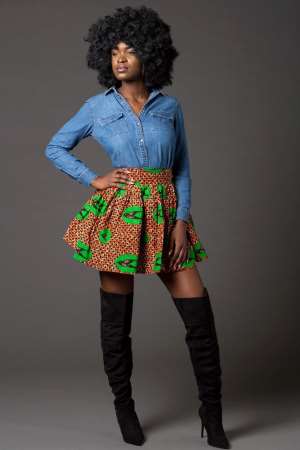 Truth be told, most men are victims of blind desire. Sex is as important to a man as food is to a hungry person. Men don’t just want sex, they need it!

Most men wrestle with the ability to think straight in circumstances where “what lies beneath the skirt” is flashed in their faces. We encounter scores of women daily, most of whom are probably quite clueless about the number of times in a day that the male mind vividly imagines some women in their birthday suits or in various suggestive positions.Imagine a first encounter between two highly attractive persons. He smiles at her and chances are that she smiles right back at him. “Oh, he seems nice.” she may say to herself. There appears to be an instant connection and from her view, the connection is most likely romantic. To him, the attraction may be something completely different. Well, behind that dazzling smile may lie the true nature of what’s actually bubbling underneath so to speak. He may have smiled at her because he mentally bent her over a table and hiked up that alluring skirt.

Kindly permit me to walk you through the inner workings of a man’s mind should you cross his path and he finds you incredibly desirable.

The more attractive the woman, the more vivid the fantasy. Yes, we are indubitably victims of carnal desire. The world underneath your skirt is like candy to the souls of most men.

Ladies, realize it or not, you possess one of the most valuable commodities on earth that most men want and need terribly. At some point in your existence, you certainly discovered that you have a luxurious place which has tremendous power and influence over most men. Throughout human history, this luxurious commodity has started wars, ended lives, ended marriages, ended careers, generated criminal activities in some men and in a few cases, driven some men utterly insane. Yes, that world underneath your skirt can create absolute anarchy, one of the highest order.

The same commodity, however, can create beauty and wonders. You have created generations, natured and cared for humanity since the dawn of time. To the world of most men, you are a timeless star with an impregnable influence and power to deliver crushing pain in some cases and dizzying pleasure in others. The chaos and charms “the world under your skirt” unleashes, holds little to no boundaries.

Let’s rummage through the facts. More often than not, some women have used the power underneath the skirt to get what they want. In most normal romantic relationships, you usually get to decide when, where and how often we are going to engage in sex. You have used the mirage of opening the world under your skirt to some men to sway decisions in your favor and to your benefit. Gone were the days when men used their position in society to suppress your power. Now, we are the ones trying hard to appease you. You have the power to seduce and with a stockpile of lethal arsenal. When feminine charm ignites, be rest assured that all bets are off. The ignition is employed to garner whatever your hearts desires. You laugh at our silly jokes, touch us seductively, flatter our egos and before long, we are completely at your mercy.

It is interesting to note though that most of us are fully aware of your tactics. We know when you are dangling the world underneath the skirt like a carrot to trap unsuspecting men. Trust me, we get it and we play along sometimes. Yet at some point, the tipping point perhaps; our carnal desires starts to chip away at our ability to reason. When you crank up your prowess, you can render most of us powerless as you leave a stain on our souls; that longing stain which can never be wiped off.

You see, men have two heads; the big coconut on top of our necks and the little coconut dangling in the central region. When women we find sexually desirable crank up the charm in our direction, most of us willingly yield power to the little coconut without a fight.

Those of you who are physically striking wield a magnetic charm and are resilient in your indispensability. Add the lure of the luxurious commodity underneath your skirt and you became essentially lethal. The narcissistic ones among you sometimes harness this power and cause most of us to sacrifice any semblance of reasoning. If you disagree with me, I have a name for you; Bill Clinton.

Bill was the most powerful man in the world and held the highest office in the land. His status and position in the world did not stop him from falling victim to his selfish carnal desires when a young woman he desired crossed his path. If the President of the U.S. of A. was willing to place his “leader of the free world” title on the line, place his reputation and his family in jeopardy for a “bob on the knob,” what hope do we mere male mortals have? The leader of the free world or not, Bill is merely a mortal male first and that one escapade almost cost him everything he valued in life. Now that is what I call the power of the hoo-ha!

Ladies, the promise of sex is still one of the most powerful power play you can use on a man. Most of us find it very difficult to say no to your charms, allure, and temptations. Some men think they are in control because you are the weaker sex and prone to vulnerability. Those men are sadly mistaken and we sometimes recognize the power you wield underneath your skirt too late. The power you hold underneath your skirt is glamorous, mysterious, full of pleasure, filled with pain.

Underneath that skirt lays the power to cause some men to ignore their obligations, ignore friends, ignore their families, avoid responsibility and just basically lose any semblance of reasoning. Yes, we are definitely victims of carnal desires. Women who understand how to victimize men with the power of the world underneath the skirt are therefore powerful predators. They are the silent majority masquerading as victims yet stringing men along for the promise of pleasure like slaves.

Men, let us all take a collective pause and unequivocally acknowledge the power of the hoo-ha.