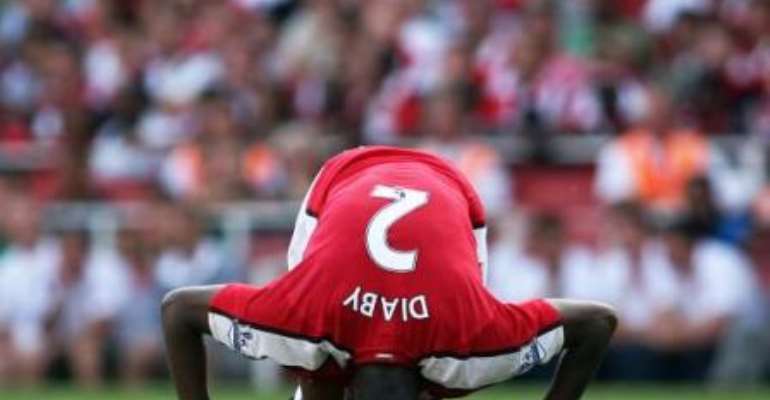 Premiership side Arsenal are preparing a new pay-as-you-play contract for injury prone midfielder Abou Diaby who will be out of contract in the summer.

The French midfielder who has seen just 66 minutes of first team action this season as he continues to battle various injuries played 45 minutes for the Gunners this week in a preparatory match ahead of their weekend game with Liverpool at the Emirate.

“I had a chat with him and told him how I can envisage the future, he has to make a decision,” Wenger said of the 28-year-old French central midfielder.

“Of course he understands completely that he has to perform and show that he can be present in a consistent way. I will see where we go from there," he added.

“I wouldn't like to go into details, because we have to meet again to see where we go from what I told him. It has to be linked a little bit with his presence,” he noted.

Although Diaby has made a limited two appearances for Arsenal in the past two years for Arsenal, he could return to first team action on Saturday at the Emirate as the Gunners seek to stretch Liverpool to a-nine-point lead on the table.

Diaby has made a total of 124 caps for Arsenal and has scored 14 times since he switched from France to London on January 13, 2006.

Below is Abou Diaby's full injury calendar since he joined Arsenal in 2006 from Ligue 1 side AJ Auxerre;

BACK
Back Injury; November 2007