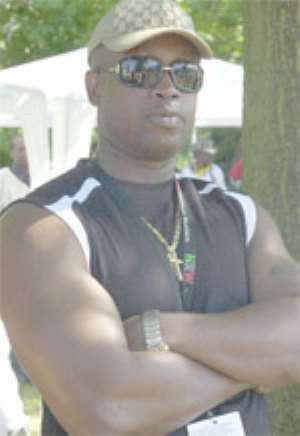 The infamous tape which recorded the conversation among then Director for Operations of the Ghana Police Service, ACP Kofi Boakye, Kwabena Amaning aka Tagor, Alhaji Issah Abass and four others over the whereabouts of the 76 parcels of cocaine, was yesterday played in court.

This was after the Member of Parliament (MP) for Kumawu in the Ashanti Region, Hon. Yaw Baah, who testified in his evidence in-chief, led by Gertrude Aikins, acting Director for Public Prosecutions (DPP), stated that he could identify the tape by the conversation on it.

Even though counsel for the accused persons, Tagor and Issah objected to the tape being played on the grounds that it had not yet been tendered in evidence, the Fast-Track High Court Judge, Justice Jones Dotse overruled the objection and the tape was played for a few minutes.

The voice on the tape was not very audible but the MP, who was a member of the Georgina Wood Committee, set up by the President to investigate the whereabouts of the 76 missing parcels, identified the tape as the one which was played at the committee's sittings.

Hon. Yaw Baah told the court that he got to know the accused persons from the committee when he and the other members were tasked to investigate some quantity of cocaine from MV Benjamin which docked at the Tema breakwaters, with a street value of $4 million and to make some recommendations to Government on the way forward.

According to him, the committee members made a passionate appeal to members of the public who knew anything about it to appear before the court to testify, and the tape was subsequently dropped by an unknown source.

The MP said they listened to the tape and realised that it had some vital information on it so decided to call the people whose voices were identified on it to come and testify.

He explained that the voices on the tape were those of ACP Kofi Boakye, Kwabena Amaning, Kwadwo Ababio, Alhaji Issah Abass, Alhaji Moro, Kwabena Acheampong and Victor Kisseh in a conversation.

Explaining further, he said the voices of those on the tape appeared to testify but they later decided not to co-operate with the committee after some of them were arrested.

According to him, the committee, after its sitting, handed their report and recommendation to the Ministry of the Interior in the presence of the Minister of Justice and Attorney-General.

In the report, they had recommended the arrest of 14 people, including the accused persons and Kofi Boakye.

Under cross-examination by Ellis Owusu-Fordjour, lead counsel for Tagor, the MP admitted there was no date and time indicated on the tape, but was of the opinion that it was the relevance of the tape that mattered to the committee.

On the allegation by Kofi Boakye that the tape was edited, the MP said he did not hear Boakye but admitted that there were different versions of the same tape.

However, he told the court that the different versions by various media houses varied from 30 minutes to an hour but the one used by the committee which was an hour and half, was the one closest to the time spent by Kofi and the others at his residence.

He further admitted that the committee, at the end of its sitting, had not been able to establish the whereabouts of the 76 missing parcels but said they were able to trace the source and those responsible for its importation.

In response to a question by Mr. Fordjour as to which voice experts identified the voices of the accused persons, he said the tape was taken to the Ghana Broadcasting Corporation (GBC) where it was transcribed.

Under cross-examination by Mohammed Atta, counsel for Issah, the MP maintained that they all admitted that the voices on the tape were theirs.

On whether he knew Alhaji Moro whose voice was also on the tape, or had any connections with the Manhyia Palace in Kumasi, he said when Alhaji Moro was questioned, he said if they knew the kind of person the Asantehene, Nana Osei Tutu was, they would have realised that he did not tolerate such acts.

The witness claimed Moro said the Asantehene would not hesitate to have any person who fell foul of the law arrested, when questioned by the Committee whether he wanted to solicit help from Manhyia.

Detective Inspector Charles Adaba was the next person to testify after the MP.

He told the court that he took over the case from the Regional Criminal Investigations Department (CID) after the matter had become a national issue.

According to him, he made attempts to get the source of the tape from media houses but they said they would not disclose their source. He indicated that he could identify the tape if it was played but counsel for the accused persons objected to this.

The judge adjourned the case to March 14, 2007 for a ruling on whether the tape should be played again.

Tagor and Issah were alleged to have agreed to seek the whereabouts of the missing parcels and share them because the booty was too much for one person to enjoy.

The accused persons have pleaded not guilty to six counts of conspiracy to commit crime, engaging in prohibited business relating to narcotic drugs beside buying and selling of narcotic drugs.

Reopening Of Schools: Not Testing Students, Staff Dangerous,...
43 minutes ago