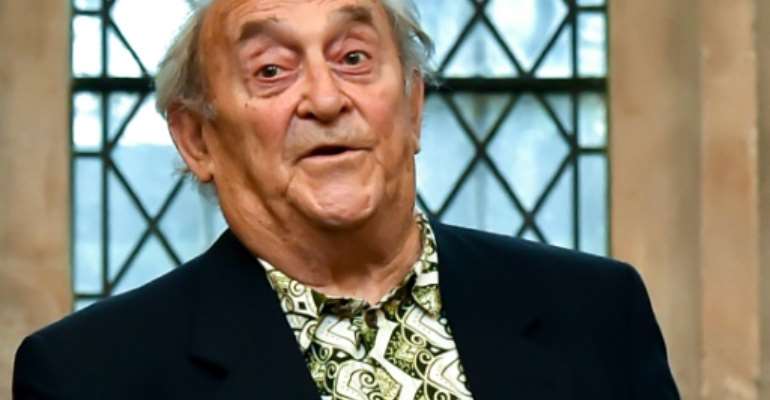 South African activist Denis Goldberg, one of Nelson Mandela's closest colleagues in the struggle against apartheid, has died aged 87, his foundation announced on Thursday.

Tributes poured in from all sectors of society, many acknowledging Goldberg's humanity and fight for justice.

Goldberg was among the African National Congress leaders and others sentenced to jail for sabotage along with Mandela in what became known as the Rivonia treason trial.

He was the only white man among many 150 people arrested in a police raid on their hideout in Rivonia, north of Johannesburg, in 1963.

"Somehow I understood that what was happening in South Africa with its racism was like the racism in Nazi Germany that we were supposed to be fighting against," Goldberg said last year.

"You have to be involved one way or another. That's what I grew up with."

In 1961, a 28-year-old Goldberg joined the ANC's military wing, where he made use of his technical skills as an engineer to manufacture bombs and explosives.

He died just before midnight on Wednesday after battling lung cancer and a heart condition.

"His was a life well-lived in the struggle for freedom in South Africa," his family and foundation said in a statement.

A life of activism meant Goldberg's family was a constant target and his wife Esme Bodenstein -- also a political activist -- was subjected to solitary confinement.

Goldberg spent 22 years in a whites-only jail after his arrest with Mandela and other activists including Walter Sisulu, Govan Mbeki and Andrew Mlangeni.

He joined his family in London after his release, where he continued working for the ANC until white minority rule ended in 1994.

After the fall of apartheid, Goldberg founded the Community Health Education and Reconstruction Training organisation to help improve the livelihoods of black South Africans.

His first wife died in 2000 and Goldberg returned to South Africa two years later, where he remarried and served as a government adviser.

The Nelson Mandela foundation called the octogenarian "a true patriot".

The foundation's chief officer Sello Hatang described Goldberg as a friend and "constructive critic" with a "naughty sense of humour".

President Cyril Ramaphosa said Goldberg's "ethical leadership was unflinching" and key to a "movement of veterans of the struggle calling for reassertion of moral centre in society".

His "natural compassion shone like a candle, attracting and connecting like-minded individuals and institutions wherever he went," the Desmond Tutu foundation said in a statement.

"A giant has fallen," said the South African Communist Party (SACP), recalling the ingenuous way in which Goldberg used wind to distribute pamphlets from the roof of his car during the 1950s.

"That is the creativity of a communist engineer," the SACP said. "A revolutionary has breathed his last breath."

Receiving a high-profile honour in London in 2016, Goldberg said there was "a long way to go" on race relations in South Africa.

"The racial segregation was burnt into the minds of every South African," he said.