Very necessary! The reason for going back to the IMF is unquestionable. 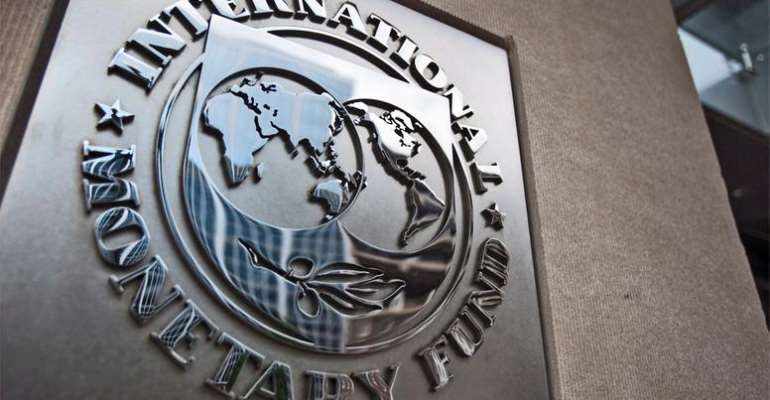 2. The free SHS which is mostly financed with our crude oil revenue has seen a sharp drop in global price and this has been consistent for a while now. The Persians and Gog of Magog won't stop at it so it's expected to drag for a little longer.

Folks, the looming economic depression which is expected to hit the world after this bio weapon is brought to its knees is inevitable.

I did a measure to measure talk with Courage (a good friend in the finance sector) yesterday via the phone and its not looking good at all.

This era will be as when the Bible said; People will kill their children to eat. The Bible wasn't talking about flesh in that passage. What MAY happen after this era depicts the exact meaning to that passage. Economies will be stretched beyond limit. Governments may result in printing more currencies which in itself is a bad economic precedent and a big enemy to inflation.

I predict now that Ghana will pull lots from its reserves to survive ( the emergency IMF bailout won't be enough considering the several statutory backlogs of payments ahead) this and in the process, this will trickle down to higher exchange rates which will affect inflation drastically. The cost of goods n services won't be spared.

I again predict that, right after this COViD era, dollar will become scarce cos traders will rush down to triple importation in an attempt to stock goods but for the recent measures of the BoG in the forex sector...

Let's stay strong and keep Hopes alive!
US Fed has already cut its rates to zero! This is historic as the great depression in the earlier days didn't see this happen!

The US Senate per my last check is pushing the Dems to side with them for about 4 trillion dollars to put physical cash (amongst other draconian measures) in people's pocket.

Governments will have to double their efforts to keep industry and businesses alive after this. Issues of rents and utilities will play hugely in the expected stimulus packages of economies around the world. The US president is focusing most on the Micro businesses and SME's than industry.

The Logistics sector should see a positive sign as importers will be restocking in Ghana and all over the world and exporters will see some rise in activities because their clients abroad will be in high demand of goods.

Sad times ahead amidst some small positives. Let's brace up and keep faith in Christ!