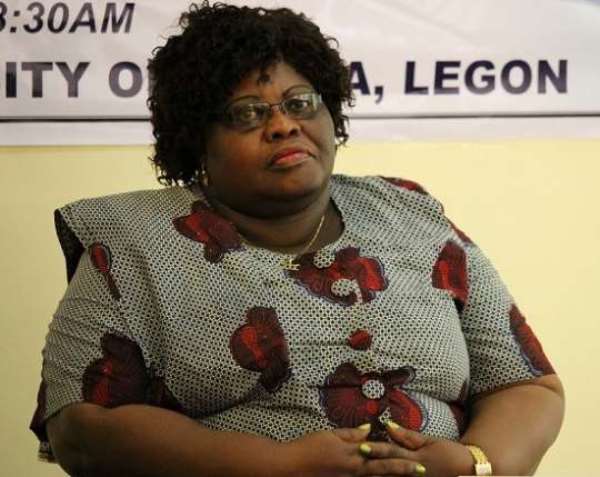 Professor Henrietta Joy Abena Nyarko Mensa-Bonsu, a Professor of law at the University of Ghana (UG) has been nominated to the Supreme Court by President Akufo-Addo.

In her profile, it stated that Prof Mensa-Bonsu's maiden name is Banful, is the immediate past Director of Legon Centre for International Affairs and Diplomacy (LECIAD) and the President of the Ghana Academy of Arts and Sciences (GAAS). She is the third female to hold the position of President of the Academy.

She attended Wesley Girls High School in Cape Coast from 1970 to 1977, then proceeded to the University of Ghana, Legon, where she graduated with Bachelor of Law (LLB) First Class Honours degree in 1980.

From there she pursued the professional law at the Ghana School of Law from 1980 to 1982 and was called to the Bar in 1982. In the course of time, she went to the Yale University in the United States of America (USA) where she obtained a Master of Law (LLM) in 1985.

Prof Mensa-Bonsu came back to Ghana the same year she had her LLM and was employed by the University of Ghana, Legon, as a lecturer with the Faculty of Law and rose through the ranks to attain full professorship in 2002 and in 2003, she was elected a Fellow of the Ghana Academy of Arts and Sciences.

Prof. Mensa-Bonsu teaches Criminal Law, Jurisprudence and Conflict Resolution Theory and Practice at the Faculty of Law, University of Ghana, and serves on a number of Boards of the University.

She has served both on local and international platforms including serving on the Legal Committee of the Ghana National Commission on Children; and represented Ghana on the Inter-governmental Meeting of Experts on the Draft African Charter on the Rights of the Child.

She also served as member of the President's Committee on the Review of Educational Reforms, the National Reconciliation Commission and the Ghana Police Council and served as the former Deputy Special Representative (Rule of Law) to the United Nations Secretary General Ban Ki-moon, for Liberia in 2007.

Prof Mensa-Bonsu was also the ECOWAS nominee on the International Technical Advisory Committee for the Liberian Truth and Reconciliation Commission; and Vice-Chairperson of the ECOWAS Working Group on the Harmonisation of Business Laws on non-OHADA States.

Academically, Prof Mensa-Bonsu has received awards for meritorious service such as the MaCallien Prize for the Best Graduating Student in Volta Hall (1980), McDougal Fellowship from the Yale University (1984), the Fulbright Fellowship (1991) and the ACU/UNITWIN Fellowship for Women (1994).

She also served as a member of the National Reconciliation Commission and the Emile Short Commission to investigate the Ayawaso West Wuogon by-election violence.

Currently, she serves as a Governing Council Member of the STAR Ghana Foundation which is the highest decision-making body steering the affairs of the Foundation.

The announcement was made by Professor Aaron Mike Oquaye the Speaker of Parliament, in a communication read from the President on Thursday, 19 March 2020, who referred the four to the Appointments' Committee of Parliament for consideration.