Ghana Vision 2020: The Successes And Failures 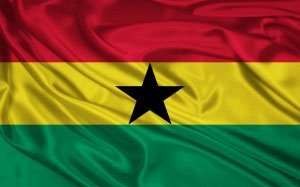 In 1995, the NDC government led by Jerry John Rawlings launched a vision 2020 document that was put together by the National Development Planning Commission (NDPC) as Ghana’s blue print for sustainable development. The long-term vision of the document was that “by the year 2020, Ghana would have achieved a balanced economy and middle-income country status and standard of living, with a level of development close to the present level of development in Singapore”.

The 25-year development plan was set to be achieved by creating a robust, diversified and commercially-based agricultural sector with strong linkages to an efficient, technologically- progressive and market oriented industrial sector, both of which sectors pay due regard to the maintenance of a sound sustainable environment as well as the generation of employment opportunities, including self-employment. Such a transformation of the country’s socio-economic structure was to involve not only economic changes but also reforms in land tenure, legal and administrative systems so that they were fully supportive of private sector development, including promotion of foreign investment.

Speaking on the Super Morning Show programme on Joy FM, Professor Stephen Adei, chairman of the National Development Planning Commission decried the lack of commitment on the part of successive governments to work towards the achievement of the long–term development plan. According to him “the 25-year development plan would not be gathering dust on the shelf if successive governments had instituted clear – cut framework within which target would be implemented”.

We are in the year 2020 but Ghana has failed to achieve the objective of vision 2020 comparing Ghana’s today with the economy of Singapore in 1995. In 1995, Singapore had a GDP of 87.89 billion dollars. Today Ghana’s GDP is around 65.56 billion dollars and GDP per capita is projected to trend around 2,100 dollars. Unemployment rate in Singapore in 1995 was 3.3% and in 2019 Ghana had unemployment rate 6.78%.In fact Ghana’s economy in 2020 cannot be compared with the economy of Singapore in 1995 in terms of infrastructure, standard of living and quality of life.

Although Ghana has failed to achieve the target of the vision 2020, our economy is one of the fastest growing economies in Africa. We have made a major progress in the attainment of and consolidation of growth. Significant progress has been made in poverty reduction. In fact Ghana was the first country in Sub-Saharan Africa to achieve the Millennium Development Goal I, which is the target of halving extreme poverty. There has been improvement in the health delivery system and socio-economic infrastructure. According to IMF, GDP per capita has increased from 517.8 US dollars in 1995 to over 2000 dollars in 2019.

Though Ghana’s growth has been fairly robust the source of growth has always been biased in favour of extractive industries and service sector which do not have direct poverty reducing effect. As a result, poverty endemic areas are constrained by infrastructure such as roads that link their economic activities mostly farming to urban market centres. The business climate in Ghana is still weak and continues to hold back productive investment, particularly in the area of manufacturing. The business community is often constrained by lack of access to credit especially for SMEs to enable them to expand production to create jobs and improve incomes of citizens.

The agriculture sector, particularly the food crop-sub-sector continues to be rain fed and the adoption of ancient old farming techniques. Our farmers still rely on hoes and cutlass as their farm inputs. The techniques used to cultivate the soil are far behind what have been adopted in Asia, North America and Europe. For a country, with such a vast arable land, a booming young population and conducive tropical climate, it is surprising that Ghana is not a net exporter of food.

There is still high unemployment among university graduates in Ghana. This is because University Education focuses on student’s admission standards, lecturers’ academic qualifications, rigorous examination protocols, degree programmes requirements with little or no attention paid to pedagogy. Abstract facts, figures, theories and concepts are thrown at students without stimulating them to think critically, creatively and analytically. Some lecturers are sole actors in the classroom, turning students into mere spectators. This does not stimulate the intellectual curiosity and creative development of students. No wonder there are people in Ghana with university degrees struggling with survival because they cannot create jobs for themselves.

The major reason why Ghana could not reach the target of vision 2020 is bribery and corruption. Corruption has been with us since independence. Since 2006, Ghana’s score and ranking on the Transparency International Corruption Perception Index has been low. Petty and grand corruption keep on rising and businesses frequently quote corruption as an obstacle for doing business in the country. Corruption in Singapore is generally perceived as one of the lowest in the world. Cases of corruption are quickly handled by the Singapore Corrupt Practices Investigation Bureau (C.P.B). According to Transparency International Survey, an overwhelming majority of people in Singapore have not witnessed cases of corruption by public officials or institutions in their lifetime.

Another significant reason why we are still where we are today is traditionalist conservatism which places a strong emphasis on the notions of customs, conventions and traditions. We are slow to transform our cultures, social institution, social systems and structure. We are not ready to amend societal norms, standards, behaviours and values to suit modern trends of development. We always want to stick to traditions handed down to us by our forefathers. We want to maintain practices and beliefs that have no logical or scientific basis.

Singapore did not achieve their level of development on a silver platter. They worked for it. Singapore’s socio – economic transformation has not been one of slow evolution, but rather a set of giant leaps from one epoch to another. Their transformation plans have always factored in changes in local and global trends, and ensured that their transformation agenda remains relevant to address future challenges to meet the needs of Singapore.

Our economy will be in stagnation if we do not change our development paradigm to save Ghana from wallowing in such unsatisfactory conditions. We need a total and drastic transformation of our economic and social institutions and it should be now! We must change our outmoded cultural practices and our belief systems. We need to embark on industrialisation and modernise agriculture to improve the standard of living of the citizenery.Corrupt people must be punished to prevent monies ,meant for development ,going down the drain to change the destiny our dear nation.