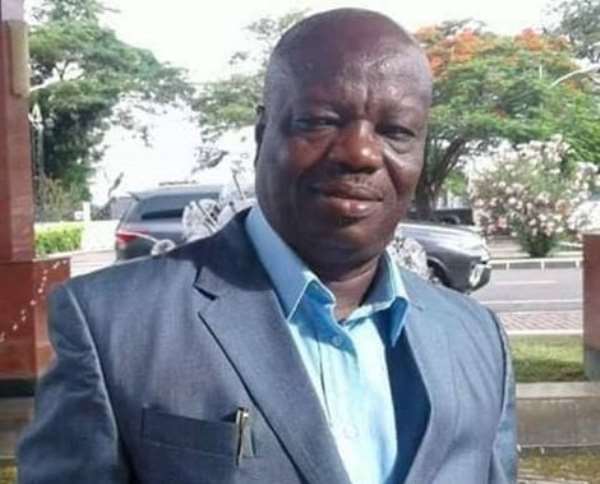 'The realisation of this vision will of course involve significant changes in all fields of human endeavour and in all spheres of life. In essence, it would entail the structural transformation of the economy, correction of socioeconomic imbalances, enhancement of the role of the private sector, strengthening of the physical and social infrastructure, provision of greater access to social and economic amenities and fostering of positive moral and cultural values. (These were part of the Foreword, written and signed by the then President of Ghana, ex-President J.J. Rawlings to the Ghana-vision 2020: THE FIRST MEDIUM-TERM DEVELOPMENT PLAN (1997-2000).

Some 25 solid years ago, this nation was awakened from its slumber after tinkering with Economic Recovery Programmes (ERP), Structural Adjustment Programmes 1 and 2 (SAP) and other allied economic recovery programmes aimed at resuscitating an economy which had been in decline since the late 1970s. A lot of draconian economic measures with their attendant social difficulties were imposed on the people. The policies were supported with whips which made it very difficult for the citizenry to express their views about them, let alone, offer divergent opinions. The culture of silence was born in that era.

The weakness and strengths of these policies notwithstanding, the wind of political change globally, following the collapse of the Berlin wall in Eastern Europe and the perestroika and glasnosts in the then Soviets Union, many authoritarian regimes changed their political directions from 'one man show of power' to some semblance of multiparty democracy where the citizenry or at least a section of the citizenry were given the opportunity to express their views on matters that affect the collective good of the majority of the people.

Prior to that, it was common to hear politicians and policy makers, shouting 'water for all by the year 2000, health for all by the year 2000 and on and on they shouted their voices hoarse. It was within this period in 1996 when the nation decided to develop a blueprint that was supposed to be the guide lines for the nation's development, taking into consideration, all the critical areas of the economy holistically for its national development in the next 25 years.

The document had the first Medium-Term Development plan which began from 1996-2000, which came to be known as the 'First Step' was to use the first five years as a foundation stone from 1996-2000 'to consolidate the gains so far secured over the past decade and to lay the foundation for accelerated economic growth and human development from the beginning of the 21st Century.

The plan according to the document for the first step 1996-2000, was to lay a sound foundation for accelerated economic growth and human development in the early years of the 21st Century. The plan was essentially human-centred and its thematic focus was on: Human Development, Economic Growth, Rural Development, Infrastructure and enabling environment.

A total expected inflow of ¢198.00 billion of old into the Ghana Education Fund (GETFUND) was in arrears by the end of 2000, while educational infrastructure at all levels were dilapidated and basic exercise and text books at various levels of our education were absent. The economy as at the end of 2000 which was supposed to be the end of the 'First Term' and the foundation stone was the worst in over 14 years. Incidence of poverty was alarming and not good enough to use as foundations towards the attainment of the overall goal of Vision 2020.

The nation therefore entered the 21st Century with very weak fundamentals, in fact the nation had long been declared as a highly indebted poor country, a situation which made Ghana a high risk nation for both external borrowing and foreign investments. A nation with so much domestic debts resulting from the excessive borrowing by government who in the process crowded out the private sector, an economy which had almost grounded to a halt, could not have been good to support our development objectives in the coming years.

Rural infrastructure had declined in mass to the point that rural dwellers had no business continuing to live there. By the end of the First Step period, many young and energetic rural dwellers had taken their steps to move out of the suffocating rural conditions that made them look like sub-human species. Roads were so poor, potable water was a very scarce commodity for many rural dwellers, even though the provision of electricity to rural areas had improved over the years, there were still a sizeable number of rural communities without electrification.

Educational standards were falling on the basis of poor educational infrastructure, lack of decent accommodation for trained and posted teachers to many rural communities, inadequate learning and teaching materials for both pupils and teachers and lack of incentives to encourage newly trained teachers to take up appointments in very remote areas.

The socio-economic environment of Ghana by the end of the year 2000 was so bad that the nation had become a laughing stock in the eyes of the international community. Personal insecurity was mounting by the day leading to the abduction and murder of women all over the country among others. Unemployment was rising because local businesses were collapsing, the manufacturing sector was contributing very low towards the GDP and the economy was not growing.

We failed woefully in the First Step programme which should have propelled us in the Vision 2020. Perhaps we all sat down thinking that 2020 was never going to come. Nations have developed on plans and goals they set for themselves. They worked on them. They set the rules, the dos and don'ts and monitored what was being done; they evaluated the outcomes

vis-à-vis inputs. They ensured the continuity in set programmes, the leaders were all ready for the national objectives irrespective of who initiated what and where they got to.

While I agree that changing circumstances and situations may require a review of original plans and activities, variations in planned activities and programmes are meant to strengthen them and achieve original set goals and not to as it were pull everything down and begin all over again when there is no need for it. This is what happened to our Vision 2020 which became blurred just at its first stage.

Daavi, I pomised not to visit you this year oo, but some cold oo. Just give me three tots for the beginning.