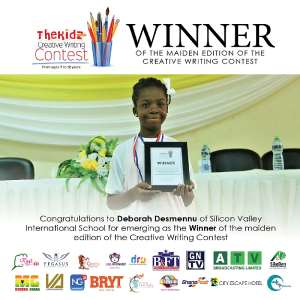 The finals of the maiden edition of The Creative Writing Contest was held on Saturday, 2nd November 2019 at the Vice-Chancellors Ghana Office Complex, Accra. After a keenly contested competition, 10-year-old Deborah Desmennu of Silicon Valley International School was adjudged the winner.

She beat nine other brilliant contestants to win the finals. Joshua Desmennu of Silicon Valley International School and Kendra Tornyi of Wajir Barracks ‘‘B’’ Basic were adjudged 1st Runner up and 2nd Runner Up respectively.

Deborah Desmennu won a cash prize of GHS2,500.00 while the 1st and 2nd Runners Up received GHS1,500.00 and GHS1,000.00 respectively. As part of the winning package, Deborah’s maiden book will be fully funded and published by headline sponsor, El-Evangel Publications.

All three winners were given storybooks, stationery supplies, and products from sponsors. All other top 10 finalists and top 40 contestants also received consolation prizes. The winners will also enjoy a fully expense paid trip to Pegasus Aviation Academy and an all-day treat at Cocos Family Circle.

The finals was attended by distinguished guests, parents, guardians, other contestants, teachers, writing enthusiasts as well as other stakeholders who commended organisers for such a laudable initiative.

Mr. Robert Amoafo, Country Director of Amnesty International highlighted the importance of reading and encouraged contestants to be ambitious and never limit their dreams.

The Executive Producer of the Creative Writing Contest, Solomon Sedinam Agbemenya underscored the need for corporate bodies to support such an initiative in the future so as to encourage and further reward participants of the contest for their excellent delivery and creativity. 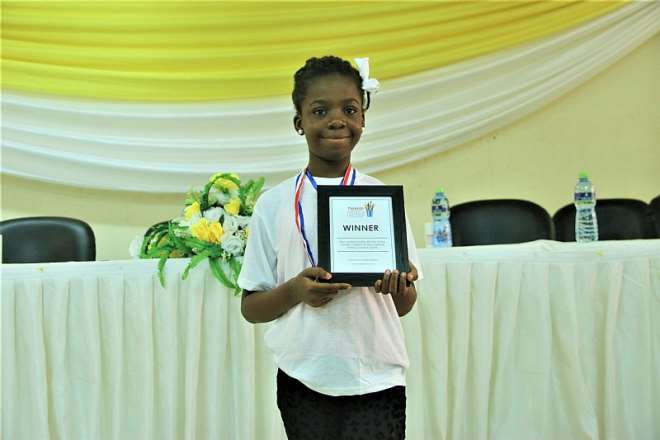 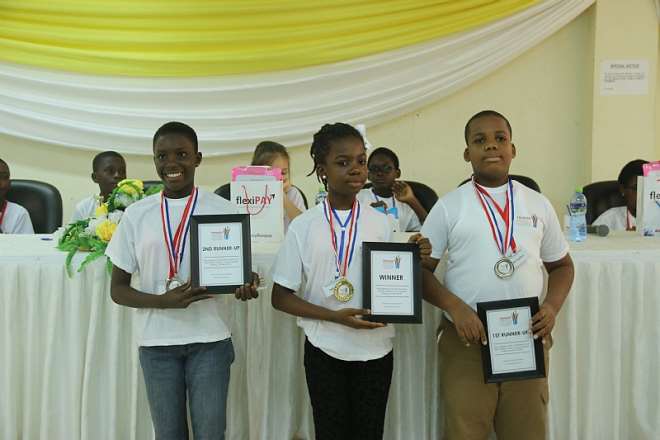 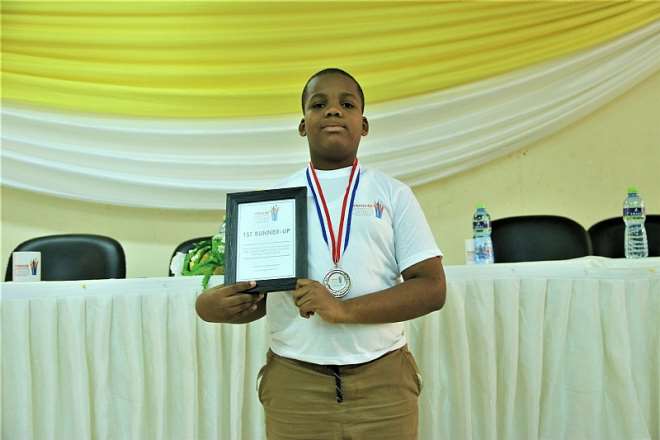 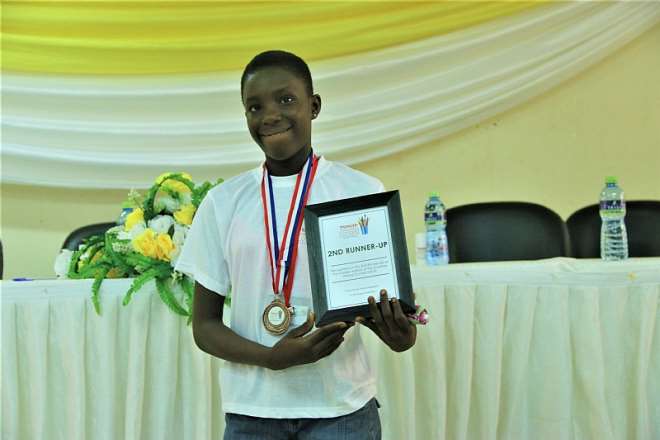 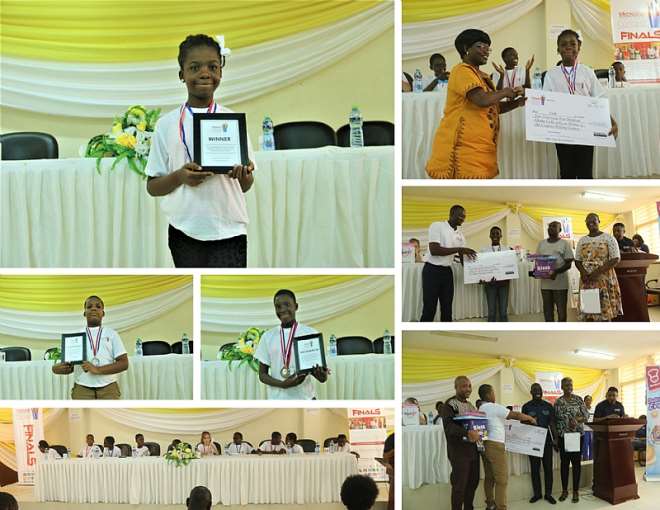 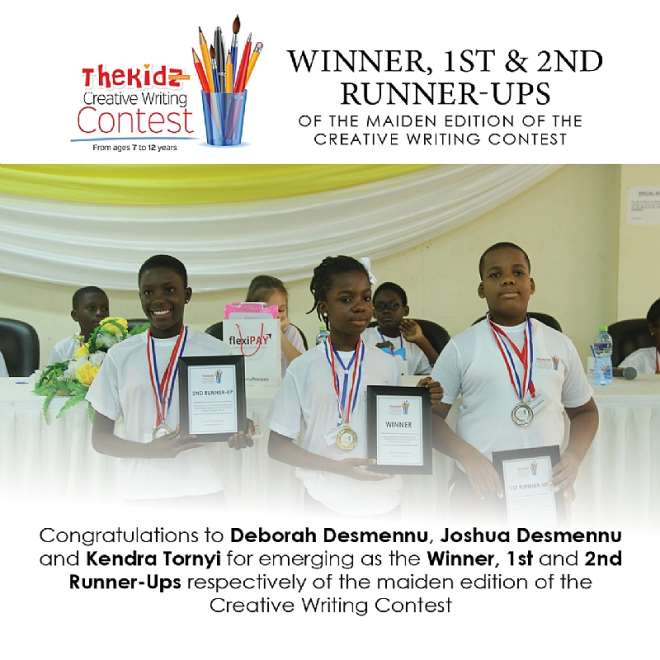