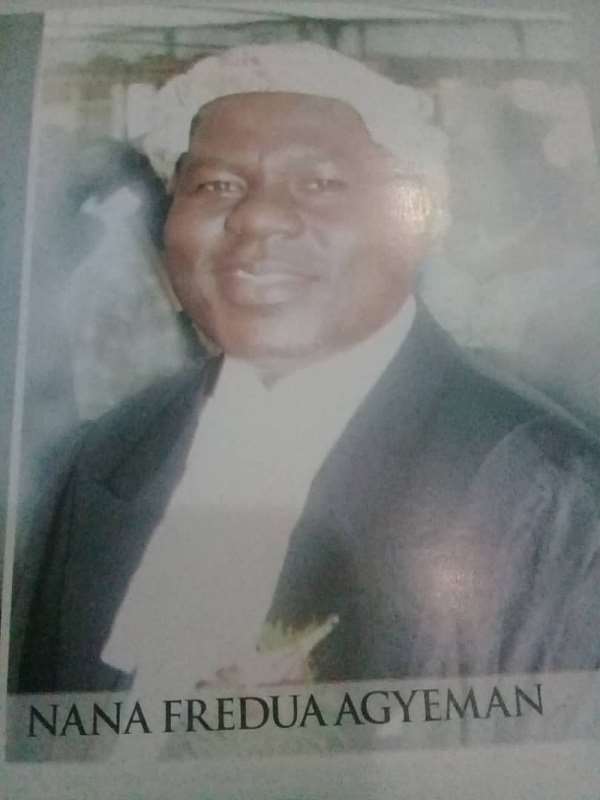 The Private Newspaper Publishers Association of Ghana (PRINPAG) has received with shock and dismay the death of Nana Fredua Agyemang a founding member of the Association.

In a statement signed by the Executive Secretary of PRINPAG, Kenteman Nii-Laryea Sowah, the late Nana fredua Agyemang was a Journalist, Newspaper Publisher and Lawyer. Was a two-time Awardee of the Ghana Journalists Association in the 1970’s.

The Advisor as he was popularly referred to during his University of Ghana school days, worked as a Political Journalist at the then Graphic Corporation in the 1970’s – 80’s. Was one of the longest serving Presidential Correspondent at the Osu Castle seat of Government. Covered several local and international assignments from the Kutu Acheampong Regime (1972 - 78); General F.W.K Akuffo’s era (July 1978 – June 1979); The Armed Forces Revolutionary Council (AFRC) Military Junta (June 4 – September 24, 1979) and the 3rd Republican Era of Ex-President Hilla Liman (September 1979 - December 31, 1981).

He was a contemporary of Ms. Elizabeth Ohene, Kofi Akumanyi, Oheneba Charles, Joe Aggrey and others.

He joined the Private Newspaper Industry in the mid 1980’s and was the Publisher and Editor of the market leader, “CONFESSION”, a Social, Entertainment and Sexy Newspaper selling over a 100,000 copies per edition.

After the introduction of the Newspaper Licensing Law in 1989, the Confession was outlawed.

Nana Fredua later founded the “YOUNG AND OLD” Newspaper, a political newspaper when the Newspaper Licensing Law was repealed in 1991 and the ban on party political activities was later lifted.

Was a founding Member of the Private Newspaper Publishers Association of Ghana (PRINPAG) in July 1991.

He later joined the legal profession as a Barrister and Solicitor after being called to the Bar in the mid – 1990’s. After practicing for several years he became the Registrar at the Ghana School of Law and retired 7 years ago.

The Executives and Board of PRINPAG express their condolences to the wife, children and entire members of the bereaved families and to the media fraternity for losing one of their greatest political journalist and sexy writers of all times.

He was the author of several sexy Novels on the Ghanaian Literature market.