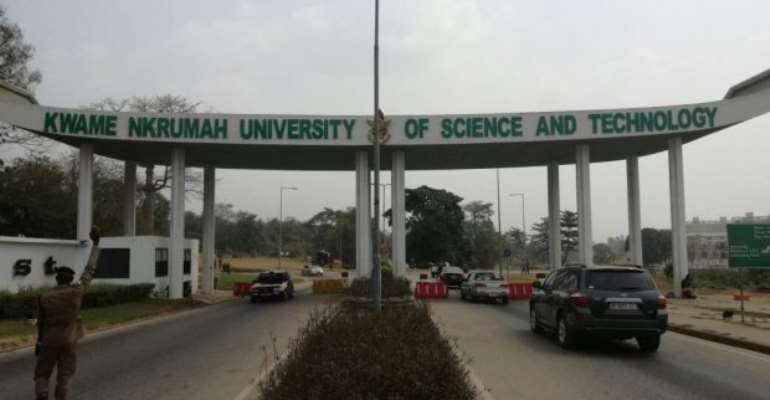 The Ashanti Regional Security Council (REGSEC) has declared the campus of the Kwame Nkrumah  University of Science and Technology (KNUST) a security zone.

This follows what the council says is intelligence it has gathered that some alumni are instigating their members and students to engage in activities that will disturb academic work and peace on the campus.

“The attention of the Ashanti Regional Security Council has been drawn to intended disturbances on the campus of Kwame Nkrumah University of Science and Technology. The KNUST campus has been declared a security zone until further notice. The Regional Security Council urges the general public to strictly observe this directive since any breaches may attract the maximum legal security penalty or sanctions associated with it”, REGSEC said in a statement.

The Council has also served notice that it shall ensure strict enforcement of the laws concerning public order, whenever they are breached. 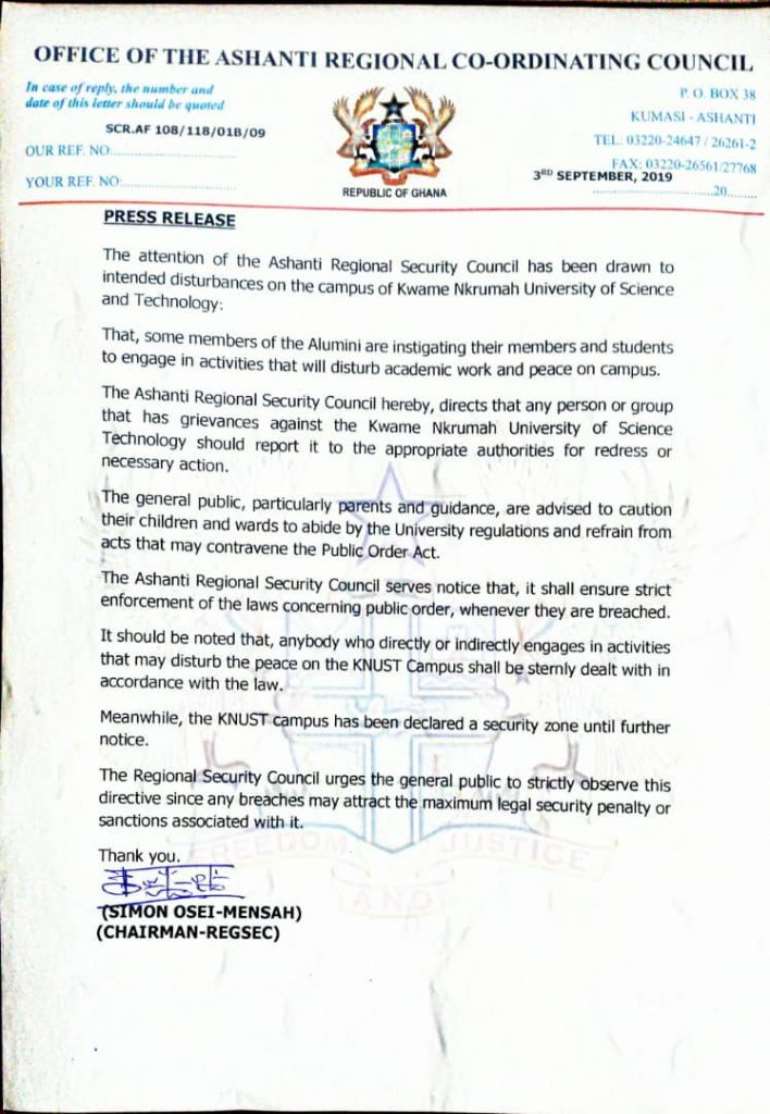 REGSEC urged any person or group that has any grievance against the school to report it to the appropriate authorities for redress or necessary action.

This development emanates from the conversion of two male halls in the school to mixed ones which led to students riot and subsequent destruction of properties estimated at over GHc1.6 million.

The rioting also  led to the temporary closure of the university.

It escalated from a demonstration in protest of the arrest of 10 students and one alumnus of the school.

The students were arrested for organizing a vigil on campus without permission according to the school authorities.

Although a committee was set up to look into the matter, much has neither been seen nor heard from the committee.

Students leadership urges calm
Student leadership at the university has also appealed for calm among members of affected male halls of residence which were recently converted to mixed ones.

The leadership says its attention has been drawn to some social media publications concerning threats of protest by some students and alumni suspected to be from the Unity (Conti) and the University (Katanga) halls.

Meanwhile, executives of the Students Representative Council (SRC) and Graduate Students Association of Ghana (GRASAG) at the University indicated that the development has caused panic among parents and fresh students who will report this week.

According to them, there is an ongoing dialogue between the University’s management and leadership of the respective halls on the matter.

They also reminded students that Chancellor of the University, the Asantehene, Otumfuo Osei Tutu II is making frantic efforts to resolve the matter as a committee he set up is yet to finalize its work.

While assuring students that they are pursuing extensive discussions with interested parties in the matter to find amicable solutions that will complement those by the Chancellor, they urged students to be patient and use dialogue to address their grievances instead of resorting to violence.