Ghana’s History Scandal; Why The 4th August Is Appropriate For The Founders Day? 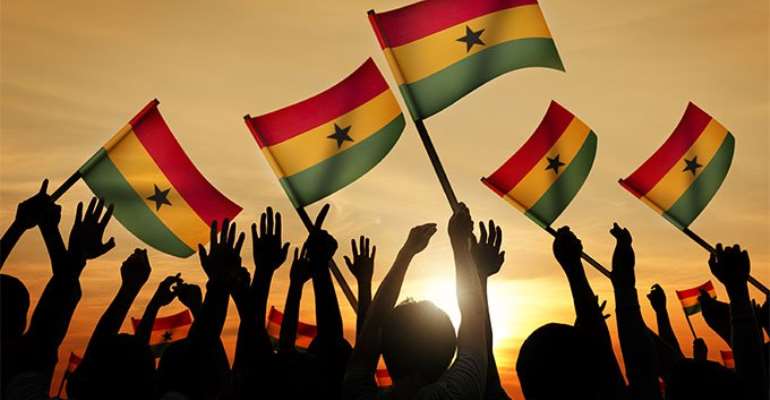 Ghanaians across the country and the world are observing the 2019 edition of Founders’ Day. Founders’ Day which is a statutory public holiday celebrated on August 4th annually. However, prior to the passing of the Public Holiday Amendment Bill into law in March 2019, September 21st which is always the birthday of Ghana’s first democratically-elected president, Dr. Kwame Nkrumah, was regarded as the Founder’s Day. It would be recalled that in 1874, Great Britain colonized Ghana, then referred to as Gold Coast. But after Britain was weakened by World War II, there was a rising desire for independence, with Ghana becoming the first sub-Saharan African country to gain independence on 6th March 1957.

August 4th marks two important milestones in Ghana’s history which many fail to realize. Firstly, August 4th is the date for the formation of the Aborigines’ Rights Protection Society by John Mensah Sarbah in 1897, and the formation of the United Gold Coast Convention (UGCC) in 1947 by J.B. Danquah and George Alfred “Paa” Grant. Ghanaians are failing to understand the whole thing about the founder’s day and watching TV today, I realized how naive and ignorant some of our politicians are as they debate over this simple issue about who really 'Is the founder of Ghana'.

I was so amazed the kind of facts some of them were putting across as evidence to substantiate their side of the rescheduling of the founders day to 4th August. We are always keen on politicizing everything with the slightest opportunity without in fact analyzing the whole processes. What a Ghana we are in where "our leaders-Politicians" only argue along party traditions yet without much knowledge on 'History'. I wish the Constitution of Ghana can be amended and limit the qualifications for being a leader (Politicians) to only those with Political backgrounds.

Let me break it down for the interest of the good people of Ghana, I am in a strong believe as a matter of fact that, Nkrumah wasn't the only person who founded 'Ghana' and I again support the shifting of the founders day to the 4th August. No emotional attachment on this, I am just writing to explain staff base on my analysis of the juncture at the time and hence, would like everyone to debate for the posterity. We are all aware that, 4th August serves as the day the first Political party-UGCC, was formed and this party was formed to mark the struggle for independence. We are also aware that, without this party and its initial membership, Nkrumah wouldn't have been invited at the first place. So therefore, it is better we celebrate all who started the process, though, alongside the process, there were some challenges and they had to split, it still doesn't conclude the fact that Nkrumah was in the struggle alone or better still, founded Ghana by himself.

If we should all even think so, what about the notable people like Komla A. Gbedemah and others who fought hard in assistance to the realization of independence even at the time Nkrumah was in prison? Why do we sidelined them in this struggle? Why do we have "Big Six" but not "Big One"..? You know why they were called the Big Six? Well, maybe you don't....this is why the shifting of the Founders day to the 4th August is appropriate but not to celebrate Nana Addo's Father as many are following the crowd.

What about the 'Aborigine right protection society', where was Nkrumah? I like and admire his leadership mad radicalism, but his imprudent for things messed us up. We have to give credence to all especially, those who started the struggle before inviting Nkrumah to join. Without Paa Grant, who supported and financed the formation of the UGCC, the party wouldn't have been formed and hence, Nkrumah wouldn't have been called upon to serve as secretary. God is wonderful.

If they were not all Lawyers and could take full part (Active) in politics, I am of the view that they wouldn't have invited Nkrumah and Ghana wouldn't have even gone that stress of gaining its independence. If Ghana had gone through the step by step means of gaining its independence lawfully, our democracy would have been consolidated long and not collapse severally. You are also aware that the young lawyer- Williams Ofori Atta, couldn't combine his career with being the secretary for the party and had to recommend Nkrumah right. Let say if he were able to, would they have invited Nkrumah? And if Nkrumah had not come, would Ghana had been able to be totally free? That is the dilemma!

The shifting of the founder’s day is appropriate and I like the fact that it was shifted. But in all, Ghana had great leaders and we are proud of them!!! I always serve the interest of the citizens and together, we shall effect the Change we want in our nation. If history should be rewritten, then the time is now for us to write it.

Our only problem in Ghana is ignorance, we support and follow what do don't know about and that is why we aren’t going far but battling with one issue to the other. I stand for the interest of the people and together, we can fight for our own future for our leaders have failed us woefully.