Crime And Politics Over Humanity 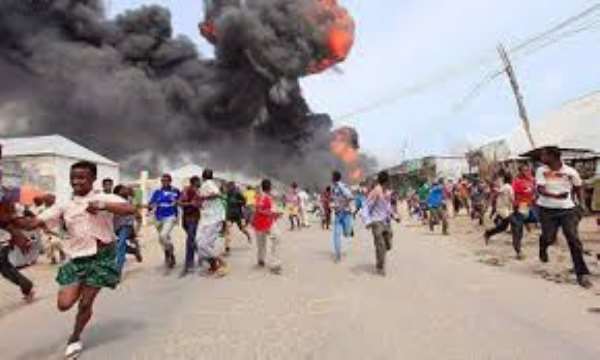 Over the years, highly organized crimes on the increase deteriorated the society; destroying farmlands, killing millions of people, abduction of both citizens and foreigners, ripping off society, and leaving indelible scars, after the resolution of the war. Children are forced to join violent crimes in eradicating their opponent. The agony of the people not attended with care instead of leaders’ greed for power, humanity is fading.

Crime and war increase has caused insecurity, hindering socio-economic development and sustainability. Multiple criminal groups, including terrorists, drug smugglers, kidnappers, e.t.c. are secretly backed-up by political leaders and powerful businessmen to rule out their opponents for more wealth and power. The threats of organized crime extend into intimidation. Humanity is not pardoned for gains. The significance of this stands out in disturbing wise

War at Sierra Leone, Iraq, Afghanistan, Russia, Israel, Sri Lanka, South Korea, and other parts of the world have destroyed humanity through organic bombs spreading epidemic diseases, firearms attacking waves of enemy troops, captivity, dead bodies are left to rot in open spaces yet these leaders have no pity rather they keep pushing their diabolic agenda to achieve their selfish goals. The world is experiencing a series of violence due to economic gain, territorial gain, religion, nationalism, revenge, civil war, revolutionary war, defensive war

Most often than not these criminals are hired or employed orphans, vagabonds, and descendants of criminals accomplishing the tasks of their fathers. Orphans are used in boosting troop morale and lending humanity to the war’s devastation. The demining aspect is loyal leaders, as well as investigative journalists, who scoop out corrupt people involved in the malicious act and scandals, rebel leaders order criminals to kill them. Knowing good leaders have rebelled. Most ace investigative journalists have lost their lives for the love of truth and humanity. Killing investigative journalists or torturing them is not the best solution to silence them but that makes them loud to reveal a more hidden truth. Embracing the truth and desisting from wrongdoing perfects society. Not to talk about the likes of Franz Ferdinand, M.K Ghandi, Albert Luthuli, Desmond Tutu, Nelson Mandela as well as other great men who were a human activist and stood for peace.

More often than not victims of corruption are left to go scot freely without been prosecuted. When these authorities are interviewed based on the criminal issue they adopt the slogans of, “I don’t know anything about it”.” I haven’t seen anything of that sort”, We will investigate to know the truth”, “we are working on it”. Meanwhile, they are the mastermind or accomplice of the crime committed.

In the courtroom, most criminals are left to go scot freely without judgment because are our prison systems cannot afford to keep them. Law enforcement officials; police, judges, and prosecutors request for huge sum of money as charges from culprit to be freed. Why don’t the government do what to reduce violent crime? No wonder criminal cases are adjourned and never returned to for justice.

Notably, citizens do not trust their leaders anymore. These leaders are perceived as a repetition of dark history lurking around for destructions of humanity.

These organized crimes may disrupt political campaigns for effective elections. During campaigns, aspirants for various political parties huff and lure for a vote. After successful gains, promises made are left unfulfilled. Change must effect a positive dimension in just the airy manifesto to convince citizens.

Law enforcement agencies should be isolated from political affiliations, and law enforcement should be strengthened in an effort against organized crimes. Also, police efficiency should be improved, thus eliminating bribery and corruption as well as by increasing the number of policemen in all the corners of society reduces criminals. Strategies available for accessing concrete evidence and witnesses should be promoted in order to expose these silence around organized crime and politics.

The world is becoming smaller through globalization and modernization, as we are able to depend on each other through space and time. The inter-independency through the rapid growth of technological and international trade creates a sense of belonging in increasing peace and tranquility among various countries. Living in peace and harmony is the labor needed for sustainable development. Humanitarian advocacy should reawaken the love and the social welfare of humans ignoring the self-centered approach and the use of our self-interest in gaining temporary materialistic benefits.

Humans are what make up the world, not crime and politics!