When the country is bleeding 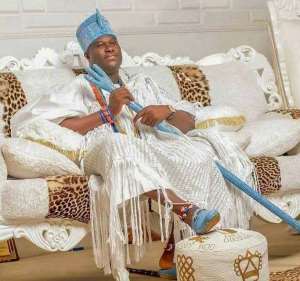 Should I say I have been rather unfortunate recently to read messages from some ignorant people casting undeserved blames on the highly respected Ọọ̀ni of Ilè-Ifẹ̀, His Imperial Majesty, Dr. Adeyeye Enitan Ogunwusi, the 5th direct descendant of the Giesi Ruling Family? The news was that the Ọọ̀ni reaffirmed his position in what he said were the family ties between the Yoruba and the Igbo tribes, and that those two major ethnic groups in Nigeria were inseparable members of the same family.

At his Ile-Oodua palace in Ile-Ife while receiving the Lagos state President of Ohaneze Ndigbo, Chief Solomon Ogbonna, who accompanied a delegation of African Farmers and Cultural Organization on a courtesy visit to his palace, the Ọọ̀ni said he was so happy to have the Ohaneze Ndigbo Lagos State President as part of the empowerment initiative visiting him. Lagos, he said, was part of Yoruba land. “We are all one. We are all the same. The history is there. The facts are there, and we should actually put these facts out. Why are we fighting? This is our root.”

The Ọọ̀ni had earlier said this and lamented that some of his Yoruba kinsmen who were ignorant of their history came out with nugatory bereavement of his position on the family ties between Yoruba and Igbo people. “We have to say the truth and the truth must set us all free. That truth is that we are blood brothers. We should be inseparable. Please feel at home in Yoruba land and respect your Yoruba brothers and sisters too.”

The Ọọ̀ni explained that the Yoruba still had the House of Igbo right in his palace till date. It is called ‘Ile Igbo’ up till now. “Our ancestors are buried and transfigured there. That is where kolanut was first discovered and nurtured. The Igbo are still the biggest consumers and users of kolanut which is only planted in Yoruba land till date. Can the Igbo do without kolanut? The ancient Igbo House is one of the most sacred places in this palace till date.”

The revered king explained that a lot of discoveries had pointed to the fact that the Igbo and Yoruba people once lived together as one family and this would be revealed to the public. We should look at things that connect us together, not those that separate us.”

I do not see what could possibly be wrong with the Ọọ̀ni initiating an intellectual discourse on the probable relationship between the Igbo and their Yoruba brothers and sisters. They both, according to historians, belong to the Kwa Family.

Shortly after his coronation in 2015, Ọọ̀ni Ogunwusi met with the Alaafin of Oyo and by so doing initiated a new era in the history of the Yoruba fiefdoms. According to Wikipedia, he effectively broke the jinx of institutionalized discord between the thrones that had plagued Ile-Ife and Oyo for decades. The Oba is known as an advocate of the empowerment and emancipation of women and young people. He has transformed Ile-Ife into a tourist zone, with changes including the beautification, redesign and re-construction of the ancient city.

Oba Ogunwusi is also a renowned philanthropist who is committed to humanity and an advocate for the less privileged in the society. Over the years, he has granted support to the less privileged in various communities through the House of Oduduwa Foundation and, recently, through Hopes Alive Initiative. He is obviously an educated man. If he decides to stimulate an intellectual conversation in the media along the line he feels concerned about, that is not a reason to shout "crucify him, crucify him".

So, people like Remi Oyeyemi must appreciate that the days of extreme tribalism are fast wading off. That the Ọọ̀ni started a conversation which is likely to draw intellectually-minded southerners and even northerners into a debate from which many ideas could emanate which would eventually become relevant to our knowledge of who we are cannot make his stool any less revered than it has always been. The stool does not make the king a slave. Besides, not many of these people who think they understand the king know where he is coming from. I think he is more concerned as a king with the stability of his country, Nigeria. Who else could be wiser than the king who cries and points at where the injury pains most when his country is bleeding?