The America That Is Not For Me: Part 29 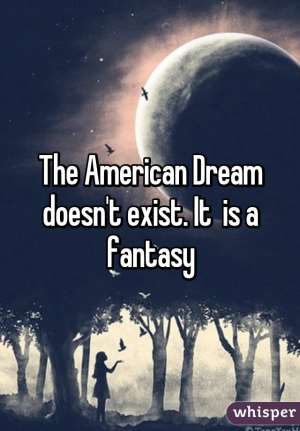 In fact, it caught my attention simply because of the way she described it although she did not necessarily do so from the viewpoint of the contextual generality of American sociologists Bertram Raven's and John French's conceptualization of it.

This could be readily inferred from her simplistic intellectualization of the subject matter. In her presentation, Dr. Tyler simply referred to referent power as a constituent of the five typologies of social power.

The others are legitimate power, expert power, reward power, and coercive power. We were required to watch this video as part of our interprofessional education (IPE) class.

An interesting aspect to my position here though, with particular regard to my understanding of her presentation, afore-mentioned, is that I have always acknowledged variants of this captivating typology of power, referent power, as a defining force to reckon with, and, accordingly, deemed it a necessary focal point for any useful discourse that focuses on it as a foundational chaperonage of power dynamics in the specific spheres of professional and non-professional relationships.

In other words, I have always practiced referent power throughout my professional and non-professional existence without being aware the concept has always been a major focus of vigorous intellectual or academic inquiry in the social sciences, for instance.

The concept itself is not strange to African philosophy, traditional or academic. In fact, the late Nelson Mandela and Desmond Tutu captured this fundamental idea in what they called ubuntu.

Ubuntu encompasses reciprocity and neighborliness as it relates to expressions of respect.

Also inherent in this progressive idea, of ubuntu, that is, is the moral urge to uphold the worthiness and dignity of the human person without political, racial and ethnic, religious, and gender biases.

Exercising ubuntu does really not matter what the contextual expression of it really is, whether it is viewed in a professional or non-professional framework.

Put simply, reciprocity or mutuality of respect takes precedence over other defining priorities of interlocking social-political responsiveness in human relations, in an otherwise enabling environment of power dynamics defined by the progressive norms of human civilization, when this question of precedence of power dynamics is weighed exclusively in terms of ubuntu.

That is to say, I view referent power essentially as the engine of progressive psycho-socialization.

Furthermore, whether referent power should be expressed exclusively as social power, which forms the primary backdrop of her exposition, rather than political power is open to debate. I say this because Dr. Tyler's presentation did not make this seeming dichotomy clear enough. I cannot see a clear-cut dichotomy between the social and political aspects of power. Power is both social and political.

Other times, though, this seeming dichotomy could be experientially nebulous because what may rigidly pass for the social and the political in a certain sense, for one person, far from the rambling immediacy of perceptual actuality in another sense, for another person, is merely a dodgy question of what actually constitutes undecipherable overlaps in the seamless continuum of the human condition.

The central point of the preceding contention is that the convoluted matrix of professional and non-professional relationships is as much political as social. The political and the social are emotionally synonymous and magnetically expressive of the ontological consciousness and practical implications of human relations.

And it is not always easy separating one from the other, namely the political from the social, or vice versa. Man is a social being and as a result, power, one of the means through which he forges and sustains relationships, cannot exist outside the context of his intrinsic social nature.

Like before:
Political is social then!
Social is political then!
No less!
Clearly, I do not use “political” in a traditional Machiavellian sense.

Rather, I see “political” as embodying intended and unintended calculations likely to resolve into a complex relationship of unequal dichotomy.

But the expressive signature of power dynamics also can entail serious ethno-racial connotations, as well as be variously shaped by the multidimensional legacy of historical impositions, class, knowledge and belief systems, biosociality, gender relations, differential age patterns, how individuals are raised, nationality, political geography, cultural hegemony, level of national literacy, religion and culture, wealth, scientific and technological advancement of a society, bureaucracy, the level of political consciousness of a people, economic and political systems, nepotism and cronyism, game theory, organized crime and corruption, technocracy, and level of educational attainment among others.

Exercising power in the West, particularly in and across the social and political landscape of America, comes with a heavy historical and psycho-emotional baggage. The white male wields disproportionate political power and influence. In other words the white male is the voice of America. And as I noted previously, white privilege and gendered connotations of power dynamics are real, real to the extent that they probably constitute the major philosophical substrate upon which power relations in the body politic of America finds moral, political, and social expression.

Dr. Tyler’s lecture conveniently avoids discussing these theoretical questions because some of these questions are uncomfortable zones for anyone to luxuriate in, to explore. She avoids critiquing the unequal dichotomy outcomes of power relations in American institutions by employing the Afrocentric methodology, for instance, because she may not have been familiar with the enticing power of this methodology to confront the paternalistic hegemony and entrenched institutionalization of Eurocentrism in the arena of power dynamics in the American body politic.

Infusing critical theory, Asante’s revolutionary pedagogy and victorious consciousness and de-centeredness and agency, DeGruy’s post-traumatic slave syndrome, Freire’s critical pedagogy, Nkrumah’s consciencism, Crenshaw’s intersectionality, West’s race matters, Thiong’o’s and Chinweizu’s decolonizing the mind, Pierce’s microaggression, and hints of Diopian scholarship into her talk would have both enriched and expanded the depth of the analytic base of this talk.

Alas, her non-reductionist, universalist approach to contextualizing her talk on social power made it seem as if we were already in a post-ethnic, post-racial and post-hegemonic dispensation. While I will not go to great lengths to characterize her talk as substantially Orwellian or Freudian in the philosophical scope of its narrative structure, I can only say she sacrificed critical, analytic depth for the convenience of discursive oversimplification. Oversimplification, not reductionism, can potentially destroy the philosophical and epistemic beauty of an interesting subject such as power.

Oversimplification also allowed her to conveniently skirt any possible deconstructionist implications of her talk on power relations in which she merely reaffirmed the postmodernist, corporate and Eurocentric assumptions of power dynamics rather than taking an inclusive view of a subject that gave equal analytic weight and epistemological accommodation to traditional non-Western notions and exercise of power in relationships.

Power is at the heart of everything man does. It informs marriages, man’s relationship with the material and spiritual aspects of his environment, non-professional family and non-family relationships, science and the physics of the universe, superstition, social engineering and Chomskyan manufacturing consent, the language of politics and of literature, and public and international relations.

In addition, and more important is the notion that power is fungible, transferable via the elective franchise and inheritance and meritocracy, usurpatory and even stealable. In theory, equality of opportunity, of condition, and of autonomy can undermine anyone who tries to lay exclusive claim to power. In another sense, it may seem ironic and even counterintuitive to say this but the idea that power is a commodity designed for the highest bidders in any society is not farfetched. Alas, the elucidative economy of her talk meant that she could not exhaustively cover these in her public discourse.

However, on second thought, I note that in spite of my earlier position that combining expert power and referent power always seems the best option, I still hold the view that neither modality of power nor their combination is a panacea for every single context or situation.

In fact the combination becomes a catholicon only to the extent that we assume this context is universal.

Though the application of these five modalities of power may make sense in a microcosmic context, the central idea that their application may equally make sense at the level of macrocosmic realities such as the contexts of international relations, brinkmanship, and foreign policy, is not in question.

Just as some ideas suit the quantum model, others the theory of relativity, and still others Newtonian physics, and while we are on a hunt for a practicable solution that hopefully unifies quantum theory and general relativity under the umbrella label theory of everything, a workable response to nature’s contradictions whose pursuit extends far into the future, we cannot overlook the fact that similar unsettled questions exist in the social, political, and cultural arenas―thus calling her Eurocentric, universalist approach to the critical discourse analysis on power relations into question.

Blatantly ignoring the hegemonic complexion of power relations in the US probably did more to undermine the credibility of her talk than the talk itself made it seem, at least from my unique perspective on the political culture of the US and first-hand experiences since I immigrated to the US.

One, therefore, wonders how she could have skipped the conspicuous skin color of power relations in the US!

Now, given that Dr. Theresa Brown also avoids discussing the color of power dynamics in the American hospital, can the arguments Molefi Kete Asante and Ronald E. Hall advance in Rooming in the Master's House: Power and Privilege in the Rise of Black Conservatism provide commendable insights into how we can usefully point the finger of social, political and moral critique at those who own and wield the instruments of coercive power as well as of cultural hegemony, men and women who unabashedly refuse to demonstrate acts of equitability with the distribution of power and knowledge, since whoever controls access to knowledge also invariably controls power?

Even the Johns Hopkins-based Ghanaian-American scientist, surgeon, professor of facial and reconstructive surgery, and author Kofi Boahene fails to call a spade a spade in his spell-binding memoir However Far The Stream Flows: The Making of the Man Who Rebuilds Faces. In reviewing this memoir for my international readership, I wrote the following without mincing words (Kwarteng, 2018):

"But, why was he being naively apologetic about what is supposed to be irrefutable facts of history, though it is our understanding that one does not denigrate any community by stating the obvious? What is more, being unnecessarily apologetic about an obvious historic truth makes him look like a sneaky intellectual, although, once again, he manages to gather enough courage to fault some communities through his subtle language of diplomacy—in parts of his memoir. In this sense there appears to exist a trace of hesitant neutrality in his critical tone, and how he employs that critical tone in his critique of social and historical injustices. Dr. Boahene is one to carry the big stick of Malcolm X and the carrot of Martin Luther King, Jr. Both were critics of the establishment—the American state— and of its arbitrary deployment of the instruments of state power against defenseless citizens!"

Not even Kwame Anthony Appiah could muster the courage to do in In My Father’s House: Africa in the Philosophy of Culture what I am accusing others of!

'We bequeathed to Akufo-Addo gov’t two new oil fields, but w...
55 minutes ago