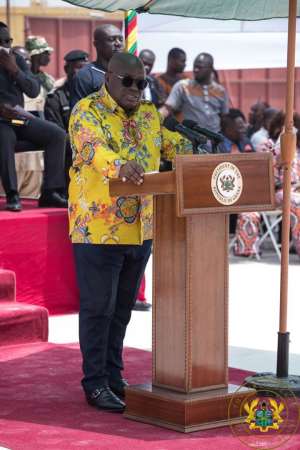 The politician knows that he cannot live without the verandah boys otherwise called the vigilante or militia guys. The fundamental problem is that the politician goes on the political platform on a promising spray, telling the people all he would do and more especially things he knows he cannot do. In Africa and Ghana especially, the citizens live on the lowest of living standards across the world. There is this old adage which says “the hungry man is an angry man”. So the next time the politician comes after unfulfilling the promises made, he fills his life is in danger. Why not then allow a police man to guard or escort him to the same people he ones lived with? The Politician sees this as unsecured because the police act professionally and with rule of law. And as we all know, before the law will act, you are dead already!!! But the vigilante goes with action to protect the pay master and his interest. It must be generally accepted that Vigilantism is a political problem and not a problem of law or a lack of legal regime.

So the more prudent thing to the Politician is to get this guys who are naturally built macho men to even scare people away from him. So wherever he goes, the impunity of unrealistic promises goes on seemingly by-force. The people are gathered at a point by the community leaders who are paid or properly put bribed too by the Politician. He comes there to meet the uninformed electorate under this forced situation, and continues the promises while the electorate sits helpless.

So the blame should not be put on the vigilante guys or the Politician. But the system should be blamed. These are now parties whose successes depend on one another. The Ghanaian voter is highly uniformed, the Politician exploits their vulnerability, fills unsecured, seeks safety in the hands of the Militia Macho Men instead of the police against the anger of the civilian and in the process we kind of make useless the democracy we claim to practice.

The solution is the Right to Information Act and the National Commission for Civic Education (NCCE). How will this work? The conditions of service of every public servant and Politician or appointee should be made public. This should include the duties every office of government their abilities and inabilities up to the president. Those who are sophisticated intellectually enough will take on the current crop of Politicians which will prevent them from amassing ill-gotten wealth to buy the services of the militia to protect that same fraudulent and corrupt wealth or interest. And the NCCE should be empowered, emboldened, and if possible forced to educate the populace with the information provided. When we have an informed populace the Politician will not promise and fill threatened to demand the service of the vigilante or militia. And their trade will become unattractive. Every crime against the Politician or any citizen will be treated criminal and the police are more than ready to deal with criminals independently. Until this is than, we will always have the Politician pay lip service to the fight against the militia or vigilantism. Mind you it's the commodity patronized only by the Politician and any other group which fills that they are living ill-gotten wealth. And innocent lives will continue to be lost as in the case of all the militia triggered violence we have witnessed in the time pass.