I See Humanity As That One Which Has No Colour 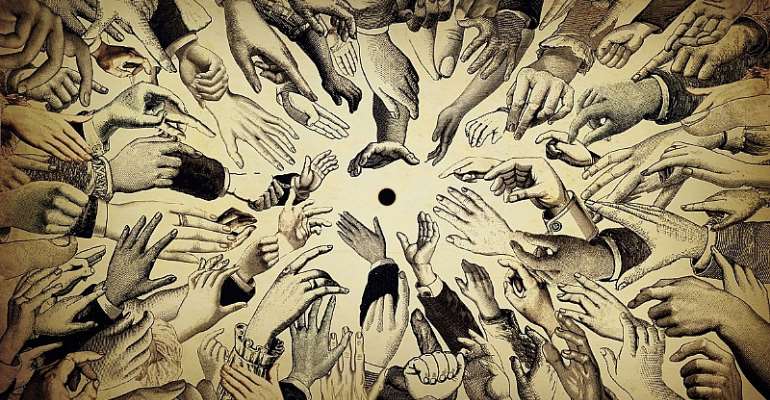 Relations among states are marked by war and concert, arms races and arms control, trade wars and tariff truces. Economic panics and a whole lot of pushed factors. To what extent should such factors be applied on one country and at what times? This question, in general, relational terms, has the blind side of international policy watch keepers and policy enforcers.

We have had a situation where a threat by North Korea amounted to severe sanctions against the regime, we have heard of allegations of the NK regime producing nuclear weapons of mass destruction, a swift move by UN policy drivers were put to play to unravel the misery; inspectors were sent to the disputed jurisdiction to ascertain and verify the nuclear claim. Even though no decisive, conclusive and clear-cut pronouncement of guilt against the Pyongyang reign, it did suffer major trade shocks and still, up-to-date.

The possibility of breach of promise of racism, colour, idealism, free speech and justice for all can impede cooperation even when cooperation would leave all better off. The heinous crime supervised by the Saudi regime calls for all world well-meaning people to stand up against the murder of Khashoggi for no justifiable reason. Under no circumstance, whatsoever, in this modern day of rule of law and "courtism" should a person be wiped away like flushing a waste of faeces. Very absurd and barbaric to its core.

I submit that this is the highest crime to ever happen to humanity. An act happening in the full glare of those who Khashoggi might have thought were his people, his friends and his fellow compatriots who desire to fight injustice, corruption and racism. Little did he know he was as naked as a newborn baby and as dead as a mortuary ghost.

I know for sure, at international levels, that when confronted with a significant external threat like that of the murder of brother Khashoggi, states may either BALANCE or BANDWAGON. So, dear Saani Adib Jatikay, where do we (GOG) stand in this matter, what about the UN, US, Britain and Germany?. I decide not to mention the likes of Russia, embattled Syria and North Korea as a lot of people have already drawn conclusions for they being against this heinous act. Russia and allies are considered balancers to this barbaric act.

Interestingly, the actions of states on a matter of this tell us where the world is heading to. We shouldn't be surprised, not at all, to see a lot of bandwagoners in secret and open support of this act. And if bandwagon is the dominant factor among states on this matter, then our world security is at damning levels, because treacherous acts by successful aggressors would be the food of the day and they will continue to attract allies. However, if balancing is more common than a bandwagon, then states would be more secure and aggressors would face stiffer and combined opposition.

On this note, I asked myself the following questions: