Standards Ought To Become The New Normal 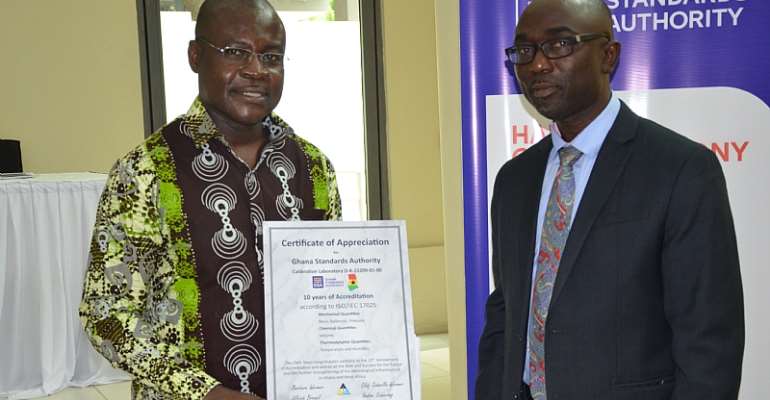 The World Standards Day is a global event marked on October 14 each year. It presents a unique opportunity to reflect on and appreciate the importance of standards in our well-being.

Standards are the basis for product quality and development control by establishing consistent production protocols that can be universally understood and adopted for quality control. Standards allow for product compatibility, interoperability and interconnectivity leading to product simplification and development, in addition to speeding up time-to-market; standards make it easier to understand and compare competing products and when globally adopted and applied in many markets, they also facilitate international trade.

Standards bring real and measurable benefits to almost every sector imaginable. Essentially, they underpin the technologies that we rely on while ensuring the expected quality.

Purpose of the Day and Background
Since its initial celebration in 1970, member countries commemorate World Standards Day with special activities around mid-October. The event pays tribute to thousands of volunteers around the world who participate in standardisation activities, together with the collaborative efforts of experts who produce technical agreements that are published as international standards.

This year, the Ghana Standards Authority (GSA) joins the International Electro-Technical Commission (IEC), International Organisation of Standardisation (ISO) and International Telecommunications Union (ITU) to celebrate the occasion with a resolve to forge ahead with an agenda of getting standards to become the “new normal in Ghana”.

The ISO, held its first meeting in London on October 14, 1946. From an initial roster of 25 countries, the ISO now has 123 member nations and has evolved into the global clearinghouse for all activities of standardisation.

About the 2018 Theme:
“Just as standards were crucial during the first industrial revolution, over 250 years ago, they will also play a critical role in the fourth.

Today, standards are once more playing a key role in the transition to a new era, the “Fourth Industrial Revolution”. The speed of change we are witnessing would not be possible without standardisation. Innovators rely on International Standards like those developed by IEC, ISO and ITU, to ensure compatibility and interoperability, so that new technologies can be seamlessly adopted. They also serve as vehicles to spread knowledge and innovation globally.

The Fourth Industrial Revolution has begun, but in order to seize its full potential for the betterment of society, standards are needed”.

GSA Role and Mandate
GSA is the national statutory body responsible for developing, publishing and promoting standards. It derives its mandate from the standards decree NRCD 173 of 1973. It is also the custodian of the Weights and Measures under a regulatory Decree: (NRCD 326, 1975).

Services offered by the Authority are Testing and Inspection, Certification, Standards Development, Calibration and Verification, Library and Information Dissemination, Training and Sensitisation and Public Education and Consumer Protection.

Some Key Initiatives
Appointment of Standards Ambassador
As part of efforts to raise its public profile and national regulatory influence, the Authority has appointed Dr Anarfi Asamoa-Baah, a former Deputy Director-General of the World Health Organisation, as the first Standards Ambassador. His role as the Ambassador is to help improve the visibility and influence of the Authority in Ghana, Africa, globally and among peer institutions.

Significantly, Dr. Asamoah-Baah is playing this important role for a token honorarium of GHS1 (one Ghana cedi) per annum.

Anti-bribery Standards Development
In September, 2018, GSA launched a 22 member Technical Committee for Anti-Bribery Management Standards. This is in collaboration with the Ministry of Trade and Industry, its mother ministry.

The Committee’s mandate is to study the ISO 37001 system to determine if it can be adopted for the country as a standard against bribery and corruption.

Bribery is one of the most destructive and complex problems of our times, and despite national and international efforts to combat it, it remains widespread.

Development of Ghana Building Code
Another very significant initiative of the GSA is development of the soon to be launched building code, a set of rules that specify the standards for constructed buildings and structures.

Ghana’s Building Code (GhBC) GS 1207:2018 is modified from an existing International Building Code and lays down the essential requirements for building and structural conformity.

The development of the Code was undertaken by GSA, for and on behalf of the Ministry of Works & Housing (MWH) with the support of the Swiss Government through the International Finance Corporation/World Bank Group, Ghana Office (IFC/WBG).

The writer is the Head of Public Relations at the Ghana Standards Authority.