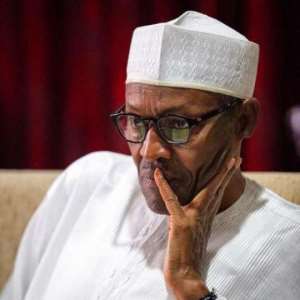 The Nigerian presidential election is scheduled for February 16, 2019 and today is July 2nd, 2018. There are therefore, barely six clear months before a major general election. Yet, Nigerian national issues which are exceedingly and glaringly urgent, are profoundly absent from the lips of the political leaders of the more than 60 registered political parties in Nigeria!

There are many issues of concerns to me, just me, merely an individual or one person out of 180 million Nigerians! Yet, as I write this, Nigeria is in a continuing, seeming slow-motion Civil War in the North East of Nigeria, which is also known as the Boko Haram insurgency. This mindlessly violent Boko Haram insurgency has been festering and percolating for too many years.

A second and perhaps now more virulent variant sort of insurgency, it is spreading across the whole nation. I am referring to the so-called Herdsmen’s and Farmers’ frequent clashes with its religious and ethnic trappings and colorations.

Thirdly, amongst urgent challenges in national policies, is the continuing downward spiral of the Nigerian National Currency, the Naira. The Naira has in my life time withered like roses in the sun.

The Naira, since September 30, 1986 has lost 720% in value, and as such, everything which is imported into Nigeria has become more expensive by a factor of the multiplication and division between our national currency and the American Dollar.

Fourthly, there is mass unemployment in Nigeria. The unemployment rate is more than 60% among graduates of tertiary institutions with their National Youth Service Corps discharge certificate in hand. There is therefore plentiful, but idle human capital without requisite productive industrial capacity. To absorb these would be useful energies to innovate, create, make and add value to Nigerian lives!

Essentially, Nigeria is currently an atmosphere of confluences and convergences of fundamental absences of ideas, poverty of ideas and deficits in all important spheres of human life.

There is a dearth of public infrastructures. Roads and bridges are decrepit. Many airports in Nigeria have become relics of their former selves. A visit to most Nigerian airports induces, tears, and heartache from those who truly still love Nigeria.

Mass transits and other forms of public transportation are non-existent nationwide. There is hardly a transportations system to speak of, throughout Nigeria.

There are no trains or any other public transportation system(s) which are established, operated, supported or subsidized by municipal, state or federal authorities! There are no efforts to make the lives of the citizens more convenient or a little less painful. The lives of citizens are not valued at all.

A majority of Nigerian highways are death traps. Nigerian Expressways are abandoned and neglected in disrepair. Nigerian roads and maintenance, repairs, remedial measures and care, cannot be mentioned in the same sentence!

There are no maps or labels or signage announcing towns, populations, name of rivers and bridges or extent of distances calculated as there are no established distances landmarked as you travel highways and expressways! No pointers, no arrows, nothing!

Then, there is the mother of all, of Nigeria’s challenges or problems. It is known as corruption! Corruption is the derailment-in-chief of all Nigerian private and public efforts, Nigeria’s ultimate national enemy, corruption is, it is still alive and well, corruption still has vigour, energy and capacity to decimate and debilitate Nigeria, and corrupt is doing so.

Why then, is it, that, in the midst of all the above burning national issues, many policy issues, in the midst of all which currently ails Nigeria, these multitudes of issues, which requires urgent attention through debates, discussions, and then, policy formulations and implementation in connections with gapping national needs, needs that are, extremely urgent, and even dire. Why then, is the Nigerian political class, like Emperor Nero of Rome of yore, fiddling while Rome burns?

Furthermore, even as we take the ruling political party to task, Nigerians similarly expect the other approximately 67 registered political parties in Nigeria, to espouse the programs and policies to the electorate; while explaining, in specific exactitudes, what policy forays these other different political parties and their crops of leaders will undertake on behalf of Nigerians, to make Nigeria a better place for all.

Subsequent to such expositions, Nigerians will have the opportunity to compare and contrast, and be in a position to thoroughly scrutinize the different political leaders and their political parties to determine how such leaders, their parties, programs and policies differ from what Nigerians have witnessed in the preceding sixteen years of PDP, and, the current APC administration.

In this way, Nigerians are able to determine that President Buhari may continue as he and his team are doing such an outstanding job of administering Nigeria (based on the facts). President Buhari should then be re-elected and permitted by the voters to continue into a second term in office as president of Nigeria.

Or, alternatively, upon thoroughly scrutinizing the manifestoes of the current government and measuring such programs, policies and performance, the Nigerian voters may decide that another political party and its leadership deserve a try at the helms of Nigeria’s for the next four years on behalf of all Nigerians, also, again, based on the facts, without the usual extraneous factors of region of origin, religion and, or ethnic group.

This alternative will therefore arise from a clear understanding by the Nigerian populace. In particular, the voters, , upon comparing and contrasting the mission statements of other competing political parties in Nigeria, that such other party as the Nigerian voters may so determine, is more suitable, ready and able to meet the totality of our current national aspirations. Such conclusions would be national issues and national interests driven.

Unfortunately however, as the general elections draws nearer and closer, none of the over sixty political parties in Nigeria are engaged in issues driven campaigns or electioneering!

The political class in Nigeria are presently conflating Nigerian national issues with the selfish and personal interests of some highly placed political office holders. Where the arrests of a couple of senators by security agencies, for offences, is turned into an imaginary national security issue upon which Nigeria’s democracy is dangling precariously. A majority of Nigerian political class are self-interested, egoistical and narcissistic, while being distracted or consumed by personal greed and self-aggrandizements and without a care for Nigerian national priorities.

Nigerian political class have never demonstrated a care for the concerns the average Nigerian citizen. This is precisely why no member of the Nigerian political class is concerned with the Causes and Effects of mass migration by Nigerians into Libya, Spain, Italy and other European nations via the treacherous desserts and the Mediterranean Sea! Nigerian mass migrants flee the parlous and desperately hopeless human condition which Nigeria has become, and it is worsening!

The current generation of the Nigerian political class is mindless and careless about the future of Nigeria and Nigerians! Otherwise, there would be vigorous debates, campaigns and electioneering on how to tackle corruption, mass unemployment, uncertain and unreliable electricity, absence of public infrastructures nationwide!

If the current Nigerian political class care at all, there would be an urgent discussion on how to strengthen the Naira. The Naira, our now worse than useless national currency, which exchanges very poorly, and as a consequence, this makes importing a car, a computer or construction or farm equipment too expensive.

If the Nigerian political class were alert, aware and awake to their responsibilities, they would be campaigning and proposing programs and policies to stem or even eliminate ethnic and religious frictions nationwide.

Indeed, if Nigerian political leaders were normal and similar, in comparisons to their reasonable counterpart political leadership elsewhere, there will be urgent public debates and proposals programs and policies on how to tackle the Boko Haram scourge and other festering insurgencies in Nigeria, which are now becoming ‘normal’

Were there to be a real political leadership in Nigeria, there will be urgent debates, programs and policies being formulated on how to have stable electricity supply, the bane of Nigerian industrial development efforts.

Only inane political leaders would expect foreign investments, research and development, in a nation without electricity. Only a naïve political class would be mouthing platitudes about Foreign Direct Investments as many airports are closed or in a state of disrepair, Makurdi, Port Harcourt, Benin Airports are quick examples.

Nigeria is currently, sadly, ignoring and neglecting every aspect of Nigerian life which are critical. No nation can ignore and neglect investing in higher education, research and development, and then, hope for national progress and advancement. No nation can neglect investments in public infrastructures and expect magic in her economic growth.

Yet, Nigeria is in the middle of, and at the cusp of a presidential election next February 16, 2019, but, no member of the political class, no one, is interested in campaigns, debates, discussions and electioneering about Nigeria’s extremely urgent national priorities and the way forward. It is so sad!

All in all, Nigeria is a wonderful nation with so much abundance, Nigeria is bountiful and replete with opportunities for citizens and foreign investors alike. However, it is held hostage by an absent minded, vapidly corrupt and extremely greedy political class. The 2019 elections is a chance to chart the way forward for a better Nigeria. Nigerians must pay attention and take the political class to task!

More trouble for Weija residents as more volumes yet to be s...
25 minutes ago