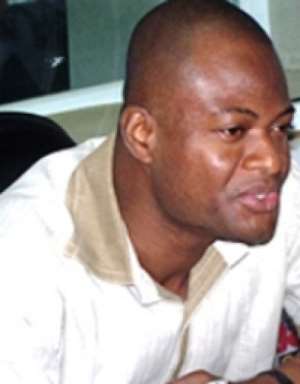 The research works done by Prof Raymond Atuguba would prove to be the most unfortunate, to say the least if allowed into the public domain.

Why are we trying to see what everyone says political?

In fact, our Justices are the last group and we politicize their judgments at our own peril.

Is he saying that they will read all the law books and throw them away and say anything to favour their parties or parties that appointed them? An insult to their intellect!!! And a lawyer of his standing should know better.

Unless you have not read a judgement from them, especially of landmark cases. The brains at work are always worth commending.

The underlying fact is that absolute and pure justice can only be sought with the Lord up high.

We have consentaneously agreed for them to be our arbiters. So if I make my mind against any Justice, I will not fill safe to appear before same looking for justice.

They have their minds and their thinking could be in line with any political party's view, that cannot make their judgements political.

We have evidence where supposed NDC Justices have ruled against the takes of the NDC in the case of Tsatsu Tsikata vrs the Republic. Evidence where supposed NPP Justices have ruled against the takes of NPP in the case for example of Abu Ramadan vrs the electoral commission. That has always been on the mind of the Ghanaian but there is no fact to back this.

So you go a chief palace and lose a case and then you accuse the chief of taking a side. What else is a judgement when there is no loser or winner? So I don't understand what one seeks to gain by a research of this kind.

The only thing it does is that it deepens the already weakened trust the public has about our Justices after the famous Anas’ expose in the judiciary. And at large incite the public against our highly revered Justices of the Superior Courts of Adjudicature.

All well-meaning Ghanaians must rise against this rather divisive research.