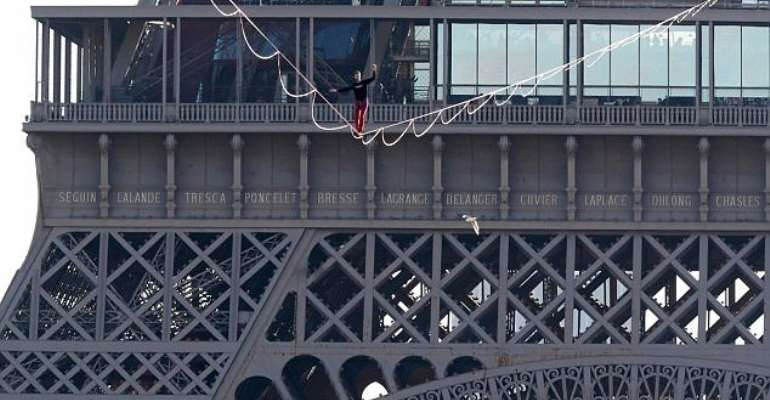 A daredevil performer broke a slacklining world record by walking across a rope suspended from Trocadero Square in Paris to the Eiffel Tower.

Paulin's stunt, which raised money for charity, bested his own record of 2,171 feet for an urban-area slackline crossing.

The attempt took about half an hour. Paulin revealed that during a test run, he fell 262 feet before the end.