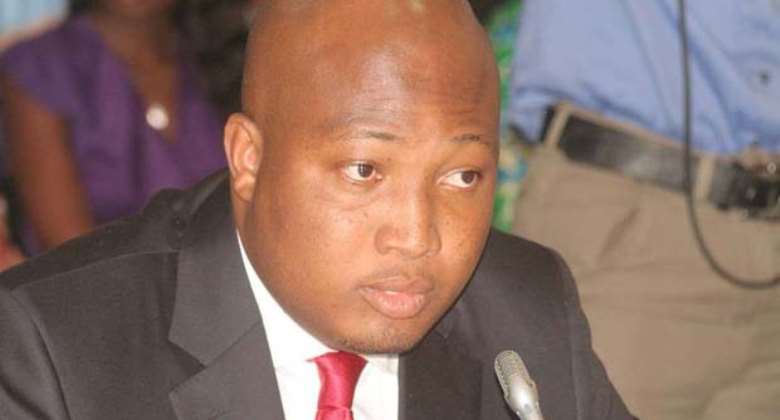 North Tongu MP Samuel Okudzeto Ablakwa has said he spoke the truth when he appeared before the Joe Ghartey Committee in regards to the bribery allegation levelled against the First Deputy Speaker of parliament, Joe Osei-Owusu, in connection with the vetting of Energy Minister Boakye Agyarko.

It would be recalled that the Speaker has set up a committee chaired by Mr Ghartey to investigate the bribery claims against the First Deputy Speaker of Parliament who was allegedly used as a conduit to bribe members of the Appointments Committee to pass Mr Boakye Agyarko as Minister of Energy.

The deadline for submitting the report has elapsed, but speaking to Class News, Mr Ablakwa, a key witness in the matter, said his conscience was clear because he spoke the truth when he appeared before the committee.

“As I stand before you, I have a clear conscience. Before God and man, I did not bear any false witness. I only spoke the truth and I know that I'm on the side of the truth and I sleep very peacefully when I go to bed every night because I spoke the truth. I bore no false witness against anybody. I have a very clear conscience and I'm not going to comment on the report and I'm not going to comment on the work of the Joe Ghartey committee until such a time that the Speaker lifts his embargo and we are able to discuss the report,” he stated.

Meanwhile, Mr Osei-Owusu, on whose insistence the Joe Ghartey committee was set up, believed the report would exonerate him.

He also asked the public to give the committee all the time they need to do a good job.

“I would have wished that it (the report) would have been completed by now, but I understand the exigencies of the work in parliament. All the members of the committee are also members of substantive committees. This is budget time and, before the budget, we went to State of the Nation debate. The clerks that are serving them are also serving other committees, so I understand the exigencies of the work here and I think it's important they get the space to do what is right. Nobody should force them, nobody should push them. Let them take all the time they need. Even though parliament allowed them four weeks, I understand the previous week or so somebody said he had fresh evidence. If you don't listen, it will become a basis for impugning the integrity of the report so we should give everybody the time and the space to provide whatever evidence that they have so that in the end you have a conclusion to the matter,” he stated.

I'm grateful to be named by Forbes as African of the Year — ...
47 minutes ago

Covid-19: We oppose singling out African countries for trave...
47 minutes ago