I Owe Mahama No Apology For My Comments – Otiko Djaba 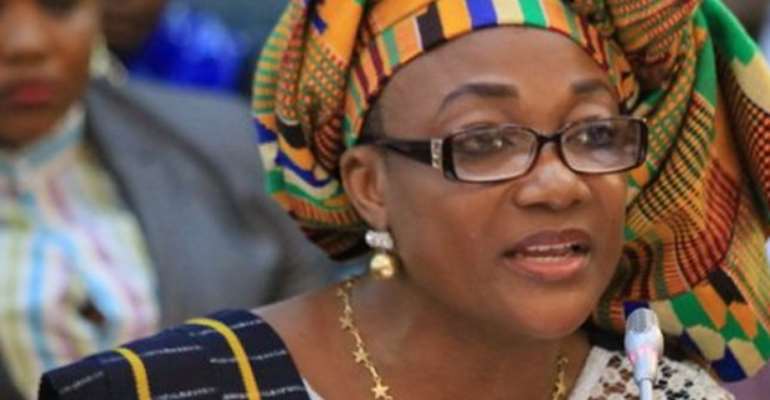 Gender Minister Nominee, Otiko Afisa Djaba has refused to withdraw her comments made against the former President John Dramani Mahama ahead of the 2016 elections.

Speaking during her vetting at Parliament House in Accra, Otiko Djaba said she owes the former President no apology for her comments. Queried by some of the Minority members on the panel for describing the former president as “wicked, evil and someone with a heart of the devil,” Afisa Djaba said  she spoke out of conviction and would not apologize or withdraw her comments.

She is also reported to have told  rally in Tamale that President Mahama has outlived his usefulness and that does not deserve a second term in office. “The President is my brother and I spoke from my convictions.

I made the statements that I made as a wake up call for him. We are building the nation,he was running for reelection and I felt that the people who should tell him as it is were not telling as it was.

They decided that because he was my brother , they did not want me to speak and when I talked about him being an embarrassment, I spoke in relation to SADA. SADA is very dear to my heart.

My mother is a Northerner, the incidence of poverty is highest in the three Northern Region and for a President who comes for the North, who promised to alleviate poverty, what happened to the Guinea fowls? It was an embarrassment to me and to the North.

The Chiefs of the North actually made that statement and so I don't owe him or you any apology. We are developing in building a nation.”

15 Assembly Members, others granted bail for cursing Regiona...
12 minutes ago

I wanted to turn down Accra Regional Minister job because I ...
18 minutes ago