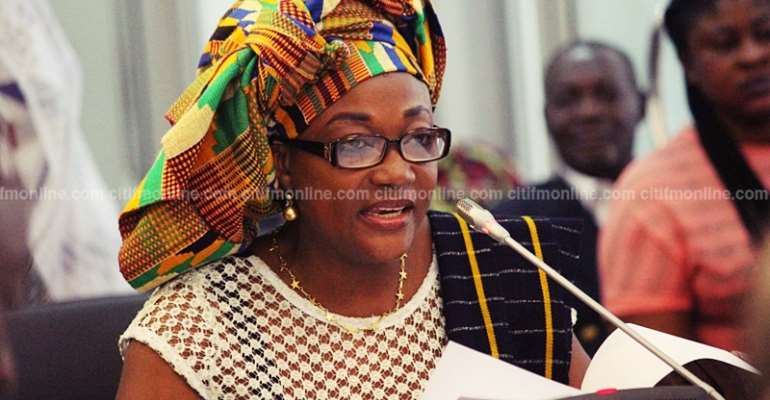 The Gender and Social Protection Minister-nominee, Otiko Djaba, has denied claims she backed allegations the Electoral Commission (EC) Chairperson, Charlotte Osei, found herself in that position after offering sexual favours.

The Member of Parliament (MP) for Assin Central, Kennedy Agyapong, prior to the 2016 election, made these allegations which were widely condemned as sexist.

Ms. Djaba is on record to have said that the comments by Mr. Agyapong should have been taken seriously given his standing as a Member of Parliament.

She also intimated that, there was no smoke without a fire, and that the outspoken Assin Central MP would not make those allegations without a cause.

“We need to focus on why he said it because he is not an ordinary person. He is a member of our legislature. He should not be condemned outright, but we should find out if there is any merit in what he said or not… For the sake of our country, for the sake of democracy, for the sake of peace and transparency in the election. There is no smoke without fire, and this honorable man will not come and make that statement with no reason,” she said on the campaign trail in 2016.

Appearing before Parliament's Appointments Committee today [Monday] to be vetted, Ms. Djaba stood by her comments and insisted that, she only called for an investigation into the claims because of the sensitive nature of the position Mrs. Osei occupied.

“I would be the last person to do that because I myself have been a victim of such allegations. It is a misconstrued impression. What I said at the time was that… Madam Charlotte, because of her position as the first woman to occupy that seat, and the fact that she needed to be like Caesar's wife, above reproach, I said that because of her integrity, there should be an investigation so that her name would be cleared.”

“I never said that I supported the allegations or otherwise. All I called for was for an investigation by National Security or the BNI,” she explained.

Parts of Accra to experience dumsor today
8 minutes ago