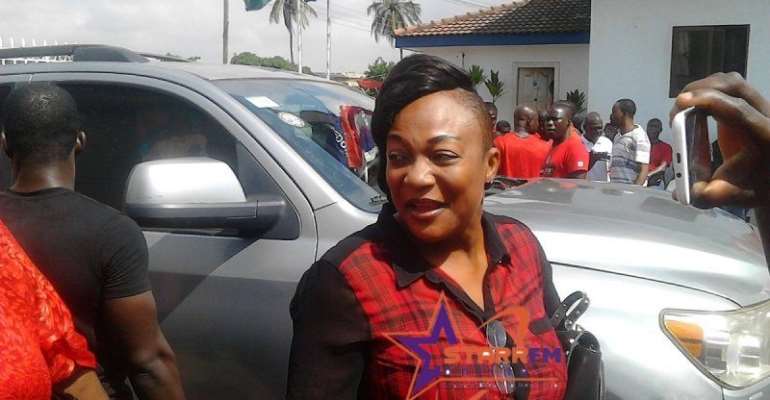 The Minister-designate for Gender, Children and Social Protection, Otiko Afisa Djaba has rejected claims that she denigrated the Chairperson of the Electoral Commission during the 2016 electioneering period.

According to her, the allegation by the Assin Central legislator should have been investigated so doubts were not left in the minds of Ghanaians.

“We are going into an election, the referee is alleged to have something doing with one party in the game, and you say we shouldn’t find out the truth in it but rather crucify the person who made the allegation?” Otiko Djaba stated in 2016.

However, appearing before Parliament’s Appointments Committee Monday, Otiko Djaba said she never denigrated the EC boss but only called for an enquiry into the allegation made by Mr. Agyepong.

“I emphatically and categorically state that I did not denigrate madam Charlotte Osei, all I said was that an investigation should be conducted so that her name is cleared,” She stated.