Herbal Medicine Practice, The Shortcomings Of The Professional Association (Part one) 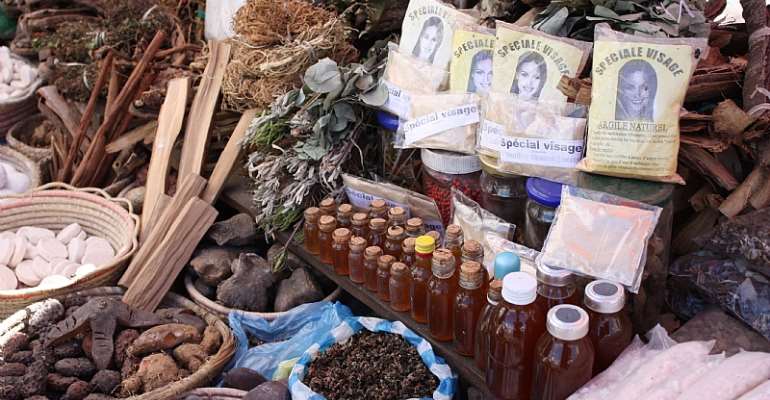 The Ghana Associations of Medical Herbalists (GAMH) is the only professional association of herbal medicine professionals trained at KNUST. GAMH was established in Accra in 2005 and has since been involved in lots of activities/work to carry out the objectives to which it was formed for the betterment of the herbal medicine industry in general. GAMH with the help of the Business Sector Advocacy Challenge ( BUSAC) fund, and the Ministry of health pushed for the integration of the services of its members into the mainstream healthcare delivery system in September 2012 after years of tireless effort. This resulted in the creation of herbal medicine units in selected government hospitals nationwide as pilot centres of the services of Medical Herbalists. Other success stories of GAMH as a professional body include; advocacy for National Health Insurance Scheme's (NHIS) coverage of diagnostic services at the various herbal medicine pilot centres, organization of the maiden scientific conference in Kumasi in 2013. Two Continous Professional Development trainings (CPD) for members of GAMH was also organized with the support of the Traditional Medicine Practice Council(TMPC) and other stakeholders in 2014 and 2015 respectively. Despite the efforts and success stories enjoyed by the Ghana Association of Medical Herbalists ( GAMH) in recent times, it is still faced with lots of shortcomings and as such it is not strongly recorgnized and does not have the controlling power over the herbal medicine practice as expected of a professional association in the health sector. The shortcomings are described in this article in accordance with the structure of an ideal professional association/body. These include; Policy and Public affairs, Legal and governance, Education, Training and Continuos Professional Development (CPD), Membership and employer engagement, Research and Knowledge, International membership and affiliation, and Other factors.

POLICY AND PUBLIC AFFAIRS
Policy refers to a written document on the laid down plans about a subject with directives on the implementation of the set objectives. There is currently no known government policy or policies on the professional practice of herbal medicine. No policy exist that gives GAMH authority as the controlling body/association over herbal medicine practice in Ghana. The available policies from the past till date have focused on Traditional Medical Practitioners ( TMP's).

The available policy on herbal medicine practice , I.e " Policy on Traditional Medicine Practice in Ghana" only makes provision for local herbalists and other indigenous practices that employ the use of herbs under the Traditional medicine umbrella. The policy which was developed by the Ministry of Health in 2005 at the time where the professional practice of herbal medicine was at its earliest stage with very few professionals in the system, the same year GAMH came into being, outlines the directives for the development of Traditional medicine practices and as such the Ghana Federation of Traditional Medicine Practitioners Associations (GHAFTRAM) in addition to other stakeholders like Ministry of Health, Ghana Health Service, Food and Drugs Authority(FDA), Ghana National Drugs Programme, Centre for Scientific Research Into Plant Medicine, Centre for Scientific and Industrial Research, , Ghana Medical Association, Nurses and Midwives Council, Pharmacy Council, World Health Organization and DANIDA were the bodies that contributed towards the development of the policy for TMP's. . Others included were Sociology and Biochemistry Departments of the University of Ghana and the Faculty of Pharmacy of the Kwame Nkrumah University of Science and Technology. Some of the laid down directives contained in the said TMP policy was the need for a Traditional Medicine Practice Council( TMPC) to regulate practices of TMP's, among others. The TMPC was later established in 2010 under the act 575 parliamentary act 2000 in accordance with the provisions made in the 2005 policy on Traditional Medicine.

It is therefore sad and appalling that TMPC , a council established for and controlled by TMP's( "unprofessionals") per the policy earlier discussed still regulates the activities of the professional body of formally trained herbal doctors designated Medical Herbalists, 16 years after their introduction with successive batches of people inducted into the practice. TMPC (with no board membership for GAMH representives) has since offered licenses to qualified Medical herbalists, handle the educational curricula and other aspects of the training of these professionals including internships to professional examination etc which should not be so. This has grately undermine the development of the clinical practice of herbal medicine by Medical herbalists and prevented the Ghana association of medical herbalists (GAMH) from fully carrying out its functions like ensuring the total integration of professional herbal medicine practice into the healthcare system in Ghana. As it stands now, only a few Medical Herbalists of the several batches of graduated students are employed by the Ghana Health Service(GHS) at the various herbal clinic pilot centres in the government hospitals. One would expect that most hospitals in Ghana now by law should have herbal clinic or herbal medicine units managed by Medical Herbalists and not just the temporal provisions at the piloting level in government hospitals as still exist 4 years after the piloting commended in September 2012. Due to lack of policy and proper recognition GAMH, now works under GHAFTRAM, an unprofessional body and as such there is no difference in the value of the license of Medical Herbalists and that of Traditional Medical Practitioners(TMP's). In reality the license given to TMP's are currently more valuable than that of the members of the professional body and there is lack of recorgnition on the part of GAMH as a professional association in the health delivery system.

The only solution to this is for the professional association GAMH to push either for the amendment of the already established policy on herbal medicine under the Traditional medicine practice for indigenous herbalists to cover the Medical herbalists as formally trained professionals with well laid down directive to promote their practice and offer them the controlling power especially at a regulatory council level with issues regarding herbal medicine practice or push for an independent policy on the professional practice of herbal medicine that will enable Medical Herbalists have It's own regulatory council backed by law to perform such functions like licencing and certification, etc. This would change everything completely and the herbal industry will now enjoy protection from professionals who will serve it wholeheartedly as there will now be a balance in the interests of all drivers of the industry, and that of the public . GAMH should seek legal advice and assistance from stakeholders in the health sector especially representatives from the various professional associations/regulatory bodies in addition to others that helped GHAFTRAM develop the 2005 policy through the Ministry of Health. These stakeholders and government should be well enlightened on the important role Medical Herbalists play and the need for a professional body in the herbal industry. Work done so far at the various herbal medicine pilot centres may be used in addition to research/studies conducted.

LEGAL AND GOVERNANCE
This is another important structure that should be in place for any profession/practice and for its professional association or representation to be properly recognized. A law should exist that backs a practice. For a law to exist, a bill(drafted act of parliament) has to be passed by parliament. The preparation of bills is done by Government and occasionally initiated by representations outside the circle of government as a legislative proposal or amendment legislative proposal ( if the party involved seeks for amendment of existing laws)

In the case where a bill expected to be prepared by government as a result of the submission of a legislative proposal or amendment legislative proposal from representations of a practice or profession( for instance by GAMH ), the Ministry in charge passes the proposal through some processes to become a draft bill to be introduced to parliament after the approval from cabinet. The bill if passed successfully by parliament becomes a law after approval from the attorney general and president. In a nutshell a law is an approved bill(act of parliament) that binds or backs any practice and its subsequent association (be it professional or not) or governmental provisions.

The established act of parliament( passed bill) gives the structural and functional framework to a practice or government provisions. In the case of passage of a bill to recorgnize a new professional health practice, the typical structures to be established usually include; regulatory council with well defined members of which the representative or association of the practice( e.g GAMH) is recorgnized as a key body in the council aside other stakeholders on the council's board.

There is no act of parliament established to back the professional herbal medicine practice currently in Ghana, just as there isn't a policy. It is therefore expected of the representation, the Ghana Association of Medical Herbalists ( GAMH) to make an initiative with the processes explained above. The available Traditional Medicine Practice act 2000 for Traditional medical practitioners(TMP's) for instance outlines an act( act 575) to establish a Council, Traditional Medicine Practice Council(TMPC) to regulate the practice of traditional medicine, register practitioners and licence practices, regulate the preparation and sale of herbal, medicines and to provide for related matters. The board membership of TMPC includes five members nominated by the federation of all associations of TMPs ( which is GHAFTRAM) , and recognized by the government as representing all TMPs in the country. It is the duty of these five members to elect the Chairman of the Council from among them. Other members of Council include representatives from the universities and research institutions, the Director of the Centre for Scientific Research into Plant Medicine, the Chief Executive of the Food and Drugs Authority(FDA) and a Registrar, who shall be the Secretary to the Board.

An established act of parliament either by way of ammendment of the TMP act 2000 or a totally new act for the formal/professional practice of herbal medicine in Ghana will also help keep the activities of registered Medical Herbalists in check as relevance will be placed on the code of ethics developed by regulatory council( which will now give recorgnition to GAMH) to help govern the profession. Other provisions under this structure is the availability of a working constitution to guide the activities of the professional association. GAMH has a constitution but it is still faced with governance issues; the electoral process for executives of the association in the past was not properly observe and as such some executives overstayed their tenure of office leading to mistrusts from the membership

To be continued.............
NB:
This article irrespective of the title is meant to inform the government , other stakeholders in the health delivery system, and the general public on the need to empower the professional association of herbal medicine practice, GAMH, and the professionals in effect to take control of the herbal industry in the interest of the general public. The contributions from practising Medical Herbalists ( both in the private and public sector), Interns, Ghana Herbal Medical Students Association(GHEMSA) KNUST, and the public in addition to the stated references below were very helpful in putting together this article.

4. Understanding the values of professionals and professional bodies by the Chartered Institute of Building(CIOB)

If They Like, They Should Boycott The Voter Registration – J...
7 minutes ago