BUREAU OF NATIONAL INVESTIGATIONS (BNI) SHOULD BE REFORMED, NOT SCRAPPED 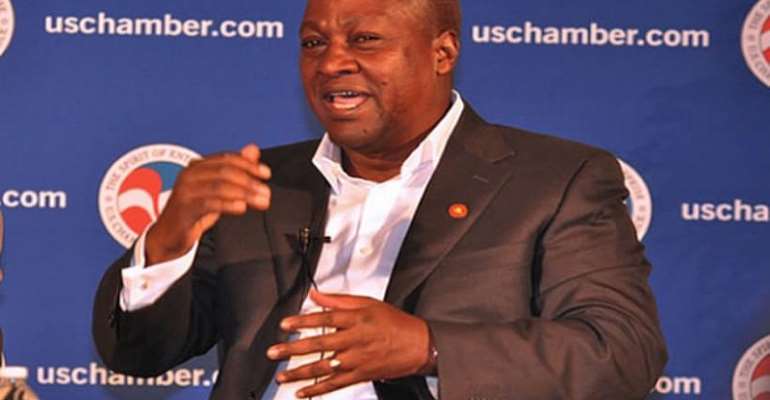 On May 12, 2016, I listened to the passionate debate organised by Joy FM in which the panel debated about whether the Bureau of National Investigations (BNI) should be scrapped or maintained. I agree with the Dr. Kwesi Aning and Osei Bonsu Dickson who argued that the BNI should be maintained. This article is intended to contribute to that rich debate.

Intelligence, narrowly defined, refers to the collection, processing, analysis and dissemination of information on one's enemies and rivals. As such it provides an essential input into any country's defence and foreign-policy making.[1]

As an intelligence agency, BNI is the subdivision of Ghana’s government tasked with making sense of current and future security challenges and providing accurate information and estimates to national security decision-makers. Given the relative stability in Ghana and the disorder, chaos and insecurity in Ghana’s neighbourhood particularly in Mali, Nigeria, Niger, Guinea Bissau among others, there is no doubt that the BNI and other security agencies in Ghana have served the country well. The BNI in particular has been indispensable in protecting the security of the Republic of Ghana. As a key pillar in Ghana’s security architecture, the BNI has played a major role in averting efforts by Ghana’s enemies to harm the country, its free democratic order, the economy and the people. .

The world is going through massive economic integration, and competition as a result of globalisation of capital. In this hyper integration and competition, governments and states that are well informed will survive. Intelligence agencies globally are actively gathering information and informing their authorities about the development in the global economy, science and new technologies and how to cope. Depriving Ghana of a key intelligence agency able to gather information and inform policymakers about the challenges and opportunities in the global economy will push Ghana to the periphery of the global economy.

Moreover, the current global security environment faces serious uncertainties than ever before. In almost every country and region there is a major struggle between the forces of good and bad. The forces of bad include powerful non-state actors like Al Qaeda and Islamic State and other transnational terrorist organisations that are hell bent on destroying or overthrowing the current global economic, political and security order. Al Qaeda and Islamic State for instance are actively seeking weapons of mass destruction to attack and destroy their so-called enemies. They are seeking nuclear weapons, harmful bio-pathogens and other destructive biotechnologies to cause mass casualties globally including in Ghana and other West African states. For Ghana to defeat these evil forces or thwart their diabolical efforts will require a strong commitment and dedication on the part of the state security apparatuses particularly the intelligence services like the BNI.

The security challenges confronting Ghana is not limited to the activities of transnational terrorist groups. Ghana and the countries in the West African subregion continue to be the main focus by other transnational criminal groups seeking financial benefits through the export of conventional arms, drugs smuggling, maritime piracy and cyber fraud. In the past several months, the Ghana Police Service has routinely seized several weapons in vehicles bound for several destinations in the country. These weapons are being smuggled into the country for criminal purposes. BNI has been deeply involved in stopping the flow of these weapons and drugs into the country. In future, stopping the flow of these weapons and the intended criminal operations in Ghana will require better intelligence. Scrapping the BNI will therefore grant the transnational terrorists, cyber fraudsters, illegal arms dealers, drug smugglers and pirates the room to operate with impunity.

Currently there is a heightened tension between Fulani herdsmen and farming communities in parts of Ashanti, Eastern, Northern, and Volta region. The herdsmen have had to abandon their traditional grazing areas in Mali, Niger, Burkina Faso and Northern Nigeria in search of fresh water, and pasture for their animals. This has become necessary because climate change which has been described as a "threat multiplier" is altering the rainfall pattern in the subregion making life unbearable for the nomadic cattle herders. Predictions by scientists indicate that climate change will pose more threat for communities in West Africa. This means that more herdsmen may head to Ghana in future. Ghana needs BNI to gather information about the flow of Fulanis and other migrants and inform the government in order to avert any undesirable catastrophic incident between the migrants and the host communities.

BNI CHALLENGES
As any human institution, the BNI is fallible. It has had its own shortcomings and failures. However, these failures should not warrant its total abolishment. The French intelligence services the General Directorate for External Security (DGSE) and Directorate-General for Internal Security (DSGIS) were not scrapped after terrorists struck Paris in January 2015 and again in November 2015. Belgium has not disbanded its intelligence services after the recent Islamic State assault in Brussels. Similarly, in the United States, the 9/11 Commission did not recommend the CIA and the FBI to be abolished after the terrible tragedy of the 9/11 terrorists attack in Washington, New York and Arlington. Likewise the 1975 Arrant Commission did not recommend the Israeli foreign intelligence service i.e. the Mossad or the military intelligence (AMAN) or the domestic intelligence agency (the SHABAK) to be disbanded after their failure to prompt the Israeli political leadership to prepare the country’s military to respond to the then impending combined Egyptian and Syrian assault in 1973, a failure that led to monumental catastrophic outcomes for Israel in the beginning of the Yom Kippur War in 1973. Also the MI5 and MI6 intelligence agencies in Britain were not scrapped after Al Qaeda bombed the transport networks in London on July 7, 2005. Spain did not disband its intelligence agencies after Al Qaeda’s deadly Madrid train bombings in March, 2004.

The problem facing the BNI which has made its work difficult has to do with the broad functions (tasks, powers, and fields of work) assigned to it by the Security and Intelligence Agencies Act (Act 526) 1996 that set it up. While the Act lets the BNI functions as a Domestic Intelligence Agency, the organisation sometimes doubles as adomestic and foreign intelligence agency. Combining these two functions continue to overwhelm the agency.

Similarly, in Germany, the Federal Intelligence Service (Bundesnachrichtendienst or BND)) acts as an early warning system to alert the German government about threats to its interests, while Bundesamt für Verfassungsschutz (BfV) has a duty to protect the internal security of the Federal Republic of Germany. In Russia, domestic intelligence falls on the Federal Security Service (FSB) while foreign intelligence functions fall on the Foreign Intelligence Service (SVR). In France, the General Directorate for External Security (DGSE) is the foreign intelligence agency responsible for protecting France’s interests abroad while Directorate-General for Internal Security (DSGIS) functions as France's domestic intelligence agency with duties that includes counter-espionage, counter-terrorism, countering cybercrime and surveillance of potentially threatening groups, organisations, and social phenomena.

As a result of the division of intelligence powers, functions and fields of operation into domestic and foreign, these intelligence agencies are some of the effective in the world. They are able to focus on their core mandates and not dabble in other functions which are beyond their capabilities. The Israeli Mossad, America’s CIA, the British MI6 are some of the world’s premiere and effective secret intelligence services in the world. Likewise the MI5 of Britain, the FBI of USA and the BfV of Germany are noted for their role in maintaining internal security, preventing foreign intelligence services from gaining foothold in their home countries and preventing terrorists from harming their countries. They work to prevent the activities of money launderers, cyber criminals, pirates, drug lords and other criminals from gaining access to the domestic economy.

Another challenge that makes the BNI less effective has to do with the issue of politicisation. Politicisation here is defined as “the manipulation of intelligence to reflect policy preferences.” To be precise, it is any external intervention in the elements of intelligence work which should be kept objective, autonomous, and free of political influence. Included are three stages of the intelligence process— collection, processing, and production—as well as certain elements of the planning, direction, and dissemination stages, which should be carried out solely on the basis of professional considerations.[2]

Critics of BNI assert that the agency suffers from political manipulation often by the government in power. They argue that the BNI often comes under political pressure to please the government of the day by often overreacting to issues associated with the political opposition. The critics point out that BNI’s decisions are often coloured by political considerations especially when they arrest members of the political opposition while allowing politicians on the government side to go scot free for similar or related offences. The critics claim these arrests are not based on objective, autonomous, and non-political interference assessment of the offence in question but rather they are carried out to meet the mindset or political needs of the government in power. There is some truth in this criticism and the BNI must work hard to be objective, autonomous and free of political control so as to gain the trust and support of all Ghanaians. In fact currently the BNI is one of the organisations in the country that does not enjoy the trust and prestige of the public.

One way to free the BNI from undue politicisation is for the agency to ensure that its officers express their positions/estimates in a strong and clear voice, even when confronting opposing policymakers/politicians who might take measures to silence them for nonconforming. The BNI must again object to any overly close relationship between its officers and policymakers (politicians) because doing so will compromise its intelligence objectivity and credibility. As has been suggested by Columbia University professor Richard K. Betts, “policy interests, preferences, or decisions must never determine intelligence judgments,” and that on “crucial questions, intelligence professionals should fall on their swords.”[2]