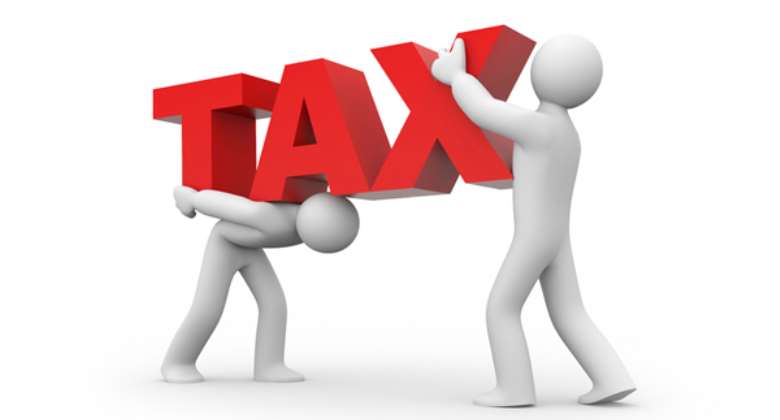 Brief Reflections
African politics has got certain thematic dynamics that project and explains how the continent have evolved overtime up to this contemporary status(see cheeseman and Anderson 2013).Every polity in Africa has got its own government that administers and propel the affairs within. Conventional wisdom posit that and thus as far as theoretical reflections lay bare certain comprehensive aspects of governance means that ,there is social contract that is evident between the people and the chosen social or political group that forms government due to electoral mandate. Again conventional wisdom and through the process that lead a political party into government ; the interest of the people is the prime and most indispensable priority as far as governance and the whole nature of the social contract is concerned.

Political parties in Ghana have espoused several ideological stands where they sometimes reflect in the policies they implement. But what these political parties fail to understand is that, their ideologies shape and give meaning to their party, and thus their procedural steps in administering the nation should be totally linked up with the liberation, sustenanceand total comfort of the ordinary Ghanaian .On the contrary, it seems like the interests of the ordinary Ghanaian has been made secondary to that of the supposedly better directive and generic packages that is accompanied by loans. Should this be the case?

In retrospective reconsiderations, there existed a unipolar world strongest ideology, neoliberalism who only thought that its directives would serve as a panacea totheills of the African continent and the Ghanaian setting to be specific, irrespective of the effects it would have on the natives of the land in whose bosomsovereignty resides.

In the midst of the basket case of minerals ,other resources that are very unique and can’t be found anywhere except in the tropical Africa, huge taxes and other sources of revenue within the country, leaders still beg for money and quite irritating as these” beggars’ money” are not used for any significant purposes. And also regardless of the interest of the interest of the people, leaders in Africa and Ghana specifically adopt and implement policies that were not part of their manifestoes andalso alien to the republic. The interestof the ordinary Ghanaian is made secondary to that of the directivesformabove. Do these leaders think about the effects of the conditionality’s andpolicy directives on the ordinary African and Ghanaian???

Several decades back, theinterest of the black African was made secondary to that of the colonizing power. With the help of the nationalist and the nature of arm resistance that was waged against these expatriates, the African was finally able to liberate himself and expel these imperialist. That was the period of colonialism and it carried with it severaleffects (Rodney 1973; Boahen 1985). The African was left to manage its own affairs for decades.

Several years after self-rule the African revisited these exploiters and began to accept them as masters, thusredefining and resurrecting a new face of colonialism. (Neocolonialism)

In 1983, Ghana became a star pupil of the structural adjustment programs. These programs were defined to alter thestructure of the economy through policies.

Cammack et al explains these SAPs as thegeneric term used to describe the package of economic and institutional measures thatwas put forward by the Bretton woods institutions and thus persuaded theseAfrican countries to adopt during the 1980s in return for a new policy oriented loans. The generalpattern ofadjustment packages involved two stages

1. Stabilization: this described the immediate processes of austerities andretrenchment. That is there was supposed to be immediate devaluation and cutting down government expenditure.

In Ghana it is said that it rescued Ghana’s economy and ensured growth.

The negative effects that these policies brought were massive.

There was retrenchment of over 300000 public sector workers, there was an unprecedented cuts in expenditure on public services and social welfare and the introduction of user fees for health and education (cash and carry). The cedi was devalued about (800,000%) which raised the cost of imported goods, machinery. Ghana’s total debt was quadrupled from $1398million in 1980 to $5874 million in 1995.there were inequalities as the poor did not get access to education and health facilities. There were several negative impacts on Ghana as far as these policies were concerned. (See konadu agyemang 2000).

It becomes very difficult to comprehend if the government does not recollect all those ills of the policies that accompany huge sums of “beggars’ money”fromthe IMF and the WORLD BANK. Alien policies have been implemented that have caused instability in the country. By instability I do not mean violence but, the standard of living of the ordinary Ghanaian, the sustainability of the ordinary Ghanaian has become problematic.

Due to the strict instructions from the BRETTON WOODS, public unemployment has increased tremenduously.university students after school stay in the house and still depend on their guardians. Where is the interest of the ordinary Ghanaian? Allowances of nurses and teachers have been cut off. Thecountry’s public debt now exceeds pre HIPC levels, according to the international monetary fund (IMF) report after a review of Ghana’s performance under the bailout deal. In June 2015, Ghana’s debt hit about 90billion Ghana cedis and thus could increase as time goes on. There has been increase in taxes. There is social inequality as the poor finds it difficult to survive. The funny and most irritating aspects is that, the government sacrifices the interest of the people for bailouts.si the question is in whoseinterest is government serving its purpose??

The daily guide as in 9thMay 2014, published that the government of Ghana had adopted a comprehensive stabilization and reform programme to correct the supposedly imbalance that have occurred in recent years and thus to transform the structure of the economy. Another question pops up. What has the transformation of an economy got to do with the laying off of public servants, with holding and cutting off the allowances of young teachers and nurses and thus creating inequalities, plummeted standard of living being the other of the day, restrictions to employment, all in the name of policy and structural programs to shape and stabilize the economy. Where is the interest of the ordinary Ghanaian?Can’tGhana develop without the total reliance on these 21 century imperialist?

CONCLUSIONS
There is a resurrection of colonialism where the interest of the natives in Africa and Ghana specifically has been made secondary to that of the ultimate powerful institutions that redirects the economic path and thus renders the government of the country incompetent. (Neocolonialism).within the basket case of resources cant Ghana develop without that inhumane conditionalities that are attached to “beggars’money”. How can alien policies be implemented within a sovereign nation and cause hardship to the citizenry? The government normally forgets that it’s the people who put them there. The amount of taxes collected, several sources of revenue are supposedly not enough to propel anation. It’s quite disheartening when huge sums of money are used unnecessarily, judgment debts being paid in line with corruption. Can’t we survive without IMF and WORLD BANK? Do we always have to beg for money outside?

Africa and Ghana specifically have got better economic experts who through their directives will help propel the continent and the nationalGhanarespectively. What is really the problem with Africa and Ghana to be precise? The African continent needs a better panacea in order to be self-reliant even though there is interdependence as far as the world stage is concerned but not to the extent andinstitutions policy directives will have to be above the interest of the natives of the land.This was the main reason why several decadesago, there was arm resistance against the colonial powers. But there have total incorporation of directives from the west in Africa’s internal affairs.

Africans can propel without begging for money and its associated policy directives. The various governments in African and Ghana as a matter of fact should come to the full realization that the social contract was specifically to serve the interest of the people not the other way round. Political parties and thus governments have ideologies. These ideologies should be totally linked up with the core values and interest of the people in order to create an enabling environment to help promote economic stability and thus help ensure that the interest of the ordinary people have been given attention to in all dimensions of development.

REFERNCES
Agyemang konadu kwadwo (2000) the best of times and the worst of times: structural adjustment programs and uneven development in Africa: the case of Ghana

A. Adu Boahen (1985). “Colonialism in Africa: its Impact and Significance.” In A. Adu Boahen (ed.), General History of Africa VII: Africa under Colonial Domination 1880-1935 (London/Pairs: Heinemann/UNESCO)