GITMO 2 could be Mahama’s “waterloo” – Lawyer 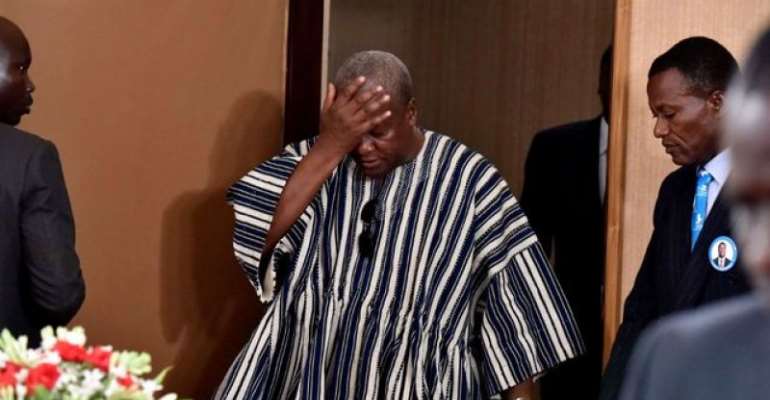 John Mahama under pressure over the GITMO 2 saga

Ghanaians have expressed disquiet over the arrival of Mahmud Umar Muhammad Bin Atef and Khalid Muhammad Salih Al-Dhuby. The duo are being offered humanitarian assistance in Ghana, having spent 14 years in the dreaded Guantanamo Bay penitentiary.

“Bin Atef is an admitted member of the Taliban and fought for Usama bin Laden, while Al-Dhuby trained with Al Qaeda in Afghanistan,” the US-based FOX News reported.

Mahama told the Ghanaian media he accepted to house the Yemenis out of compassion and Ghana’s responsibility as an ally of the US.

However, Prof. Asare is not convinced with Mahama’s explanation, arguing he “has severely misjudged the risk of this transfer and seems fundamentally disconnected from and disinterested in the citizenry's concerns and fears.”

The legal scholar did not mince words in his final judgment over the issue.

The main opposition New Patriotic Party (NPP) has joined the Christian Council of Ghana, the Catholic Bishops Conference and the Pentecostal churches among others to put pressure on the government to return the ex-detainees.