All Is Set For NPP-USA International Youth Conference 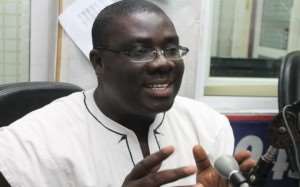 Going by the theme “Repositioning and Energizing the Youth Wing for Victory 2016”, the conference promises to be exciting, thought provoking and moment of brainstorming. In a telephone conversation with Ghananewsmedia, Mujib Mogtari Sahanu, NPP-USA Youth Organizer, stated that the organizing committee has been impressed by the enormous interest shown by party members and the general public about the conference. He indicated that such expressions have been a major motivator which has dully been taken into consideration such that all efforts have been put in place to warmly welcome all and sundry to the event.

On his part, the NPP National Youth Organizer, Sammi Awuku, told Ghananewsmedia that he welcomes such event as organized by the youth wing of NPP-USA. He stressed that “the NPP Youth wing will lead the charge to harness the strength in our numbers and the power of our conviction to produce the next president for our party and country in 2016.” We cannot fail the masses, he added.

Nana Kwaku Agye-Yeboah, Chairman of NPP-USA, added that his branch sees this event as an opportunity to mobile as many youth as possible to help complement the electoral efforts of their fellow patriots in Ghana before, during and after election 2016. He stated that the rank and file of NPP-USA will be in the New York City for the conference.

Sighted by Ghananewsmedia, the list of guests who are to grace the event, as confirmed by the event’s planning committee are as follow:

Cory Custer
Chairman, Young Republican National Federation
New York
And many more!
These honorable guests are distinguished individuals who are very knowledgeable in the realm of politics, and are ready to brainstorm with and encourage the youth to work hard for their party and country for victory in election 2016. A victory that will realize the presidency of Nana Addo Danquah Akufo-Addo; an alternative and obvious choice to the current socio-economic woes and hardship borne out of create-loot-and-share, corruption and mismanagement of the nation resources under the watch of John Mahama and the NDC.

The Youth Wing of NPP-USA therefore calls on all citizens of Ghana to come and witness this historic event geared toward the movement for a change that will create the needed platform and opportunities for citizens to develop their God-given talents which will enable them create wealth for themselves and families; a change we all can believe in!