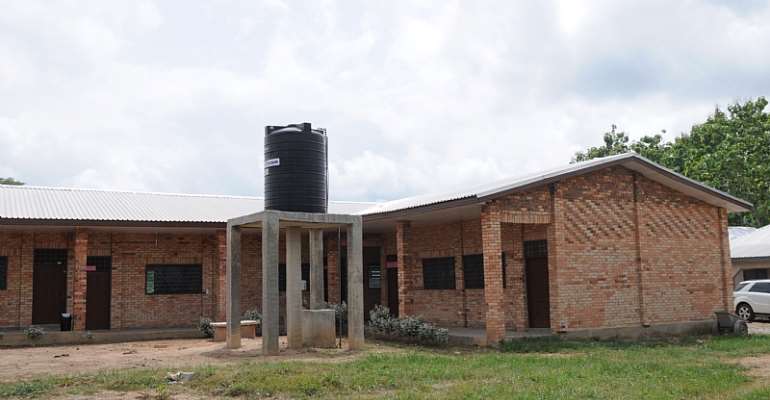 There’s one particular advertisement that has been running for some time on some Sunyani radiostations which I find very interesting for the simple reason that it sums up the way a stranger is expected to find his/her way about in Ghana. After saying all that there’s to say about the advertised object, its location is indicated as ‘near the junction where Assana sells kooko’. Too bad, isn’t it, for both the advertiser and those of us who have no idea where Assana sells her kooko.

I have also heard my own self directing people to where I live by asking them to look out for the second house after the one in front of which there are two ovens. So now ask me:how do I direct people to my home when the two ovens are no longer there? And the irony is that we live in an era where in some other countries someone can drive from one city directly to a particular destination in another city he has never visited beforeby simply entering the postal code, street name, and house number on a navigator. So where and how did we get it all so wrong?

The first House Number I remember very well is House No. BH/B1, Bomaa, because that’s where I grew up. Later on as a Middle School pupil in Kumasi I first lived in O.I. 168, and then O.I. 195 at Ashanti New Town. And still later, I recall that the road on which I lived at Kpehe, Near Caprice in Accrawas known as Olympics Road.

The point here is that, all that was more than 30 years ago. In other words, what it means is that as far back as about 50 years ago houses in Ghanaian villages had house numbers, and streets in Ghanaian towns had names. Under normal circumstances, therefore, it would have been expected that as we kept developing as a nation we would have advanced in all these areas.

Name The Streets And Number The Houses! The President Orders

It has been a little over a year ago since no less a personality than our President gave an ultimatum to Chief Executives of Cities, Municipalities and Districts to name streets and number houses under their jurisdiction within 18 months or get the sack. As you would expect, immediately after the order the rush to be seen to be obedient to the President was evident all over the place. So my own house number which was previously ‘18/21A’– abbreviated from Plot No. 18, Sector A, Block 21 as on the site plan – suddenly became ‘44’. This has been since more than six months ago but we are still waiting to know our street name. Who knows? Perhaps that will come after another presidential intervention.

Not Every Town is a City, Nor Every Road a Motorway

Having said this though I must admit that some streets indeed have been given names.My only problem with this is that it doesn’t appear this is being done in conformity with any known international standards of street naming. The result of this is that –especially here in Sunyani, and atOdumasi, the Sunyani West District Capital– you find what would more appropriately be ‘Lanes’ labelled as ‘Avenues’. That the world is now a global village need not be repeated here.

But what this means is that though we may be using different languages in different parts of the world, what we talk about is virtually the same all over. It is therefore misleading to call some single-carriage side street of about half a kilometre an ‘Avenue’ just because we find the word to be more fashionable than ‘Street’, ‘Road’ or ‘Lane’. In the same vein, we can neither refer to Sunyani as a metropolis nor the Sunyani-Kumasi roadas a motorway.

And What About Post Codes?
Ghana being governed by a unitary authority, one would have expected that after waiting for the President to tell them what to do the responsible Ministry would come out with clear guidelines to ensure that there would be some uniformity in the implementation of the exercise.

By the look of things, however, it appears that every district is doing ‘their own thing’. In particular one thing I haven’t heard anyone mention in all this is the Post Code or a form of geographical identification of the location of the streets. I pray that note would be taken of this to ensure that years after this current exercise is completed another President wouldn’t come and order a new exercise to be undertaken to ensure that our road identification and house numbering system would be consistent with international standards.