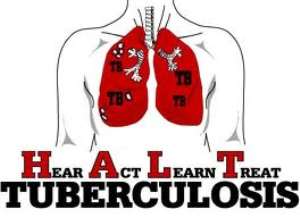 According to the recently released WHO Global TB Report 2013, 450,000 people fell ill with multidrug-resistant TB (MDR-TB) and 170,000 died from the disease in 2012 alone. China, India and the Russian Federation have the highest burden of MDR-TB followed by 24 other countries. Although the number of people detected worldwide with rapid diagnostic tests increased to 94,000 in 2012, three out of four (75%) MDR-TB cases still remain without a diagnosis. Also, just over 77,000 (82%) of these 94,000 people with MDR-TB were started on second-line treatment in 2012.

It is indeed worrying that around 17,000 MDR-TB cases reported to WHO in 2012 were not put on treatment, with waiting lists getting longer. Lack of service capacity and human resource shortages is resulting in many countries not achieving high cure rates.

The highest levels of MDR-TB are found in Eastern Europe and Central Asia where in some countries more than 20% of new TB cases and more than 50% of those previously treated for TB have MDR-TB. At the same time treatment success rates for TB remain lowest in the European Region. The number of MDR-TB cases is increasing even in countries like France, (host to the 44th World Union Conference on Lung Health) where the overall burden of TB is static or decreasing.

MDR-TB is a form of TB that is resistant to at least the two medicines-- rifampicin and isoniazid. Compared to 6-9 months treatment for drug susceptible TB, it can take up to two years to treat MDR-TB and this difficult-to-treat TB costs at least 100 times more! Anti-tuberculosis drug resistance is a major public health problem that threatens progress made in TB care and control worldwide. Drug can resistance arise due to improper use of antibiotics in drug-susceptible TB patients; administration of improper treatment regimens and failure to ensure that patients complete the whole course of treatment. A patient who develops active disease with a drug-resistant TB strain can transmit this form of TB to other individuals.

"MDR-TB is a real and present threat to global health," said José Luis Castro, Interim Executive Director of the International Union Against Tuberculosis and Lung Disease (The Union). "It puts a greater burden on health systems and budgets, as well as the obvious harm it causes to MDR-TB patients and their families. Cases are found all over the world, irrespective of a country's overall level of TB prevalence. We all have an urgent and vested interest in identifying MDR-TB and controlling its spread."

The response to test and treat all those affected by MDR-TB is currently inadequate. Too many cases of TB are neither diagnosed nor treated in time to avoid onward transmission. Even when drug-resistant TB is diagnosed, very often local programmes are not equipped to provide proper treatment or monitoring. Most new cases of MDR- TB occur from person-to-person spread.

The unmet demand for a full-scale and quality response to multidrug-resistant tuberculosis is a real public health crisis. It is unacceptable that increased access to diagnosis is not being matched by increased access to MDR-TB treatment and care. We have patients diagnosed but not enough drug supplies or trained people to treat them. The alert on antimicrobial resistance has been sounded; now is the time to act to halt drug-resistant TB, said Dr Mario Raviglione, Director of the Global TB Programme of the World Health Organization (WHO).

In an interview given to CNS, Dr Surya Kant, Head of the Pulmonary Medicine Department of King George's Medical University, said that, “In India, especially in my state of Uttar Pradesh, drugs like Quinolones are being misused for treating other diseases also, especially those which mimic pulmonary tuberculosis like pneumonia and other pulmonary infections. Moxifloxacin is another anti-tubercular drug which is misused. In western countries anti-tuberculosis drugs are not available without prescription but here in India we get them without any prescription. This is a political issue and the government needs to stop this practice. As a large number of patients go to private doctors, a strict treatment regimen should be prepared for the private sector and only qualified doctors who are trained in TB management should be authorized to prescribe anti- tuberculosis drugs to patients. The problem of drug resistance of arises largely due to lack of political commitment and lack of awareness.”

The WHO admits that progress towards targets for diagnosis and treatment of MDR-TB is far off-track. Globally, only 48% of MDR-TB patients in the 2010 cohort of detected cases were successfully treated, reflecting high mortality rates and loss to follow-up.

So in high MDR-TB burden countries, increased capacity to diagnose MDR-TB will have to be matched with supplies of quality drugs and scaled-up country capacity to deliver effective treatment and care.

This will require high-level political will and leadership and more collaboration among partners, including drug regulatory authorities, donor and technical agencies, civil society and the pharmaceutical industry.