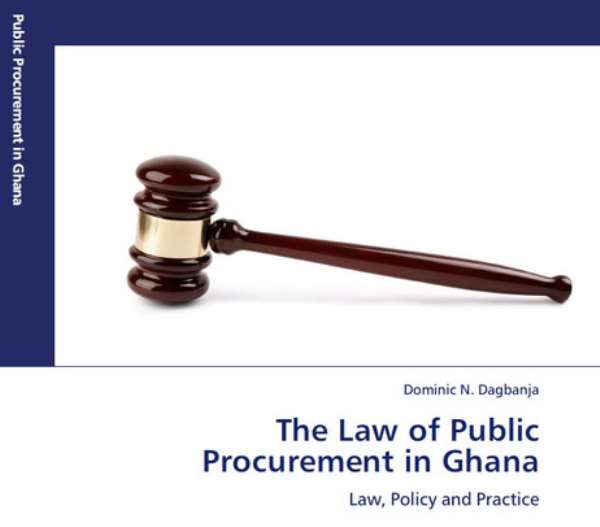 However, the implementation of this well intentioned document has being met with several challenges that ails the health of its object. The main aim of this paper is to point out some of the weaknesses of this Act that make it possible for certain irregularities to persist in public procurement in the republic of Ghana, even in the face of the Public Procurement Act. This paper further intensions the instigation of relevant policy reforms to help achieve the overall object of the public procurement act by adequately solving the identified weaknesses. These are discussed below:

LACK OF CLEAR PROCEDURES FOR EMERGENCY PROCUREMENT; Though the public procurement act has established guidelines, principles and tender committees to take charge of its object, it has, however, failed to clearly provide for emergency procurement procedures. This has culminated in procurement officers resorting to their own discretion during emergency procurement which is subject to immense human error. This is evident in the gargantuan judgment debts paid by the government of Ghana to individuals and corporate bodies. A classic case study is one being battled in court between the Government of Ghana and Businessman, Alfred Agbesi Wayomi. This palpable weakness of the public procurement Act remains one of the major ports of heckling, abuse, foul play and transgression in the business of public procurement right from The Board to subcommittee levels (Public Procurement Authority, 2006).

SLOW PACE IN REGULARIZING THE DRAFT REGULATIONS; The public procurement Act, in its own wisdom in section 97, has empowered the minister to, in consultation with the public procurement board, formulate and institute regulations by legislative instrument, to give effect to the purpose of the act. However, this brilliant idea was not duly consolidated by the Act with a reasonable time period within which the regulations must be drafted and finalized by the minister. Given the fact that we are in a human society, people who matter sometimes sleep over task assigned to them if pressure is not exerted on them to perform. This is exactly the case of Ghana with regards to the draft regulations of the public procurement Act. This has culminated in abysmal compliance levels of various public procurement entities across the country. The average compliance level for Ashanti region and Brong Ahafo region of public procurement process is 18.69% (Ernest Osei-Tutu et al, 2011). This is highly unacceptable per the object of the almighty public procurement Act, Act 663 (2003). Despite the reverence and confidence that the procurement Act has imposed on the procurement department with regards to its capability to add value to the organization, many internal customers actually act on their own and more often bypass the procuring department (Schiele & McCue, 2006). This is as a result of the fact that regulations regarding clear procurement procedures and performance standards are not effectively implemented.

LACK OF QUALIFIED PROCUREMENT PERSONNEL; the public procurement act has clearly stated in section 3(k), as part of the functions of the board, to 'develop, promote, and support training and professional development of persons engaged in public procurement and ensure adherence of the trained persons to ethical standards'. This however, seems to be the opposite of what is exactly on the ground. The public procurement authority, after its review in 2006, reported that there is lack of qualified procurement personnel in the system that cause a lot of inconsistencies leading to gross inefficiency of the concept. This is woefully undesirable per the object of the public procurement Act. This paper also wishes to point out that there is no such clause(s) in the Public Procurement Act indicating where the board should get funds specifically for this crucial but costly task of personnel development and promotion.

MEMBERSHIP OF THE BOARD; The public procurement act of Ghana in its bid to institute working bodies to carry out its object as a working document, has established a public procurement board, herein referred to as the board, to harmonize the process of public procurement in the public sector. The board shall have a membership numerical strength of nine (9) comprising of a chairman, four appointees from the public sector (a representative of the attorney general, a woman and two men), three appointees from the private sector (at least one woman and two men) and a chief executive. However, it is the humble opinion this paper that, in the absence of any unknown peculiar clarifying document, the Act has not being clear on the issue of membership. This is because in an event that the representative of the attorney general is a woman, will the minister continue to appoint yet another woman from the public sector? This raises serious gender political concerns. This is particularly so because of the ever rising numerical strength of youthful political enthusiasts in the Ghanaian society. This paper suggests that further clarification needs to be made to this provision for easy interpretation and usage.

HIGH COST OF ADVERTISEMENT; In an attempt to promote transparency and accountability in the dealings of the Public Procurement Authority, the Act has directed that notices be given in a widely circulated local and international news paper. However, this endeavor has over the years increased the cost of procuring materials, logistics and services for public entities, some of which, the cost of advertisement out-weighs the real cost of the item. It is not an overstatement to opine that such transactions, economically, amounts to financial loss to the state.

Ghana is currently battling with corruption issues at the various ministries and departments which is one of the major hindrances to the achievement of the various MDGs as set out by the United Nations Development Programme (UNDP). It is a basic truth that public procurement remains one of highly suspicious ventures when the instincts of society sense the reality of the indicators of corruption.

Therefore, any serious government of the day owes it as an inalienable responsibility to keep faith with the provisions the public procurement act and make such appropriate policy working documents to strengthen it so as to protect its image from the muddy waters of being tagged corrupt. The President John Mahama led NDC government is yet to redeem its hard earned reputation from the corruption allegations contained in the GYEEDA report. It is only a fact that the corruption perception index influences the decisions that the electorates take behind that secret ballot voting box.