How Can Any Body Say That Dr. Nkrumah Was An Opportunist? 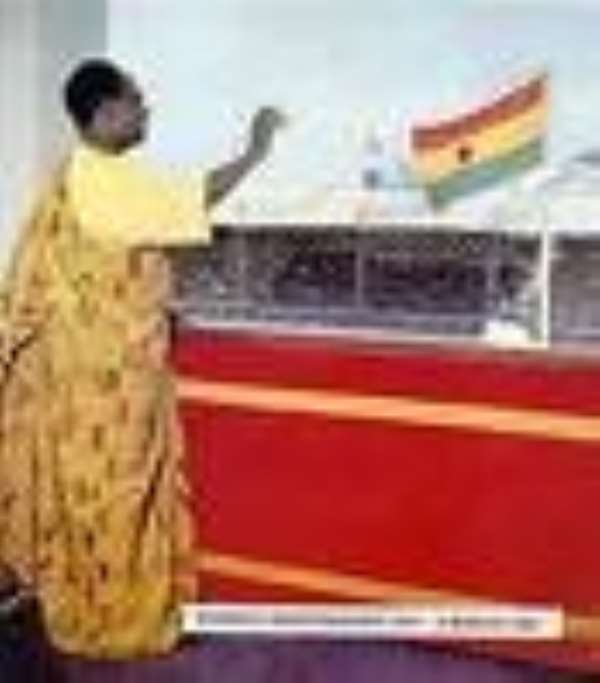 Dr. Kwame Nkrumah returned home in 1947 and became general secretary of the newly formed UGCC. The country was under British Rule and Dr. Kwame Nkrumah seized the opportunity to sell his idea of self rule to the gold coast people on the hinges of the UGCC. While Dr. Kwame Nkrumah was busily touring the whole country convincing the people on the need to rally behind the UGCC for a formidable self governance, the founding fathers of the party pulled back their support fearing that Nkrumah was going to take the shine out of them because of his special oratory and how he was able to resonate with the people within a short notice.

It so happened that at the UGCC easter convention at Saltpond, Dr. Kwame Nkrumah complained about the share laziness of the leaders towards campaigns. He told them that they were not working hard enough to help the party secure power and popularity. As if they had planned and were waiting for a reproach, a quarrel broke and Dr. Nkrumah tendered his resignation letter, holistically and without qualms, after they wrongfully chided no less him without regrets. They told him that he came and met the party and that the party can whole heartedly survive without him.

On June 12, 1949 in Accra, Dr. Kwame Nkrumah announced the formation of the CPP at a CYO meeting. He continued his national tour and meetings with the youth and Chiefs. He declared positive action in 1950 and it resulted in series of riots, strikes and industrial actions. Nkrumah and about 200 leaders of the CPP were subsequently arrested and detained for one year one month. Upon all these, while in prison, he still swept the 1950 elections and was by default, released in Febuary, 1951 to form a new government.

The CPP government was doing very well and the country's infrastructure and economy was growing at geometrical progression. The people of Ghana tasted freedom at its best. The dissented UGCC founders were now jealous at the progress that Nkrumah was making with the CPP and on 24th Febuary, 1966 they masterminded a coup against him, using the despondent state security agencies, which Nkrumah chided after a failed assassination attempt on him at Northern Ghana. The coup was led by Col. E. K Kotoka when Dr. Nkrumah was on his way to Hanoi, Vietnam.

Dr. Kwame Nkrumah painfully lived and died in exile while a gang of crooks hijacked the country he invested all his youthful exuberance to build. The dreams of the new Ghana and the entire African

continent were shattered. Development was set 20 decades back as the millitary regime was busily dissipating the little that it inherited without putting plans to generate any incomes. The CPP was banned from participating in elections. The democratic rights of peaceful people of Ghana were woefully trampled upon.

The NPP, through its Busia Danquah Tradition, takes pride in this black day in the History of Ghana. Mr. Edward Addo Danquah was directly part of the masterminds behind this doom.

It is therefore highly not understandable why lawyer Oyeekwe Otoo and his ilk seek to suggest that Dr. kwame Nkrumah, the founder of this great nation is an opportunist!!! That should have humbly be attributed to Mr. Edward Akoffo Addo and his cohorts because that descriptive noun best qualifies them.