How We Treat The Ghana Cedi Notes 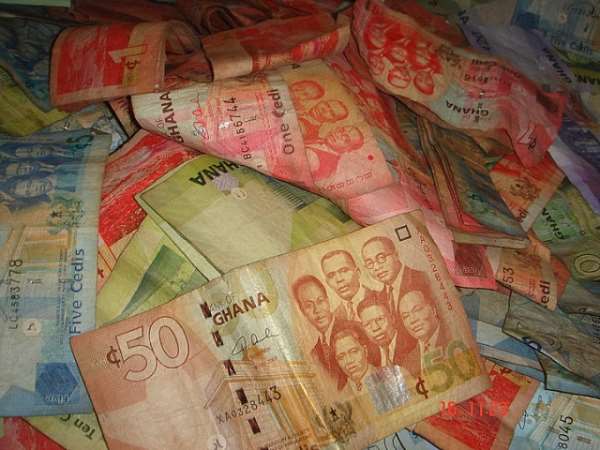 How you take care of your things clearly justifies in an unequivocal dispensation the value you place on them. You cannot treat your possessions anyhow and expect them to be in the best of shapes whenever you need them. The treatment often meted out to our Ghana cedi notes by many a Ghanaian folk leaves much to be desired. Some cedi notes are so dilapidated that you will reject them instantaneously when given to you as change at any point in time. Even though we grumble incessantly as to how bad we treat our currency notes, nothing really concrete is done on a regular basis to halt this rather sad development which is not only negative but a dent on our reputation as well-meaning Ghanaians.

Recently on a public transport otherwise known as 'Trotro' I witnessed a hot and unsavory verbal exchange between the driver and his 'mate' on one side and the passenger on the other side. The passenger who I later got to know as a tertiary student had refused to accept a worn out note handed to him as change. The mate had refused to address his problem of giving him a new note other than the one proffered out to him early on. Grossly incensed the passenger reported to the driver only for him to reply rather sarcastically that he was not the Bank of Ghana to be dishing out fresh currency notes. The passenger was finally given a new note but that was after he had had a resounding backing of a chunk of the passengers on the van. However, something which I rather find intriguing happened, he crumpled it rather carelessly and whilst placing it in his wallet, I got a peep into how other cedi notes were crumpled in his wallet. Surprisingly I saw few Dollar notes neatly arranged in that same wallet.

I witnessed an equally similar incident in a banking hall, where in a queue to do a deposit i encountered a guy who had neatly arranged some dollar notes in his wallet whilst his cedi notes were crumpled in his pocket.

From both instances, you will obviously be able to decipher that these days the blame cannot only be leveled at the doorposts of market women and traders but the so called up and coming young intelligentsia who treat a myriad of things Ghanaian with immeasurable contempt and disdain to say the least. Market women are most often regarded as the sole perpetrators when it comes to mishandling and improper keeping of our cedi notes. Due to the nature of some of their trades, cedi notes can be soiled with items ranging from stitches of fish to oil save crumpling of the notes. However, gone were the days when market women and other traders only had severe bashings pertaining to issues as these. Now, they are not the only ones to blame as in my express pinion they are not the only culprits.

It is sad to come to the glaring realization that some of the people who form the elitist base of our country and are supposed to champion the cause of proper handling of our cedi notes are culprits themselves.

As for our banks and other financial institutions the least said about them the better. I say this primarily because they are in a better position to reinvigorate the campaign of proper handling of cedi notes. Since time immemorial, they have been embarking on countless promotions which some of us never get to see the actual impact on society. I mean if you 'run a house promo' and at the end of the day the highest depositor with already fat account and by this indication a rich person gets to win what good have you actually done to society? If you get more people to open accounts as customers and still they get to mishandle our currency notes, what good have you actually done to society other than your parochial profits? Until we are all at par and uniform with the credit card age this issues must be tackled earnestly.

Rather than making few people privy to the benefits of some of their promotions I suggest that they embark on a 'free wallet giving exercise' to all their customers whilst they encourage them to properly place currency notes in them. This is not too hard a task to demand taking into keen consideration the amounts involved in their myriad of promotions. This will seek to counteract this rather disturbing issue of improper handling of our cedi notes far more than our unending rhetoric of who is to blame and embarking on speech personified campaigns can achieve.

Whilst I have been exposed first hand to Ghana's issue of improper handling of cedi notes, I am convinced that this issue cannot be attributed to only Ghana but other African countries as well. It is in this vain that I make a clarion call to all African countries facing the same predicament concerning their currency notes to charge their financial institutions to come out with pragmatic steps like suggested above to halt this iceberg of a problem whose effects far speak volumes of our culture of improper upkeep of things. Every successful rights issued require handling with care, that you have a right to use your currency notes to your utmost satisfaction does not mean you can handle it anyhow. Handle our currency notes with care, you are not the only user there is.