The Muslim Brotherhood:Face Of Political Islam 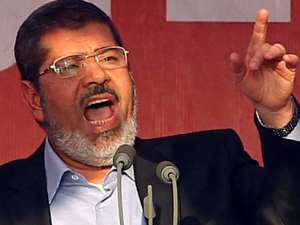 Since a Brotherhood candidate, Mohammed Morsi, won the last Egyptian presidential elections, the organization has come under increased scrutiny. Most people outside the Arab world do not know whom they are or what they stand for.

Since the brotherhood came to power under the Freedom and Justice Party platform, tension has increased in Egyptian society. There is increased strife between Christians and Muslims. Christians are terrified and are emigrating in large numbers to the United States and Europe.

Millions of Egyptians are beginning to believe that they are moving from an Islamic State to a Theocratic State. So who are the Muslim Brotherhood and what do they stand for?


However, the Brotherhood has been part of Egyptian political life for over 80 years. It was founded in the city of Ismailia in 1928, four years after Turkish leader Kemal Ataturk abolished the Caliph-the office that had authority over Muslims in the Arab world since the death of Prophet Mohammed.

The brotherhood was founded by Hassan El Banna, a Muslim cleric and intellectual. It is a global Sunni revivalist movement that advocates a move away from secularism and a return to the rules of the Koran. It calls for a one party state. Its motto is “Islam is the solution”. It started as an organization with five members and by the end of the second world war it had about half a million members.

It began as a religious association with the intent of fighting westernization and re instituting Muslim laws and morality. They were concerned with the social dislocation caused at that time by modernization, industrialization and capitalism and sought answers to them.

As an organizational genius, El Banna created cells in all of Egypt by building physical fitness centers, community centers, Young Men's Muslim Association(YMMA), feeding centers for the poor and clinics. These institutions served as recruiting centers to build a mass organization.

In the 1930s, what started as a religious association transformed itself into political Islam. It started advocating opposition to British and French colonial rule in the Middle East, against the corruption of King Farouk and the return of the Suez Canal. In 1948, it was disbanded and its assets impounded on the orders of the Egyptian government under Prime Minister Mahmoud Pasha.

This did not go down well with the brotherhood and Pasha was later assassinated by a brotherhood member. El Banna condemned the assassination, but was himself assassinated the following year in 1949. The core beliefs of the Brotherhood can be found in the “ten principles of Hassan El Banna”.


After El Banna's assassination, the Brotherhood under Sayyid Qutb became more radical and violent. Osama Bin Laden was a disciple of Qutb. In the 1954, after an attempted assassination against President Nasser, the organization was banned and its members including Qutb were arrested and imprisoned. Qutb was executed by the Nasser regime in 1966.

It remained banned until new Egyptian President Anwar Sadat lifted the ban. However, in 1981, Sadat was assassinated by the Islamic Jihad an offshoot of the Brotherhood led by Ayman Al Zawahiri who later became bin Laden's deputy and now leader of Al Qaeda.

In 1982, its branch in Syria led the rebellion against President Hafez Assad in the city of Hama. Assad flattened Hama and over 10,000 people were killed in a matter of days.

The organization was banned by Assad and it became a capital offense to be a member.


After the assassination of Sadat, Hosni Mubarak cracked down on the organization. Many of its leaders were jailed and some executed. After Mubarak's overthrow, they resurfaced again.

In June 2011, they registered as a political party with the name of Freedom and Justice Party. In 2012, its candidate Mohammed Morsi was elected president of Egypt.

The election of Morsi has severely polarized Egyptian society. Since his election, Morsi has been issuing some bizarre decrees and gradually concentrating power in his hands, setting the stage for another dictatorship.

Nobody knows how governmental decisions are made, and transparency has jumped out of the window. One cannot expect an organization that has been introverted and secretive for over 35 years, to suddenly become transparent and extroverted.

Since the Brotherhood advocates a one party theocratic state, Egyptians might never see another free and fair election after the brotherhood consolidates power.


The Brotherhood has branches in most countries in the Arab World, in the United States and in Black Africa under different names. In Libya-Justice and Development Party; Tunisia-The Renaissance Party; Yemen-Yemeni Congregation Party; Sudan-National Islamic Front; Algeria-Movement for the Society of Peace; Gaza-Hamas; Somalia-Harakat Al Islah; Jordan-Islamic Action Party; Iraq-Iraqi Islamic Party.

In the United States, several Muslim organizations are allied with the Brotherhood. These include the Muslim Students Association, the Muslim American Society and the Islamic Society of North America.


However, because it is a Sunni organization, its influence is minimal in Shiite dominated countries like Iran, Bahrain, Lebanon and Azerbaijan.

**Dr. Leonard Madu is President of the African Caribbean Institute and African Chamber of Commerce. He is also a Fox TV foreign affairs analyst and writes from Nashville, TN.**

My loyalty towards NPP remained intact despite being sidelin...
1 hour ago

Used electrical appliances can be more energy efficient than...
3 hours ago