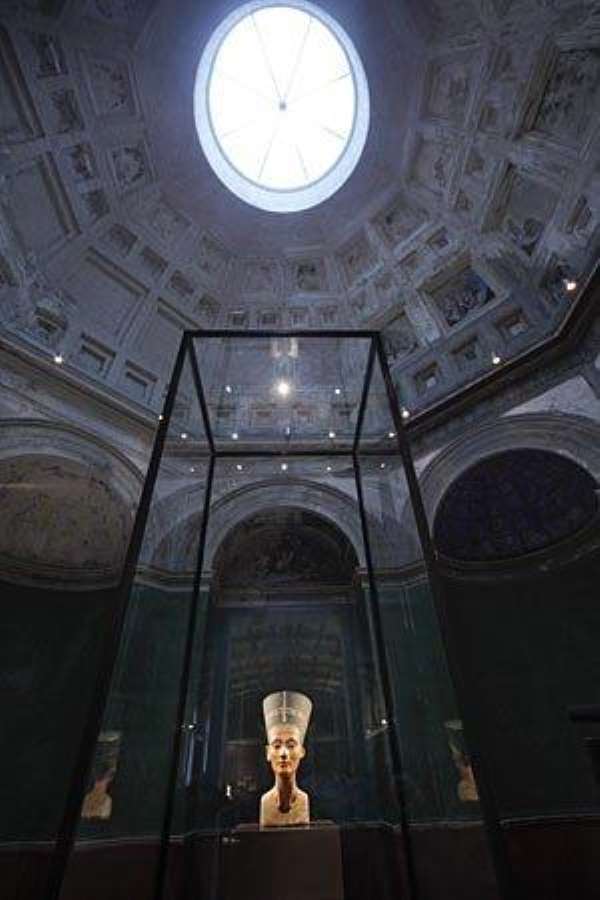 We may not all agree with Zahi Hawass in many aspects of restitution but we cannot deny that the energetic Egyptian cultural activist has a perfect sense of timing and is, in many ways, a very sophisticated strategist that many countries would be well-served to possess.

He first requested from the French Egyptian artefacts for which the French were most probably not ready to fight for. With this initial victory, he reminded the British about his well-known demand for the Rosetta Stone. Before the British could react, he demanded from the Germans the return of the bust of Nefertiti, the Egyptian Queen, who has been kept in German sojourn since 1913 when the notorious German archaeologist Ludwig Borchardt surreptitiously brought the bust to Germany under dubious circumstances which have not yet been completely clarified. Borchardt's own words indicated that he was fully aware that he was taking the sculpture away from Egypt without the consent of the Egyptians or the authorities responsible for dividing archaeological finds between Egypt and the European archaeologists involved in excavation. (1)

It seems Hawass has spoilt a party of the Germans for they were in the midst of celebrating the reopening of the Neues Museum in Berlin where the bust of Nefertiti has been returned after having been moved to the Altes Museum decades ago. The Egyptian Queen was the centre of attraction. Listening to the Germans, an uninformed person might think they were celebrating the return of a German Queen who had been in exile in a foreign country and was now returning home. Indeed one paper had an article entitled “Nefertiti returns home”. Another paper chose the headline, “A palace for the most beautiful Berlin lady”. One might not guess that Nefertit was an Egyptian Queen whose return her people have been demanding for decades.

In the midst of their celebrating Germany's achievements in possessing a complex of museums on the Museum Island and the completion of the renovation of the Neues Museum, little was made of the fact that Egypt wants Nefertiti back to where she really belongs: home in Egypt. Hawass has disturbed the Germans in an euphoric atmosphere by reminding them of this long-standing problematic demand. (2) But did the Germans hope to celebrate the return of Nefertiti to the Neues Museum, Berlin without receiving a reminder from Egypt about an issue which the German magazine, Der Spiegel, described as “disgraceful”? The loud party, full of self-praise, could not be missed by anyone and especially, not by Zahi Hawass who has proved to be a master of the mass media which he has used effectively in the past in securing the return of looted/stolen Egyptian artefacts.

The Germans have made the greatest use of Nefertiti in attracting tourists to the museums in Berlin and above all, in merchandizing the image of the Egyptian Queen. Her image is on ties, necklaces, earrings, bags, t-shirts, pens, note books, books, book-marks, ash trays, scarves, door-mats etc. There are therefore good economic reasons for wanting to keep the African Queen in Berlin. The Germans have tried to make the Egyptian Queen a German but they have not succeeded since the main part of the attraction of Nefertiti lies in her history and the history of her disputed secret transfer from Egypt to Germany. Thus not even the Germans would deny that she is undoubtedly Egyptian.

We hope that the Germans will not repeat all the baseless arguments we have heard in the past about why the Egyptian Queen cannot go home. We also hope to be spared declarations such as the one attributed to a German art professor in the New York Times which in parts insults common sense:

“There was a complete understanding about what would remain in Egypt and what would be taken to Germany,” Mrs. Grutters said by telephone. “Maybe there is a bit of jealousy on the part of Egypt over Nefertiti. In any event, I am not so sure Egypt has the best conditions for this statue,” she added. “And because it is so fragile, I am not sure the statue can even be flown. We have excellent conditions here in Germany. “(3)

To say that a sculpture which travelled in 1913 from Egypt to Germany cannot now travel in modern and improved conditions even though it has been moved a few times says more about the speaker than about the conditions of the object. It is all the more strange that such a weak argument is being presented on the day that the Germans are celebrating the move of Nefertiti from the Altes Museum to the Neues Museum.

Interesttingly, we hear of the inability of objects to travel only when there is discussion of their leaving the so-called “universal museums”. One is reminded of the refusal of the British Museum to send to Nigeria the hip mask of Queen Mother Idia. (4)