Voice from afar: Unity must be based on national, not tribal, identity 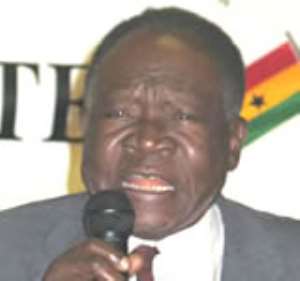 There have been tribal rumblings of late. I took them to be a passing phase. But when a correspondent asked me to comment on the issue and gave examples throughout the country to justify his concern, I became worried.

I have met a few men and women in high places who pontificate about national unity but whose idea of one nation is in belief and practice based on extended kinship.

I brushed them aside, knowing that a few Neanderthal men and women do worm their way to the top now and again. But if this behaviour is an indication of a tribal draught blowing across the country, then we must stop, think and act. It is a dangerous manifestation which can turn sour and harm the nation.

We can deal with the problem successfully, if we do not brush any awkward facts under the carpet. We in this county have been, a collection of tribes and are still tribal to some extent. But this need not be a disadvantage in building national unity. Many entered Achimota of old as boys and girls from Gambaga, Wiaso, Keta or Accra and came put as Achimotan brothers and sisters, even though ethnic practices like tribal drumming and dancing were encouraged. Tribal contributions can enrich the tapestry of a united Ghana.

We have come a long way in the process of building a united Ghana. Not long ago we kept to our own people and spread funny stories about the others. In a way this tendency still persists but we have, to some extent, overcome some major prejudices.

My mother was progressive so far as tribal integration was concerned. And yet when I went home on exeat from Achimota in 1941 or thereabout, she asked me with some consternation whether the strange news from Achimota was true. And what was the earth-shaking news? Daniel Chapman, an Ewe Senior Master at Achimota had married Efua Quarshie, a trained teacher of good Fanti pedigree. Today, such a union is taken for granted at that level of society, though it is not fully accepted in many communities. Still we have made good progress which should continue. Many of our leaders like J. B. Danquah tried to maintain the trend of national unity before and after independence.

Kwame Nkrumah saw the practice of democracy as a threat to national unity politicians had to vie for the votes of the electorate and an easy way of obtaining votes was to appeal to tribal or ethnic sentiments and religious beliefs and practices.

This was obviously divisive. It threatened to divide the country into tribal groups and religious bigoted groups.

A national philosophy for development was difficult to attain in such a situation. He therefore banned sectional parties. Parties had to be nation-wide in coverage. We have come to accept the progressive nature of this apparently dictatorial edict and have enshrined the principle in our constitution.

The present tribal or ethnic rumblings show that the constitutional requirement is not enough. Other measures have to be taken to promote national unity.

Again, Nkrumah the statesman showed the Way. In his office at Flagstaff House no tribe was in dominance. In the inner sanctorum next to his office was his English secretary, Miss Pavel, who incidentally deserves a national thank you and an ex gratia. Next were Enoch Okoh, secretary to the Cabinet and Head of the Civil Service and then Michael Dei-Anang, Ambassador WITH special duties. My office was next to the waiting room.

Okoh was from Anum and Dei-Anang from Mampong. I was a hybrid. The official language was English. English was used in the office and visitors did not feel that they did not belong. It was the same in the offices in the yard headed by T. K. Impraim.

Looking back I believe Nkrumah intentionally refrained from Nzema or Fanti in the office. It took me a long time to realize that his trusted security aide, Ben Fajoe was an Nzema. Once they were exchanging views in Nzema but as soon as I entered, Nkrumah turned to English.

And he knew the language well and found it natural to express himself in it. At he first OAU Conference in Addis Ababa, I lad to arrange a programme of visits to other Heads of State and Government so that Nkrumah could lobby for his cherished idea of African Unity.

President Houphoet-Boigny of the Ivory Coast was the first on the afternoon list. It began formally. Houphoet-Boigny spoke in French and Nkrumah in English. C. L. Patterson interpreted. All of a sudden Nkrumah turned into Nzema and Houphoet-Boigny took him on in a heated but friendly debate. Nkrumah brushed me aside when I made a sign that he was late for the second engagement. At the end he had to brief us about the discussion!

We need no experts to tell us that when you go to a strange place you warm up to a person who speaks your language. If you go to the Castle and only one local language is spoken, you feel yourself an outsider. You feel you do not belong. And so if we want national unity, let us see it in the staff at the Castle or the citadel of power. And let the official language English prevail at the Presidency.

Long interviews in one local language on national news should be avoided. News in local languages should however continue to disseminate information.

There are other areas which can be targeted to promote national unity. One of them is the boarding system in schools. That we are too poor to run boarding schools does not make economic and social sense. Students must eat and somebody should pay for it. Boarding schools should be used to mix us up and feed us adequately. Scholarships should target boarding in communities away from home.

We should work on a broad front to establish unity based on a national identity. The unity based on tribe or extended kinship is fragile. If after centuries together in Britain, Scotland and Wales, want autonomy, we should realize the strength of character and language.

Ours is a relatively small country and we have not been together long enough. This is not the time to emphasise regional and ethnic differences. This is the time to build a strong united country to inspire confidence in all.