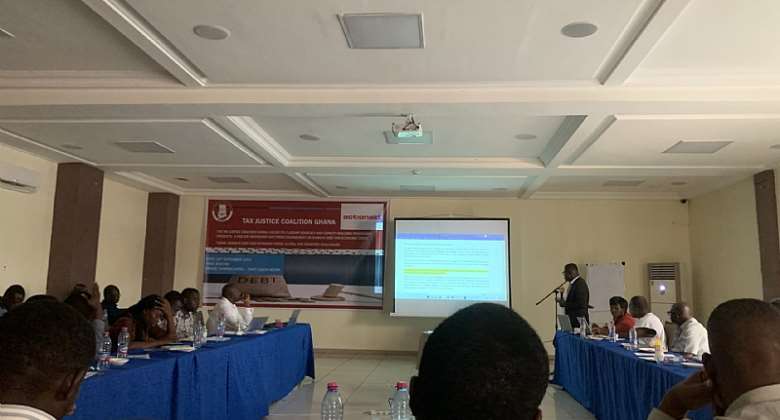 The Tax Justice Coalition Ghana has asked the government to be transparent about the country's debt and its restructuring for effective debt management and sustainability.

The Coalition said it was important for the government to provide the necessary data for its Debt Sustainability Analysis with the International Monetary Fund (IMF), which is a critical component for the Fund's loan support programme.

The Coalition made this call at a workshop held in Accra on Tuesday, November 24, under the theme: “Ghana's Debt and economic crisis: Global and domestic challenges.”

Speaking at the event, Dr Vitus Adaboo Azeem, the Chairman of the Coalition, charged the Government to make available all data on Ghana's debt including quasi-government-backed debt guarantees to fast-track Ghana's negotiations with the International Monetary Fund (IMF).

He said the Government must regularly publish all transactions of State Enterprises, including the Ghana National Petroleum Corporation (GNPC) and the Minerals Income Investment Fund (MIIF).

The Coalition said government must ensure the commitment by the President, Nana Addo Dankwa Akufo-Addo to protect Cedi-denominated debts to protect domestic savings to avoid a total collapse of the economy.

He also advised that an intentional strategy to grow domestic private capital is a way of increasing local content was developed and implemented by the Government to help solve the current economic crisis the country is facing.

Apart from this, he encouraged the Government to implement strategic measures to shore up revenue mobilisation effort through technology-based approaches such as automated tax filing and payment systems, efficient tax-related data management systems and improve tax compliance across all the tax handles.

The Chairman also urged the Government to intensify efforts to curb the illicit financial flows as the nation continued to lose valuable revenues through such avenues.

He said, “The Government must strengthen state accountability institutions such as the Office of the Special Prosecutor (OSP), CHRAJ, EOCO, Ghana Audit Service and Internal Audit Agency by adequately resourcing and guaranteeing their independence to ensure efficiency in public financial management and fight corruption more effectively.”