Bawku: GNAT back calls for closure of schools over safety concerns 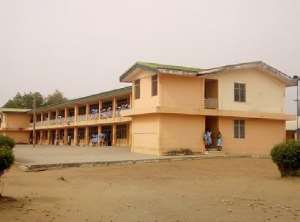 The Ghana National Association of Teachers (GNAT) has backed calls by teachers in Bawku in the Upper East Region to close schools over safety concerns.

Since the renewed clashes in the area, teaching and learning in Bawku Municipality have adversely been affected.

Pupils and students have reportedly abandoned the classroom, teachers fled for their lives and academic performance of school children has dwindled.

The District Secretary for GNAT in the Bawku Municipality and its environs, Gordon Abuga told TV3’s Alfred Ocansey on the Ghana Tonight show on Thursday September 22, that heads of the various basic schools have written to authorities asking for closure of the schools.

GNAT supports their call, he stressed.

“Heads of basic schools say they are not comfortable with the current situation, thus wrote a petition to the Municipal Education office asking for closure of schools, if there wouldn’t be any form of protection for them.

“As their union and mouthpiece, we are solidly behind them. We are also joining them to ask stakeholders and all well-meaning persons within the Municipality to help bring peace to the situation.

“We think that the only way we can help ourselves is to ask for a closure of the schools because we are unable to assure of our security.”