US hopes for progress on Ethiopia peace talks after Kenya election 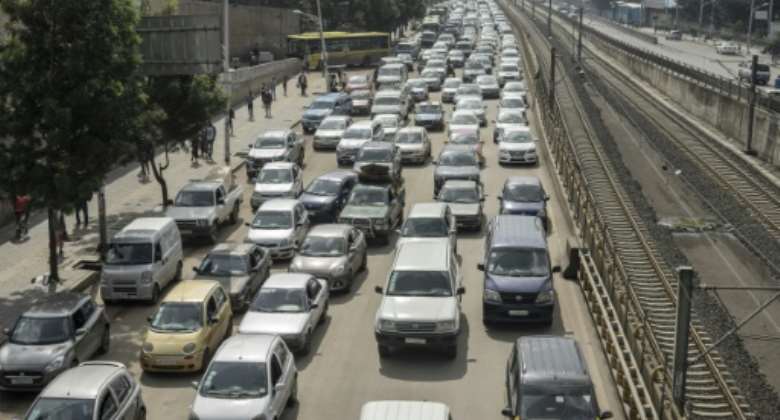 Cars are seen in traffic gridlock in Addis Ababa in July 2022 as soaring prices affect the economy even as a war abates in northern Ethiopia. By Amanuel Sileshi (AFP/File)

A senior US official voiced cautious hope Wednesday for a start of Ethiopian peace talks after next month's election in neighboring Kenya, which has played a key diplomatic role.

Ethiopian Prime Minister Abiy Ahmed in June raised the possibility of talks with the Tigray People's Liberation Front to try to end a brutal war that first erupted in northern Ethiopia in November 2020.

But Abiy said the African Union, based in Addis Ababa, should take the lead in mediation -- a stance rejected by the rebels, who instead want to negotiate under Kenyan President Uhuru Kenyatta.

Molly Phee, the top US diplomat for Africa, played down the row, saying that Abiy had "positive relations" with Kenyatta but noting that Kenya holds elections on August 9.

"It's our expectation that a natural focus on that event may be affecting the scheduling of these talks," Phee told the Senate Foreign Relations Committee.

Mike Hammer, the new US envoy for the Horn of Africa, will travel to Ethiopia this week and "will be having discussions with the parties to see what we can do to move forward on those talks," she said.

The conflict erupted when Abiy, a Nobel Peace Prize winner, sent in troops to topple the once-dominant Tigrayan rebels after an attack on the federal military. Untold numbers have died.

The United States accused Ethiopia, a longtime ally, of ethnic cleansing and President Joe Biden as of January 1 expelled sub-Saharan Africa's most populous country from a key trade pact that offered duty-free access for most goods.

The decision galvanized the Ethiopian-American diaspora which has led a lobbying campaign to return the country to the pact, the African Growth and Opportunity Act.

"The freezing of AGOA impacts the people throughout Ethiopia. It doesn't specifically punish the government. It hurts farmers, no matter where they live, and other entrepreneurs," said Senator Chris Van Hollen of Maryland, which has a large Ethiopian-American community.

Phee said the Biden administration was "looking closely" at whether to restore Ethiopia's participation and that "we are in a much better place" on addressing US concerns.