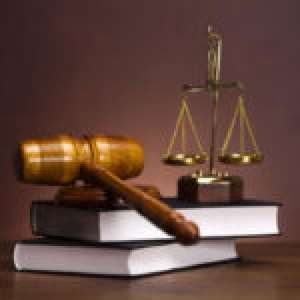 The case of Evans Oppong Kyekyeku who is accused of attempting to use his daughter for ritual purposes has been sent to the Attorney General 's Office for advice.

When the matter was called today, Monday July 18, 2022, before Ms Ama Adomako Kwakye, Chief Inspector Lawrence Kofi Anane, who held a brief of Chief Inspector Richard Amoah, prayed for a date as a duplicate docket had been sent to the Attorney General.

Defence Counsel said he had followed up at the AG Office adding that the State was finding it difficult to advise on his client's case as there was no evidence against him (Oppong Kyekyeku).

The Court, therefore, adjourned the matter to August 1 and remanded Oppong Kyekyeku into Police custody.

Oppong Kyekyeku is facing a charge of preparation to commit crime to wit, murder.

The accused's plea has been preserved by the Court.

The fact of the prosecution is that Kyekyeku is the father of the victim aged 11 years and he has been living in Holland for many years but relocated to Ghana a year ago.

In the month of May this year, Oppong Kyekyeku allegedly told a friend known as Kwame that he was facing financial difficulty and consulted a spiritualist.

The accused allegedly agreed to present his daughter for the ritual.

He was, however, picked up after he had allegedly managed to send the daughter for the ritual at Oyibi Kom in Accra.