Tribute to Nana Ampadu, The Maestro of Ghana Hi-life Music 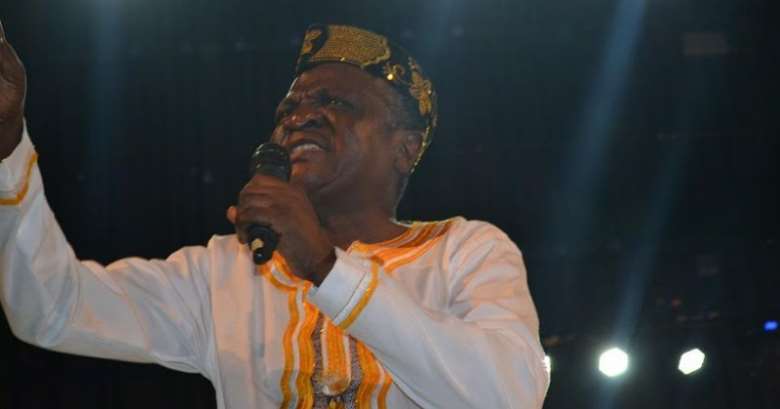 Rest in Peace Nana Ampadu. Your songs have played a pivotal role in my life. Growing up in a strict religious home, we were only allowed to listen to "gospel" songs because we were conditioned that any song without Jesus being mentioned was tagged a " worldly " song, and I know so many Christians still uphold this false belief.

As inquisitive as I was, I sneaked out sometimes to go and sit near by the blue "kiosk " to listen to songs being played on the radio. Fortunately for me, those songs were played on loud speakers so from afar I could hear the songs being played while observing in a distance people trooping in to buy their favorite alcoholic beverages. One day I heard a song being played by Nana Ampadu. The title of the song was Yaa Menua. After paying a close attention to the lyrics of this song, I fell so deeply in love with hi life, especially your music. Your music contained the elements of humanity being love, honesty, discipline, kindness, and above all how to live as humans in society. Your songs reminded me of my history as an African and took our memories back to decades as if we were there.

Your songs are much needed like never before, especially in this generation where we seem to have lost our history due to the influx of western culture and the proliferation of social media content which has utterly eroded our cultural identity as Africans. It's so painful that this current generation has thrown our good music into the gutters and have embraced foreign songs which do not identify with us and have shaped our narrative and conscience into something that we are not.

Another reason is the misrepresentation of our Christian faith versus our cultural values. Many Christian leaders have either ignorantly or consciously discouraged us from listening to our local made songs with the belief that these are worldly songs and should not be played. They believe that doing so is a sign of being sinful or carnal.

Nana Ampadu produced good songs because he knew his history. Today, many of our contemporary songs do not tell any story or advocate for a course.

It's time that Africa especially Christians fully return to Christ. Not only return but come to Christ with our own identity as Africans without the reflection of foreign influence. We are Africans and it's not a crime being so.

Rest in peace Nana Ampadu. Your songs awoke the African Spirit in me and many others.

'My Ga, Fante, Ewe and Northern brothers when was the last t...
40 minutes ago