Is The Museum Of Fine Arts Boston Serious About The Restitution Of Looted African Artefacts? 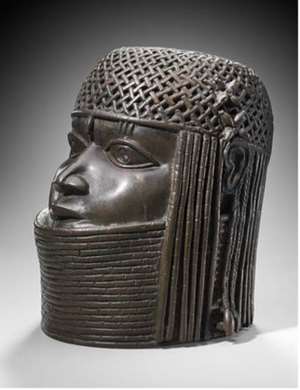 Truth must be repeated constantly because error is being repeatedly preached round about all the time, and not just by a few, but by the masses. In the periodicals and encyclopaedias, in schools and universities, everywhere error prevails, being confident and comfortable in the feeling that it has the majority on its side.” Johann Wolfgang von Goethe. (1)

Nine years ago, we congratulated the Museum of Fine Arts, Boston, for changing its untenable arguments about restitution of looted African arts and returning artefacts to Nigeria:

‘Have the museum officials who a few months ago seemed to be convinced of their right to hold other people’s cultural artefacts experienced a conversion? Whatever may be the cause of the change of position and attitude regarding restitution of looted cultural artefacts, the Museum of Fine Arts must be congratulated for this change of policy or practice which seems to be on the right path. Gone from the museum’s policy then are lengthy legal process and interminable arguments and counterarguments between the museum and artefact owners.’ (2)

However, we read recently to our great astonishment, in the Boston Globe that the museum which still holds twenty-nine looted Benin bronzes, now does not know to whom it could return Benin artefacts. A director of the museum has been reported as follows:’ it remains unclear who has proper standing to make a restitution claim: Is it the oba? Edo State? Or is it Nigeria’s National Commission for Museums and Monuments? (3)

We read further in the Boston Globe: But what is a straightforward duty for other institutions is a more complicated one for the MFA.

For starters, most of the objects are not the MFAs to return. Banking scion and collector Robert Owen Lehman pledged the 32 Bronzes to the museum nine years ago. But at present, the MFA owns only five of them outright.

The museum could move to ship the two plaques, two commemorative heads, and the pendant to Nigeria on its own. But that sort of unilateral decision could invite an ugly public rupture with Lehman — throwing the fate of the other 27 Bronzes into question.’ (4)

Is the Boston Museum that had in the past returned looted Benin artefacts to Nigeria now telling us it does not know any more to whom those treasures could be returned? Why does the museum not return it the same way it did in the past? Why does the museum not ask a well-known Nigerian artist like Peju Layiwola, professor of Art History, University of Lagos? To read now, after the University of Aberdeen, Jesus College, Cambridge, and other institutions have restituted artefacts to Nigeria and several States are preparing to do so, that the Museum of Fine Arts, Boston, does not know where to send those treasures appears as farce. Why does the American museum not follow the path the Germans have taken, by handing over the objects to the Nigerian Federal Government, represented by the National Commission on Museums and Monuments, led by Prof. Abba Isa Tijani who in turn will hand them over to the Oba of Benin, the owner of the Benin artefacts?

The Museum of Fine Arts, Boston, advances a very unconvincing argument. When Robert Owen Lehman made nine years ago a donation to the museum, we assumed that the museum would own the thirty-two objects. We now learn that the museum only owns five of those objects; the museum could return those five objects to Nigeria, but the Boston institution asserts that this sort of unilateral decision could invite an ugly public rupture with Lehman — throwing the fate of the other 27 Bronzes into question.’ In other words, the museum is afraid of a public difference with Robert Lehman, its benefactor. The museum appears in favour of risking the ire of the two hundred million Nigerians who have been deprived of their treasures for 132 years. The director of the National Commission on Museums and Monuments asked for the return of these looted articles already in 2012. (5)

But how did the museum acquire those five artefacts? Was this through purchase even though the museum was abundantly aware that the Lehman objects were all stolen from the notorious 1897 invasion and looting of Benin City? What was then the nature of the Lehman donation in 2012, a mere ploy to enhance the purchase value of the looted artefacts by placing them in a prestigious museum? Or was the gift only a device for tax purposes only?

The Museum of Fine Arts, Boston, is willing to go against the clear direction of the history of restitution of looted African artefacts by ignoring the following:

The Museum of Fine Arts, Boston, has had enough time since the Nigerian letter of 2012 to make up its mind about restitution. So, if it starts now to create doubts about the restitution process, we must conclude it is avoiding its legal and moral duty to restitute looted Africa artefacts. The famous museum thus joins the racist and reactionary institutions that persist in holding onto old colonialist and racist ideas about Africans.

The museum also violates the United Nations/UNESCO resolutions on the return of cultural property to their countries of origin. Since 1972, the organizations have urged holders of looted colonial artefacts to return them to their owners.

The General Assembly once again unanimously adopted on 6 December 2021 a resolution on ‘Return or restitution of cultural property to the countries of origin,’ (6). During the discussion of the resolution, the representative of the United States said trafficking in cultural property denies populations, especially indigenous peoples, objects that form a central part of their heritage.

The withholding of looted artefacts of African peoples violates their rights to independent cultural development as provided by the General Assembly Declaration on the Granting of Independence to Colonial Countries and Peoples New York, 14 December 1960. The rights granted by the United Nations Declaration on the Rights of Indigenous Peoples are hardly respected by delaying tactics.

The rich museums of the West do a disservice to the cause of justice and restitution by advancing untenable arguments for their illegitimate retention of looted African artefacts. They thereby encourage those who believe that 130 years of illegal detention are enough and that they should collect the artefacts from the museums and bring them back home to Africa.

The struggle to recover our looted artefacts may be for some Westerners mere academic and intellectual exercises. For many Africans, the quest to regain our treasures is a spiritual and cultural duty to rediscover and regain essential components of what constitutes our cultural identity and what distinguishes our societies.

The Museum of Fine Arts, Boston, has the choice of doing what most people and institutions now accept as the right thing to do by returning looted artefacts or join those who still harbour imperialist illusions of grandeur, unrepentant about colonialist crimes of violent robbery, and who continue to hold onto looted African artefacts. Every second the museum holds onto looted African artefacts; it violates the human rights of the rightful African owners.

5. See the annex below for a letter dated 2012 to the Boston Museum of Fine Arts from Nigeria.

LETTER OF NATIONAL COMMISSION ON MUSEUMS AND MONUMENTS TO MUSEUM OF FINE ARTS, BOSTON,2012. 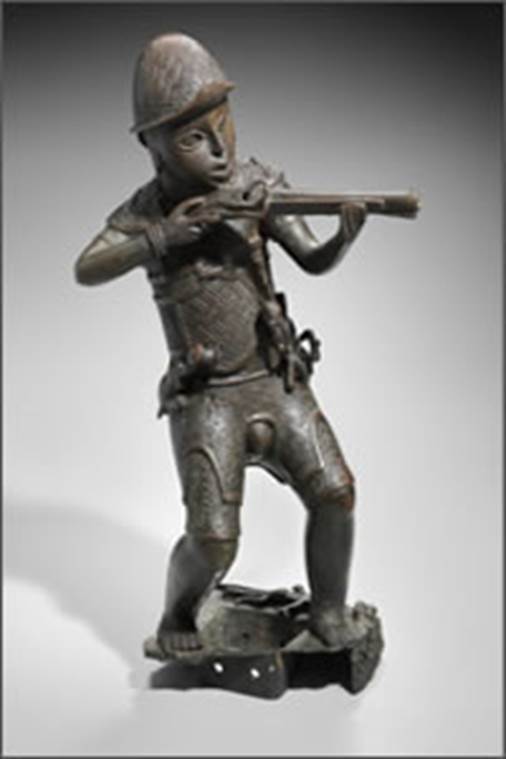 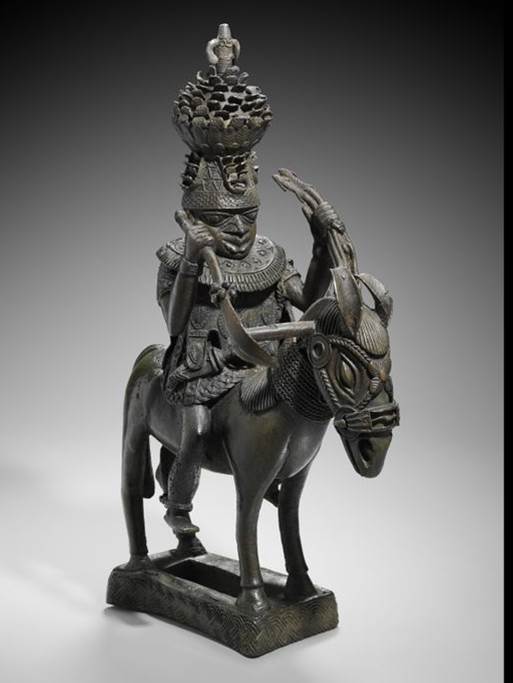 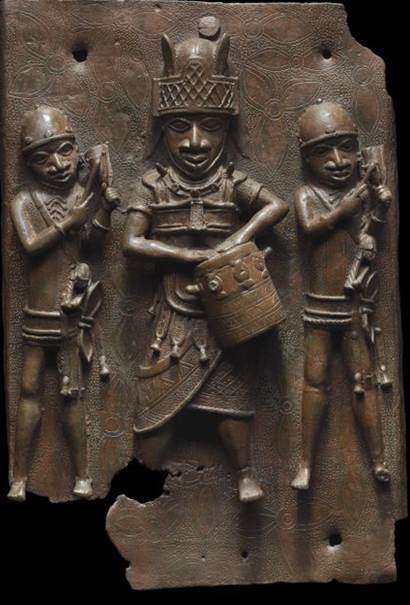 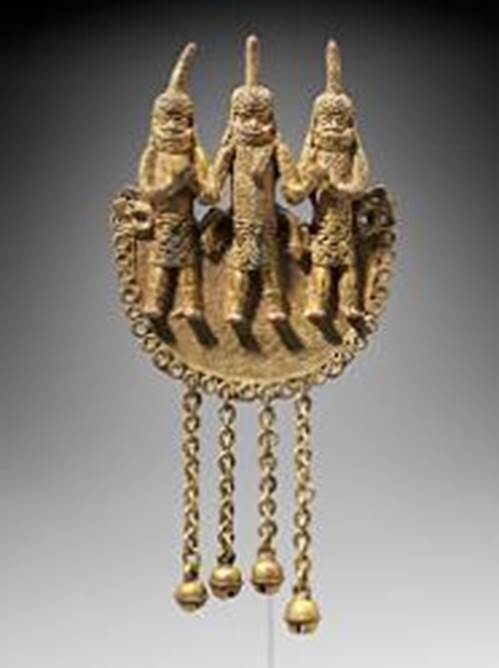 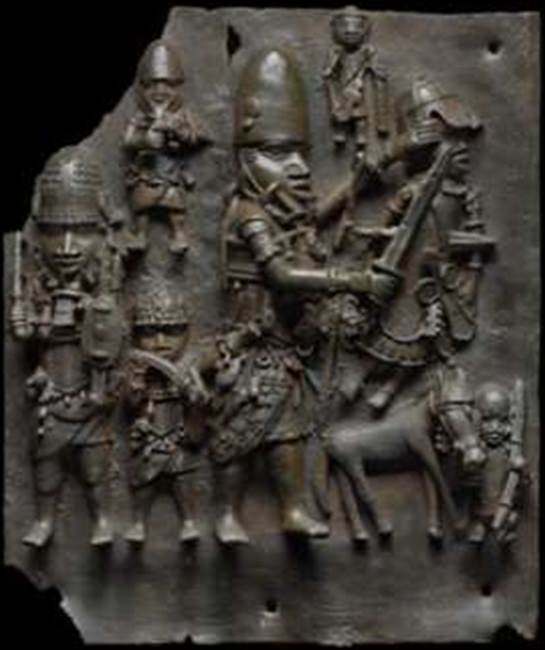 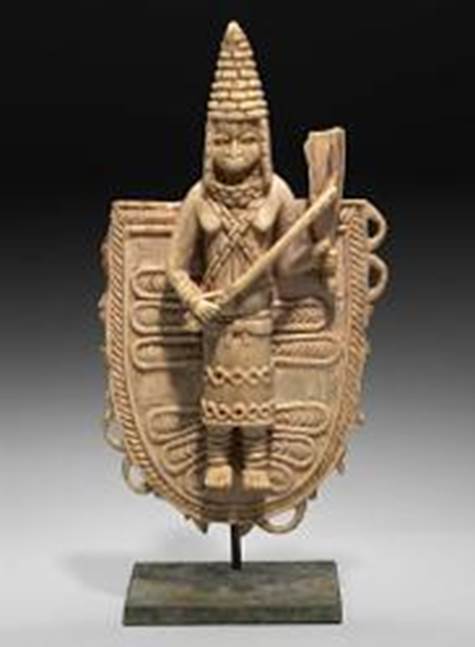 Pendant with a queen-mother playing a gong, Benin, Nigeria, now in Museum of Fine Arts, Boston, United States of America. 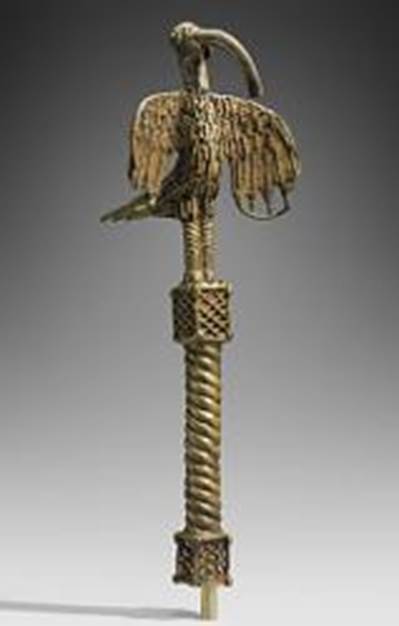 Takoradi: Labourer battling for his life after Chinese boss ...
29 minutes ago