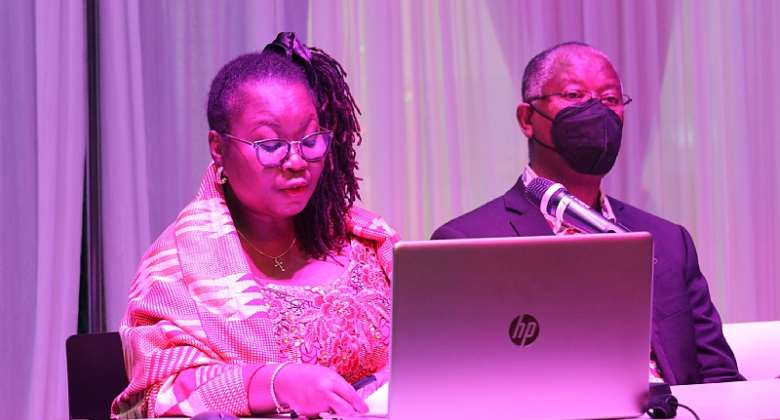 The Ghana Embassy in the Kingdom of Norway last weekend conducted its maiden mobile consular services in Helsinki, Finland from 14-19 September 2021.

The exercise has been seen as an immense benefit to Ghanaian migrants in Finland who want to acquire the new biometric passports. Others expressed the hope that another mobile consular services exercise could be organised in the next shortest possible time to enable them secure new passports.

The team was under a huge pressure and did well to serve over 300 applications for the new passports. The huge number of applications can largely be attributed to the COVID-19 situation with its attendant problems such as the lockdowns which prevented people whose passports had expired as well as babies who had been born around this period from travelling or initiating the process to secure new passports.

Many of the applicants later expressed deep gratitude to the Embassy for bringing the much-needed mobile consular services to their doorstep in Helsinki. They gave a positive and highly appreciative feedback to the Ghana Embassy team for this initiative which saved them money and time, as it would have been extremely costly, inconvenient and difficult if they had had to travel or post their documents to the Embassy in Oslo.

Many of them admired the professional, excellent and very helpful service rendered by the efficient staff in such a laudable exercise, although some people were disappointed that their applications could not be processed due mainly to late submissions.

The visit to Helsinki was the first of its kind by the Embassy after it was officially opened in Oslo, Norway in November 2018. The newly-created Ghana Embassy in Oslo is also accredited to Finland and Iceland, which were previously under the Ghana Embassy in Denmark.

Ambassador Lartey was appointed as Ghana’s first resident Ambassador to Norway in February 2019 by the President of Ghana, Nana Addo Dankwa Akufo-Addo. However, the COVID-19 situation and lockdowns did not allow her to visit Finland earlier.

She was happy for the opportunity to be in Finland and she held face-to-face meetings with officials of the Finnish Ministry for Foreign Affairs and others for the first time to discuss key issues about cooperation between Ghana and Finland.

For the Ambassador, it was an opportunity to meet the officials of the Finnish Foreign Affairs Ministry to consolidate relations with respect to trade and investment.

She also held discussions with Finnish investors who are interested in investing in Ghana.

The Ambassador took the opportunity to also closely interact with Ghanaian migrants in a meeting last Saturday in Helsinki. The event was arranged as a town-hall meeting with representatives of the Ghanaian community and it attracted persons who had travelled from other places in Finland.

The meeting was also organized virtually (by Zoom) to enable others participate from their homes, and gave participants the opportunity to ask questions about various issues such as securing new passports, dual citizenship and travelling to Ghana, getting the right information from the Embassy, etc.

Members of the community were happy to have interacted directly with the Ambassador. She praised the Ghanaian migrant community for the apparent unity and harmony among them as well as their peaceful nature.

The Ambassador assured the community that the Embassy is always at their service and that the mobile consular services would be organized as frequently as possible for people to secure the new biometric passports which are to replace the machine-readable ones in the near future.

12 organised crime suspects busted for carjacking, robbery a...
34 minutes ago