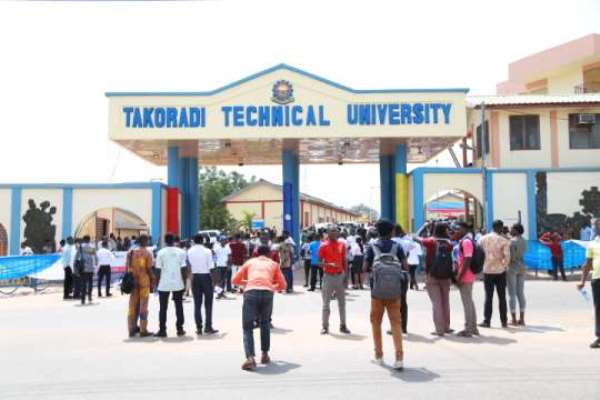 Two rusticated students of Takoradi Technical University (TTU) have secured an injunction from a High Court to halt upcoming examinations.

The tertiary institution is currently gearing up to undertake its second-semester examination.

Due to concerns of two aggrieved level students pursuing Higher National Diploma (HND), plans for the exams have to change.

According to information gathered from Starrfm.com, the Sekondi High Court suggests the two aggrieved students through their lawyers secured an interlocutory injunction to stop TTU from undertaken examination for Higher National Diploma (HND) LEVEL 300 students of the Procurement department.

Speaking to Empire News, One of the uncles to the students, Kingsley Fredricks shared that several attempts were made to get a fair hearing for his sibling but proved futile.

With the school failing to respond to a petition filed, they were forced to go to court to secure an injunction to halt the upcoming exams.

One of the students, Constance Asante, and her other colleagues were handed two semesters of rustication for misconduct.

They were also charged with unlawful usage of TTU’s school logo as well as planning a demonstration against the school.

Although Registrar of Takoradi Technical University Dr. Moses Maclean Abnory notes that the school is yet to be served with the writ, the second-semester examinations expected to start on Friday, July 23, 2021, is set to be postponed.