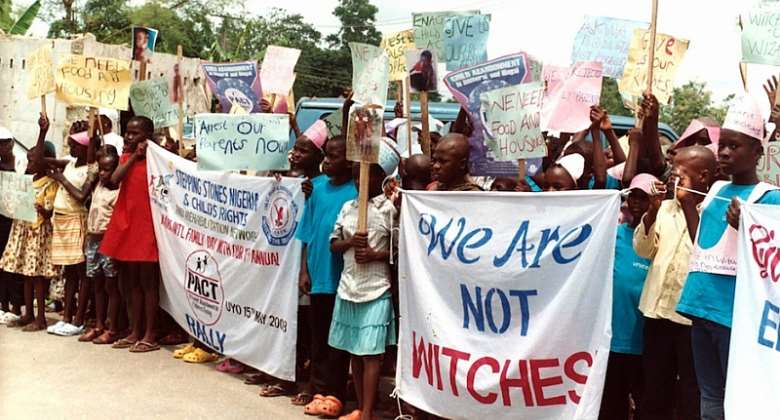 A senior lecturer at the University of Uyo, Dr. Emmanuel Abiama has called on the government to ensure the effective implementation of the anti-witchcraft law to safeguard the lives of vulnerable children and old people who are at risk of being labeled as witches or wizards, torture and maimed if not killed.

Dr. Abiama made the calls when he led about two hundred students of the Department of Psychology of the University of Uyo to the CRARN Children's Centre, Ikot Afaha, Eket Akwa Ibom State for a research study.

The university don prayed government not to relent in its efforts in carrying out enlightenment campaigns to curtail the menace of children stigmatization, violence and abandonment which are now taking a frightening proportion in the country.

He added that implementation of the anti stigmatization and abandonment act was a prerequisite for the protection of children from danger of false religious teachings and cruel act against children and elderly people.

“One thing is to make a law, another is the implementation. My humble plea is for government to effectively carry out the implementation of the law and do thorough and prolong campaigns to sensitize the people to jettison this horrible belief and brutality on vulnerable people, mostly children. The event coincided with the visit of a final year student of the department of History and International Studies, University of Calabar," Ms. Idorenyin Akpan, who is researching on the Witchcraft Accusation and the Child’s Right Act in Akwa Ibom State.

The head of the Child's Right and Rehabilitation Network (CRARN), Mr Sam Itauma thanked the students for deeming CRARN Centre fit for their research work and called on them to cultivate good virtues in school in order to become responsible citizens in the society.

Itauma charges the students to take up the campaign against naming children as demons and witches in society as such practices may open society to a terrible security challenge in the nearest future.