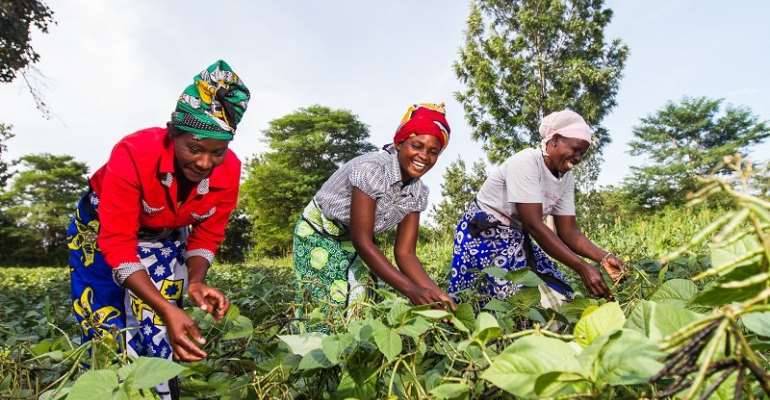 Based on the Decree of the President of the Republic of Indonesia (RI) Soekarno Number 169 of 1963, September 24 is designated as the commemoration of National Farmers' Day in Indonesian.

Besides that, this paper is basically not limited to criticism and self-criticism as well as ideas and concepts in reviewing the conditions of our farmers and agriculture. However, following up on government discourses and programs concerning the ecosystem and agricultural welfare in improving the country's food.

This is because the authors assess that until now what deserves to be said as unsung heroes in Indonesia are farmers. Farmers have never been an orientation, let alone a lucrative profession but they must keep it alive. In contrast to teachers who are now competing to become PNS (Civil Servants) rather than being torches in the midst of the darkness of the nation, the orientation is materialistic pragmatic salary.

Philosophically, being a farmer is a noble job, but the reality that has happened in society so far is not the case, especially in Indonesia being a farmer is a job with conditions that "only provide income" which are low in social classifications and less economically in the life of society, nation and society. patriotic. So that many people are competing to avoid becoming farmers, and choose to become politicians with ties who end up being jailed for corruption.

As recently (pre-pandemic covid-19), many narratives question the seriousness of the government in developing the agricultural sector which also departs from agricultural conditions so far. We also often find reviews in the media regarding agriculture, gloomy conditions and we need to mourn at all times, market conditions, the global environment, and studying the educational and social background of our farmers.

Furthermore, in welcoming the development and the big target as a global food source country in 2030, the government will be presented with homework to improve the welfare of farmers. Of course, the government's efforts must be able to raise the spirit of togetherness of all parties to make it happen. The spirit of togetherness and discussion of the challenges of agriculture and farmers are not only limited to discussion materials, but the results are used as steps to be implemented. In this spirit, all supporting elements must be adjusted, starting from education, market ecosystems, cooperatives, philanthropy, production inputs and other related elements. In addition, solving agricultural challenges requires a grand strategy and is compiled together. Therefore, it is found that the right implementation and practices are found for all elements to make it happen through collaboration, coordination and synergy.

In today's information age, one example of agricultural challenges that require collaboration, coordination and synergy is data. All elements must have a single farm data agreement and in common. The point is to make it easier to fix the decline and improve agriculture fundamentally and thoroughly.

If refers to Rusli Abdullah's statement as a researcher at the Center of Food, Energy and SDGs-INDEF, he said that there are six food problems that are challenges and ingredients for improving the government, namely improving food data, human resources in the food sector, climate change, institutions, land consolidation, and there is a shift in demand for food from carbohydrate to non-carbohydrate sources.

Therefore, the spirit of togetherness and awareness must really be applied, starting from the Ministry of Agriculture, the Ministry of Trade, the Central Bureau of Statistics, the Geospatial Information Agency, the Ministry of Agrarian Affairs and Spatial Planning / National Land Agency, BULOG, BAPPENAS, and also the role of regional government. Meanwhile, the challenge of order and security in distributing agricultural inputs and products requires the involvement of the TNI-Polri.

Even so, through this commitment to the spirit of togetherness, the government stated that on December 1 yesterday we will have single data related to paddy fields, farmer conditions, and agricultural products. And it turns out that until today we have not obtained the big data, it is still a discourse!

Not only that, recently the government is trying to provide education for farmers, it has even become a priority program as the main force of agriculture. What we then hope is that there will be an increase in the independence of the farmers in line with the human resource capacity that is getting better equipped in the agricultural crater.

It was recorded that 22,913 farmers had attended the training based on statistical data until last October. In addition, a total of 2,991 farmers from 997 groups were educated and focused on the Young Agricultural Entrepreneur Cultivation program, 168 people participated in the Self-Help Rural Agricultural Training Center program, and farmers interned abroad. Thus the farmers are trained through business knowledge and strategic business. Along with that, efforts that have also been made by the government are building infrastructure and modernizing the agricultural sector by increasing the use of agricultural machinery and tools (alsintan).

It is true that in this modern age peasant capital is not only human capital, but farmers must also use various means of mechanization. Like tractors, aeropro planes, rice transplants, and combine harvesters to support agricultural progress.

Meanwhile, the government needs to make efforts to optimize the budget and strategic programs to support agricultural development. What the government, through the Ministry of Agriculture, called it a "program and budget for agriculture" as a representation of its commitment to welfare the farmers.

Furthermore, in increasing farmers' access to finance, the government is also designing a capital allowance scheme through the Agribusiness Microfinance Institution and synergizing it with People's Business Credit and optimizing the expansion of agricultural insurance to protect agriculture itself.

Through the "program and budget for agriculture", the government also encourages the role of banks and the private sector in developing the agricultural sector. The participation of banks and the private sector can certainly have a more pronounced welfare impact on farmers. For that, it is necessary to make corporate management the main basis for a developing agro-industry.

However, this corporate management must also be able to create increasingly competitive agricultural products in the global market. Likewise, the agricultural development plan must be in line with President Jokowi's vision regarding investment and exports. Then, to attract the interest of the younger generation, the government has built 50 thousand hectares of Modern, Independent and Advanced Integrated Agricultural Areas in 15 provinces with a discourse that it will prepare 1 million millennial farmers.

Thus rather than that, the government should be able to eliminate sectoral egos for the sake of unity, eradicate injustice, and create common prosperity for the sake of progress. Indonesia must be able to maintain and increase its pride as an agricultural country and the realization of Indonesia's 2030 vision of "becoming a world food barn". As Soekarno once stated that the problem of food is a matter of life and death of a nation.

More Opinion
ModernGhana Links
The Adinkrah Symbols have a Bono inventor not Ashanti
4th August Can Never Be Founders' Day
The fix the country demonstration not potent enough to bring the needed change in Ghana
Observations From Afar: Half Term Report On Ghana – January To June 2021
The Black Man Is Capable Of Managing His Own Affairs???
Noise Makers Do Not Have the Right to Damage the Health of the Citizenry
MEDIA TODAY: Objectivity, Vendetta or Bootlicking. Democracy in Ghana cries
Why I Will Not Recommend Johnson Johnson One Shot Covid-19 Vaccine Use In Ghana. My Unpopular Opinion
How Businesses in Northern Ghana and other Zongo Communities are managed
TOP STORIES