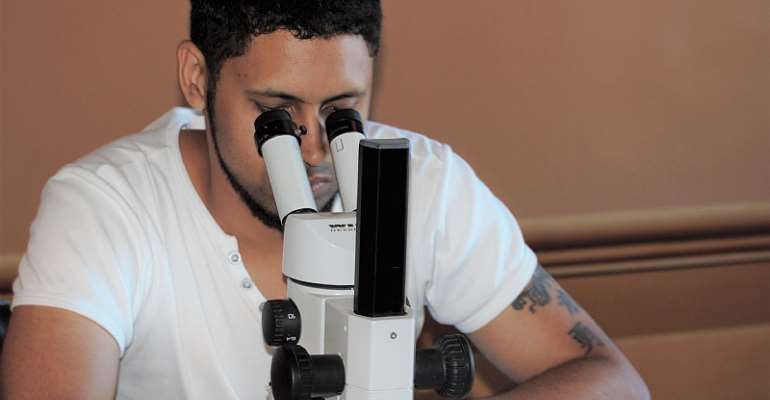 To some people, museums are a place to view curiosities or to learn more about our world. For others, museums are buildings that conserve history and heritage. Few will describe museums as places of active research. But this is a crucial part of their purpose.

Museums have also been integral in advancing science over the past couple of centuries. Natural science researchers at South African museums have contributed a great deal to the advancement of biological, geological and palaeontological sciences. Museum scientists have collected, analysed and mapped biological collections. This has added to our understanding of modern terrestrial and marine ecological and environmental change.

South African natural science museum research has also moved with the times. As climate change, pollution, sustainable resource management and water scarcity have become important discussion points, so the research done at natural science museums has aligned to these concerns. Exhibitions are also increasingly becoming more relevant in addressing and discussing these issues.

At Cape Town's Iziko South African Museum , scientists are turning to a little-known field of research to better understand past and present climate and environmental change. We are among those studying microfossils in a field called micropalaeontology . It allows us to learn from the past in a bid to mitigate the present effects of a changing climate.

Microfossils are the remains of very small to microscopic-sized animals or organisms. These organisms or animals can be unicellular or multi-cellular. They offer up an array of information to scientists, like the time periods in which they lived and how environments have changed. They also help us to understand evolution. Scanning electron (SEM) and nano-computerised tomography (CT) scanned images of the foraminifer microfossil Sphaeroidinella dehiscens that is only 0.5 mm in diameter. Iziko Museums of South Africa and CAF Stellenbosch University

The identification and chemistry of certain microfossils provides clues to past climate changes. That's because some microfossil groups, such as ostracods and foraminifera , retain past chemical signatures within their remains. This can give scientists useful information, such as how carbon dioxide, oxygen, ocean chemistry, sea surface temperatures and ocean currents are changing . That, in turn, helps to identify drastic changes in environmental conditions. And that's crucial to understanding adaptations and extinctions.

The remains of these organisms can also indicate how polluted an area is today, and what the implications are for human activities. These implications also drive further research into sustainable management challenges for policy decision-making and the state of the human environment.

It's also important that this information be shared widely. Ordinary people need to understand a bit more about the science that shapes our world. That's where museums come in.

Micropalaeontology at the Iziko South African Museum started in the mid-twentieth century. The bulk of the museum's microfossil collections were donated by two academics, Professor Richard Dingle and Dr Ian McMillan. Their studies from the 1970s to the early 2000s informed on the oceanography, biostratigraphy (the characterisation and dating of sediment or rock units based on the fossils they contain) and exploration of potential mineral and petroleum reservoirs around South Africa. Ostracods can be indicative of environments and are approximately 1 mm in length. (left) 16 million year old crustacean ostracod microfossils Bairdopilata sp. (top) and Henryhowella sp. (bottom); living ostracod (right) (left) Iziko Museums of South Africa; (right) Anna Syme

Micropalaeontology has become part of the museum's public programmes. This is in keeping with the modern trend in natural history museums, especially in biology and palaeontology: a move away from largely taxonomic-based and categorised exhibitions to multi-disciplinary exhibitions. This ensures that the public, or even other researchers, can obtain more informed viewpoints.

Museums are also using digital and social platforms to share knowledge with the public. At Iziko, micropalaeontology has been a part of these developments, featuring in pop-up exhibitions and an online exhibition .

Micropalaeontological concepts have also recently been incorporated into the museum's education programmes. This allows school learners and university students to expand their understanding of how the world is changing. A survey about palaeontology workshops by the Iziko South African Museum for school learners of various ages revealed a 40% increase in their understanding of palaeontological concepts after they attended a programme led by museum researchers.

Postgraduates and young scientists have also benefited from micropalaeontology's increased presence in the museum's daily work. Museum researchers have collaborated with those at other research and academic institutions. These collaborations equip young scientists in particular with useful skills and help them to develop their careers. In 2016, 2019 and earlier this year, postgraduate students in natural sciences took part part in field excursions. Participants from South Africa, Botswana, Zambia and Germany collected microfossil, sediment, soil and water samples from across southern Africa for further academic research and student projects. Museum scientists conduct their fieldwork in the same way as other scientists. The research vessel Meteor conducted a field campaign around South Africa between South African and German scientists in 2016, collecting deep-sea sediment, water, biological specimens and microfossils. Photo taken by Michael Kossack

The world has witnessed how museums have advanced over the past few centuries into an era where technology has been embraced. As time passes, the reach of these institutions will likely increase with the help of digital technology.

Museum science content – from the more well-known dinosaur palaeontology to the lesser known micropalaeontology – will become more readily available as we move into the future.