Men in Black: Enhancing the Judiciary in Ghana’s Democracy 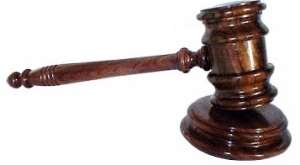 “The Spirit of demagogy has broken loose…the nation is breaking up, smashing itself to bits. Spain!... God save the country, God save the Queen…”

God save the Republic. God save the Black Star. Considering recent developments in Ghana, this common quote from Spanish history readily comes to mind and although some may swear in the name of their political parties that Ghana is not breaking up(or that it is), the country probably needs the saving hands of God now than ever before.

The Constitution that established the Fourth Republic provided a basic charter for republican democratic government. It declares Ghana to be a unitary republic with sovereignty residing in the people. Intended to prevent future coups, dictatorial government, and one-party states, it is designed to establish the concept of power sharing. The document reflects lessons learned from the abrogated constitutions of the 1957, 1960, 1969, and 1979, and incorporates provisions and institutions drawn from the Parliamentary and Presidential constitutional models. Anyone knows what it's called? That may one sure reason for unstable governance and an all yielding executive which may boll doze its way over the other arms. For instance how could the constitution in one breadth say that a majority of Ministers should come from parliament whiles at the same time pretending to espouse the highest tenets of parliamentary democracy. Parliament's either got to be supreme or not. The Executive's got to be either a bonafide all power yielding one or not. And the judiciary has to be independent or not. No middle roads.

Despite a sound framework and a working judicial system, there still exist some inequalities in the justice delivery system of the country. The judiciary must do more to be transparent, responsive and participatory in dealings. Despite all the gains in democracy, a failing and doubtful court system will leave us exactly where we started years ago. If people feel that democracy is failing to produce a competent and fair trial system, then they become skeptical. This may be the breeding grounds for all sorts of wild, imaginative and as we've seen before illegal ideas, which may be transformed into action.

As Ghana approaches its fifteenth year of democracy without power seeking gate crushers parading themselves as party hot dogs' and fifty years of statehood it is not only apt to reflect on our current democratic practice but also on the institutions that bring the theories of the ideology into reality. The courts no doubt have a primary role to play in showpiece of governance in the third world. The debate has arisen several times as to which arm of governance is the most important and which one needs the most attention. Age long principles such as checks and balances as well as separation of powers have made sure that the courts which fall under the judicial system both maintain their independence as well as are checked from rampant and arbitrary practice. As Ghana moves forward to establish itself as a haven in the midst of turmoil it is crucial to do some reflection. What type of judiciary has emerged over the past years? Is it one in which people can easily seek justice and access laws that serve their interest? Can marginalized people and communities participate in the judicial process and expect that their case will be fairly heard? Can anyone who decides on any given day “ have his day in court”?

The Ghanaian Constitution mandates Superior Courts of Judicature consisting of the High Court (of Judicature) and Regional Tribunals, the High Court of Appeals, and the Supreme Court. The Constitution allows the Government to nominate any number beyond a minimum of nine members to the Supreme Court; confirmation is the responsibility of Parliament. The Chief Justice is empowered to impanel the justices of his choice to hear cases. These provisions, along with a debilitating lack of resources, have called into question the court's role as a balance to the power of the executive branch and contributed to the perception that the judiciary occasionally is subject to executive influence. ( US State Dept)
The Constitution establishes two basic levels of courts: superior and lower. The superior courts include the Supreme Court, the Appeals Court, the High Court, and regional tribunals. Fast Track Courts, a division of the High Court of Judicature, intended to try cases to conclusion within 6 months have now been established to ensure a speedy dispensation of justice. The Fast Track Courts are authorized to hear cases involving banks and investors, human rights, electoral petitions, government revenue, prerogative writs, defamation, specified commercial and industrial cases, and criminal cases involving substantial public money or are a matter of extreme public importance. Parliament may establish lower courts or tribunals by decree.
With the establishment of the fast track courts many expected that the justice delivery system will be speedy if not better. Although it is true to say that many more cases have been heard with the arrival of the FTC, it is still the case that many Ghanaians experience long delays in seeking justice at the courts. To date many Ghanaians still have to go through the thorny and bureaucratic process of seeking the 'ear of judges' in this country. The court buildings themselves are in a poor state and it had to take the collapse of one of the cocoa affairs courts for authorities to realize that very soon a major disaster will happen at such a high risk place. Perhaps we're still waiting for some people to loose their lives before we realize it.

The Supreme court has been packed and is still counting . After all the constitution dictates that the President must appoint not less than nine judges with no ceiling on the numbers. President Kufuor, remember, loves to obey the constitution. So, he keeps packing the courts. Forget about the salaries of other judges in lower courts, forget about their terms of work, forget about the corruption. As long as the executive can win cases and the Chief Justices and other like minded people have their pecks, we have a perfect judiciary. This practice nevertheless has weakened the credibility of the Supreme Court since we know that even in the United States the President only appoints judges with similar beliefs to his. It is common knowledge that most presidents take advantage of this clause to control judicial decisions. Perhaps the time has come for us to consider the appointment of judges exclusively by parliament and not the president.

On then other hand whiles an attempt at fair justice procedures has sought to ensure greater levels of accountability and responsiveness in the formulation and implementation of social and economic rights and duties, it is only a vibrant, solid and unwavering judiciary that can secure the tidings of democracy that we continue to abide by. In most cases the Ghanaian judiciary has shown a great deal of resilience and we can also testify that to some extent there is an independent judiciary. Gone are the days when govern prosecutors, the attorney general and state attorneys have to win every case. These days party colours do not court cases. Indeed the government has lost a number of cases in court before. One can remember the famous first round fast track ruling that said the fast track courts are unconstitutional until the ruling was later changed in an appeal.

Whiles in the past the judiciary had suffered a crisis of legitimacy, the modern Ghanaian judiciary has shown encouraging signs of both independence and integrity. The increasing use of the judiciary to challenge laws or policy decisions has profound implications for democratic discourse in Ghana. It is clear that the ease with which Ghanaians are able to exercise their democratic powers under the court system has shown that people are generally better able to engage in seeking redress in court while the democratic experience lasts. This is certainly a great time to be a lawyer(don't really know about judge) as these days it can be seen that most people will rather engage the services of a competent lawyer than go through the consequences of not doing so. This is also evidenced by successful and high quality law chambers in this country that provide unblemished service albeit at cut throat prices.

Again, justice is for the rich, isn't it? But anyway, currently some members of the opposition party have compelled the President to constitute a committee to investigate the Chief Justice. Some members of the same party are currently challenging the 2004 electoral decisions in court. It is both poignant and a mark of libertarian accomplishment that in a continent captivated by selfish and power seeking deities, Ghana exists as an oasis. Doesn't sound like the sort of thing that will happen in the 'junta days', is it?

To provide an even more efficient and long lasting tradition of judicial success and independence in Ghana, the judiciary must be strong and fierce enough to declare many more judicial reviews when necessary, stampede the executive into keeping its prawns at their constitutional length whiles stamping its authority on legislative excessiveness or in action. For the sake of the perseverance of the sate and justice, can legal education made more accessible to those not in the elite bracket? The door to legal education(LLB, Law school etc) seems to have been postmarked “only for the rich, elite and connected” . Must the nation's bright and smartest youth who never had the chance to vote 'aye' or 'nay' be denied the chance to become lawyers or pursue a legal career because of economic conditions which are no fault of theirs?

In the mean time, 'the framers of the 1992' constitution never shied away from controversy by providing a constitutional provision which indemnifies members and appointees of the PNDC from liability for any official act or omission during the years of PNDC rule. Anyone knows what happened to that? Yes, despite all the big talk, the provisions have faded no where. The Constitution calls for a system of checks and balances, with power shared between a president, a unicameral parliament, a council of state, and an independent judiciary. Those are the basics of our governance system and maybe we're still waiting to get that right first.